Viewers of Ben Shephard's hit ITV quiz show were baffled by her appearance as she attempted to secure victory on Monday's episode. 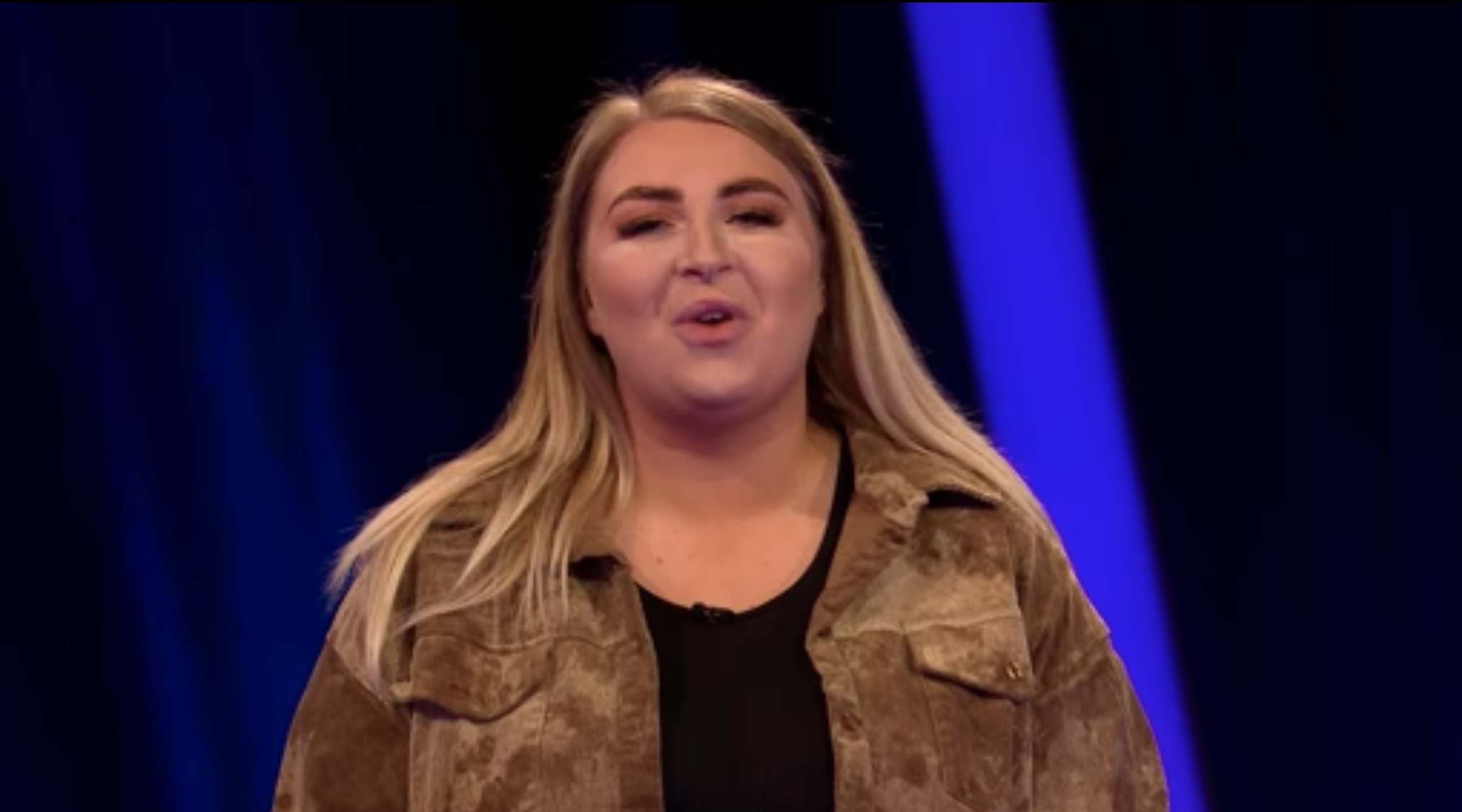 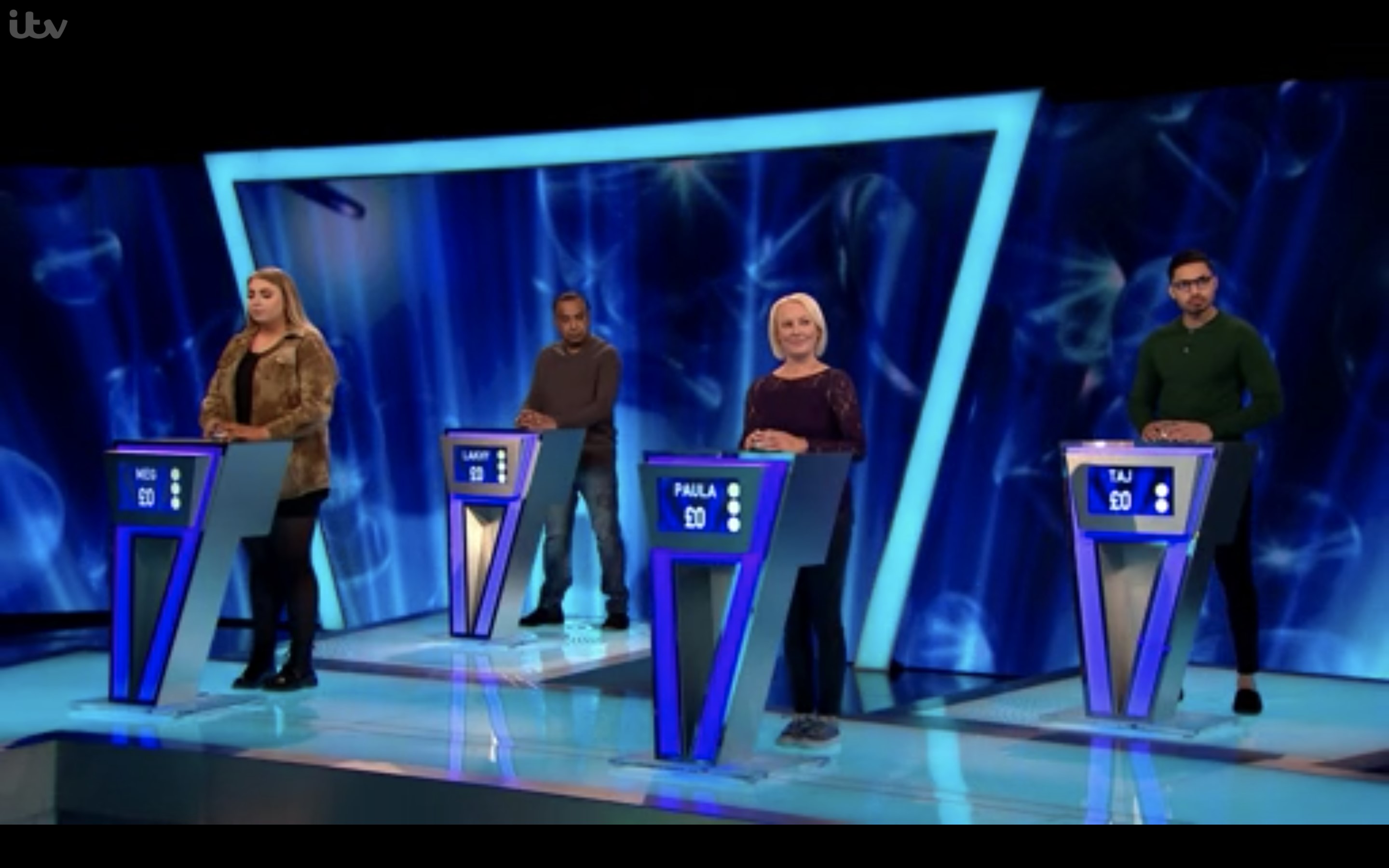 Meg made a great start to the show as she answered one of the opening questions.

Yet as she hit her buzzer to light her podium, fans commented how her hands looked "orange" compared to the rest of her appearance.

Meg wore a jacket over a black top and her hair in a straight style for her big Tipping Point debut, yet it was her hands that took centre stage.

One viewer took to Twitter to write: "Her hands are orange #tippingpoint."

Another unkindly commented: "The future is bright the future is Orange for Meg #tippingpoint."

Another cruelly noted: "Never seen hands THAT orange before!!! #tippingpoint."

Chris, 28, and his fellow players were on the show to raise money for Soccer Aid and UNICEF, but many viewers were too distracted by Chris' outfit to concentrate on the questions.

Chris wore a white shirt, tie and checked blazer for his appearance on the show, and teamed it with cropped white chinos.

He completed his outfit with a pair of white trainers and no socks, which some Tipping Point viewers couldn't get on board with.

Taking to Twitter, one wrote: "Is that guy on #TippingPoint expecting a flood?"

Another added: "As a 48-year-old I don't get this fashion of wearing jeans that obviously don't fit? Where are the socks???"

A third tweeted: "Get some socks on!" 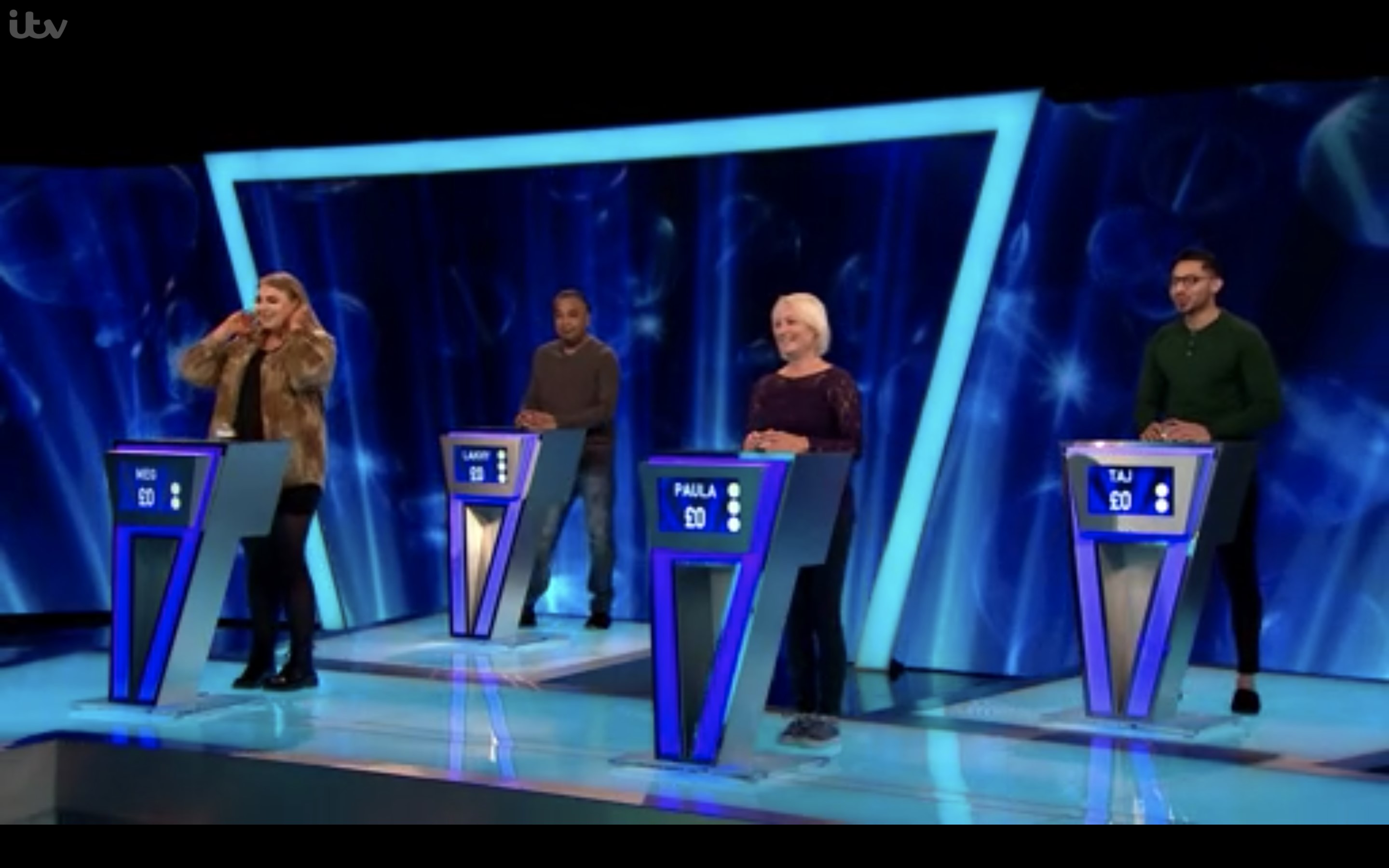 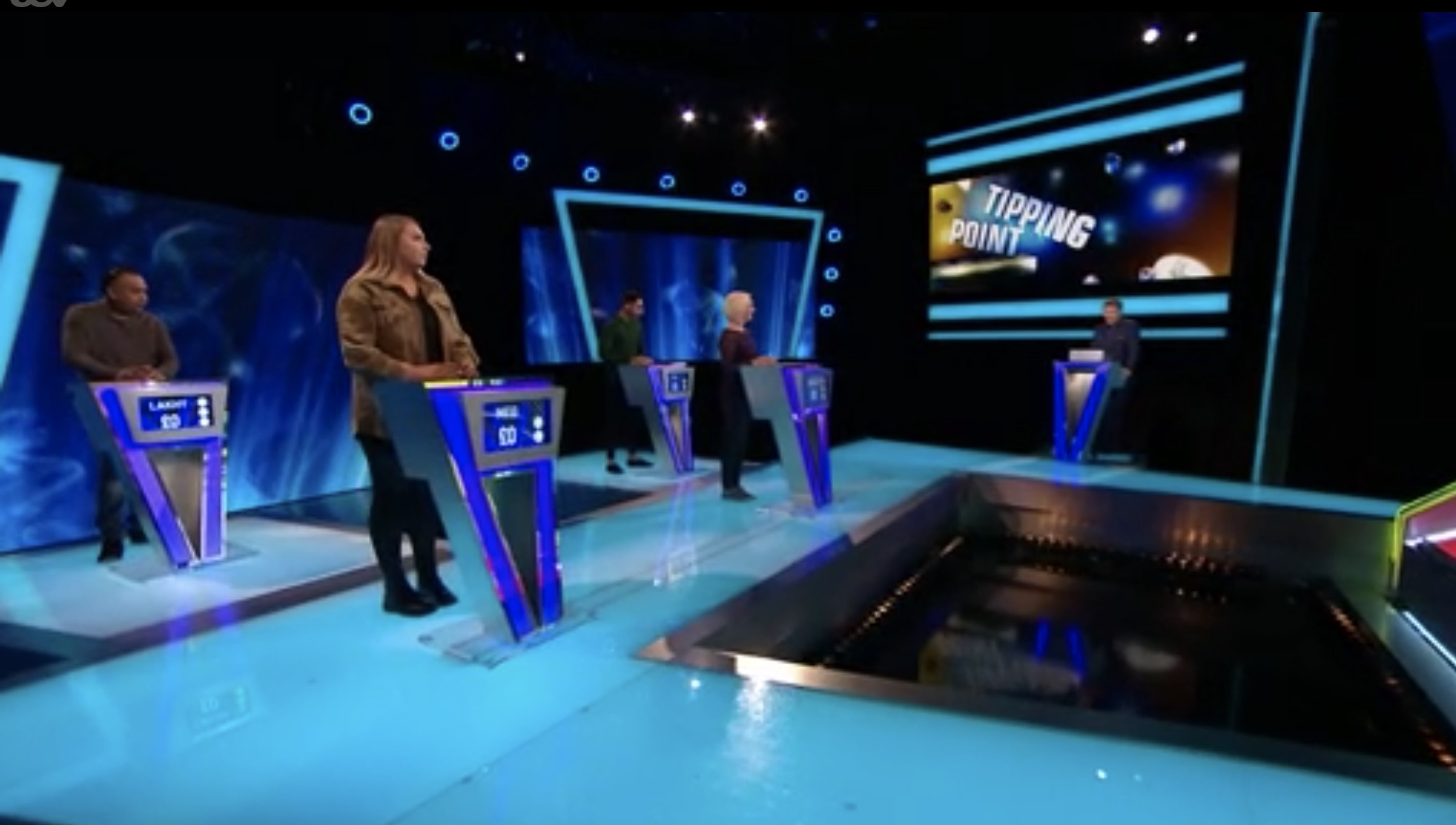 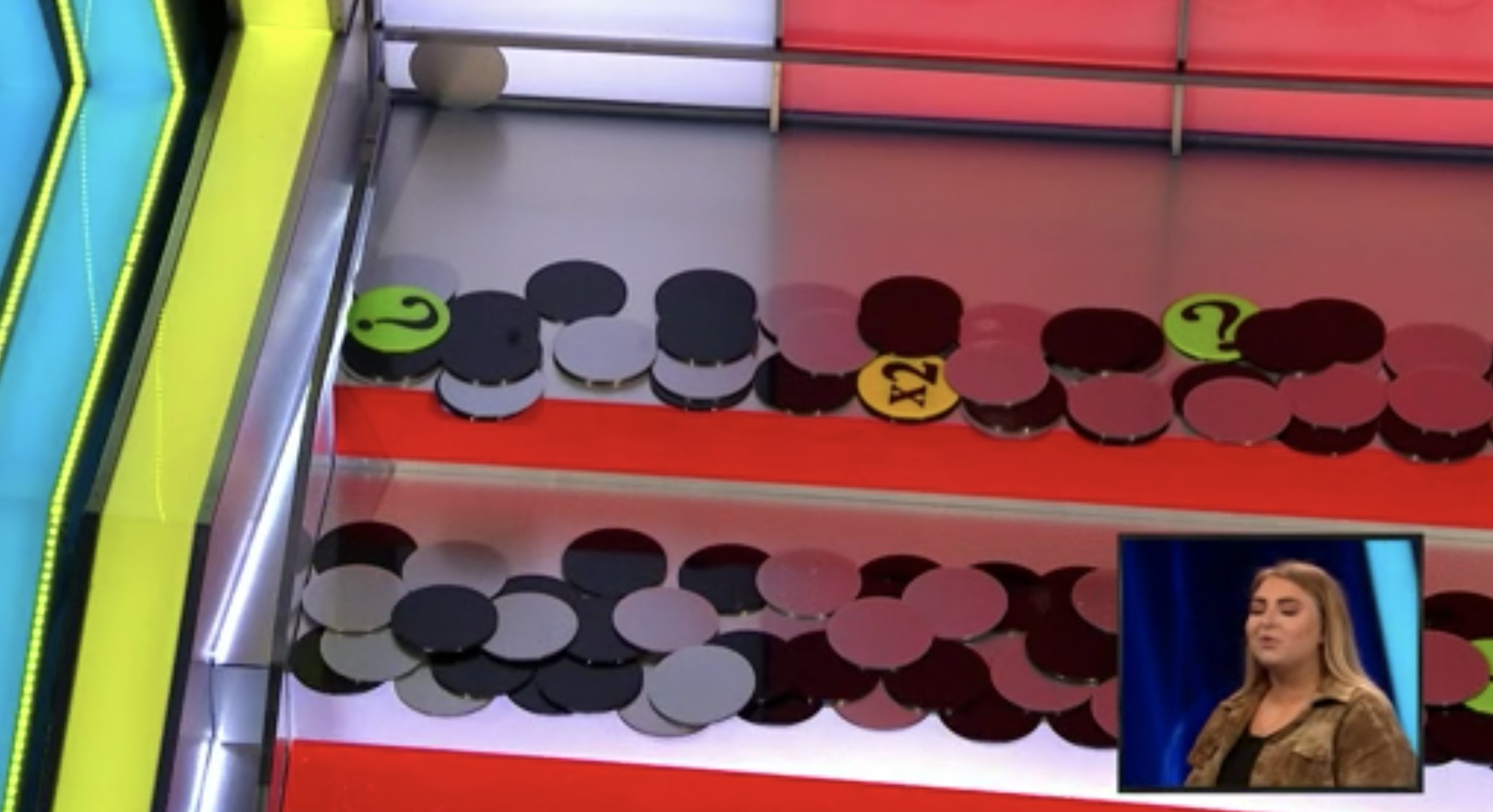