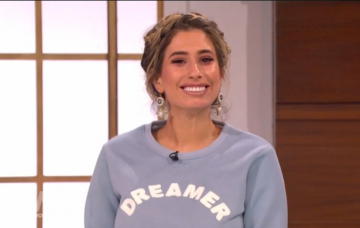 An old clip of Stacey Solomon on Loose Women saying she ‘didn’t get’ the royal family is going viral three years after it aired.

Back in 2018, panellists Christine Lampard, Linda Robson, Jane Moore, and Stacey were on the afternoon talk show discussing how Meghan Markle could help modernise the monarchy.

A clip of Stacey questioning their relevancy during this appearance has been a hit on TikTok and has now made its way to Twitter, where it’s currently trending.

‘We’re obsessed with these humans who are exactly the same [as us], it could be us four sitting there, I just don’t get it,’ the singer explained.

Jane said she thought the family were ‘becoming like celebrities,’ but she added that ‘the Queen is brilliant’, using the words ‘duty, responsibility’ and ‘figurehead’ to describe her.