Charmaine (played Lauren Hammersley) and Jack (Martin Henderson) have had far from a smooth-sailing relationship during the first two seasons of Virgin River. Introduced to Netflix viewers as Jack’s other half, it soon became clear Charmaine’s feelings for the bar owner weren’t exactly reciprocated, especially when he found himself falling for the town’s new nurse Mel (Alexandra Breckenridge). And while Jack’s survival itself remains a question mark heading into season three, Hammersley may have just dropped the biggest clue yet as to what lies ahead for his romantic life.

The last fans saw of Jack he was lying with a bullet wound in his side, bleeding out onto the floor of his bar.

Mel was the Virgin River resident to arrive seemingly just in time to get him help, although ahead of season three his survival and identity of the shooter remain two of the show’s biggest unknowns.

While local drug dealer Calvin (David Cubitt) seems the most likely suspect, some Netflix viewers have even tipped Charmaine to be the mystery would-be assassin.

But given the rather cryptic message Hammersley recently shared on writer and Virgin River creator Robyn Carr’s Instagram, fans may see the opposite to a deadly reveal. 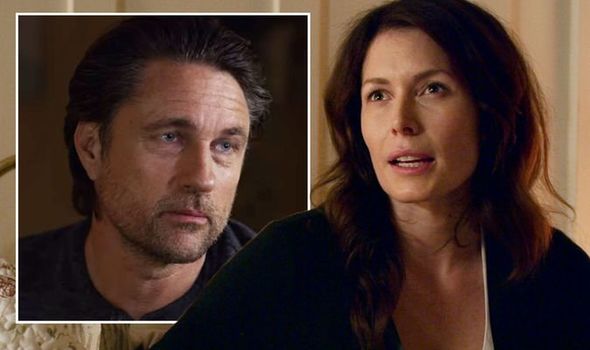 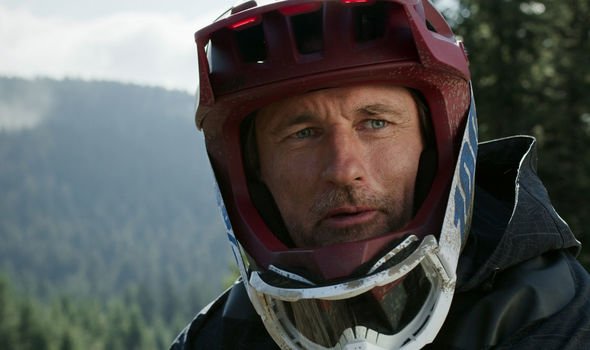 Carr penned the books on which Virgin River is based upon, with over 20 books overall in the series.

And she’s remained a present figure on the set of the on-screen adaptation, sharing a series of behind the scenes snaps from season two to her 15.8k followers.

“Pics from the @netflix Virgin River Series, Season 2. What are your season 3 predictions? (The release date of season 3 hasn’t been announce yet),” she captioned the post.

Inevitably, it didn’t take long for fans to respond to their post with their theories – including Hammersley. 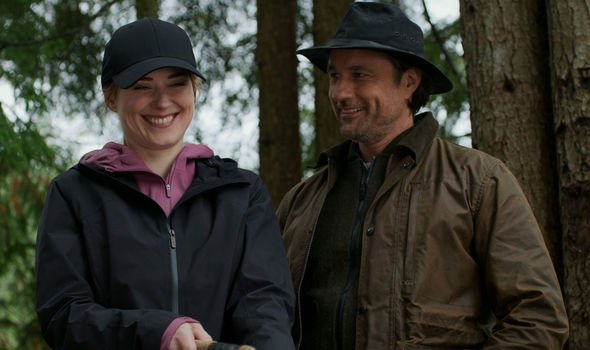 Teasing Jack and Charmaine may rekindle their romance, Hammersley replied: “I think that Charmaine is finally going to win Jack’s heart! [smile emoji].”

And it didn’t take long for fans to spot Hammersley’s comment, with many hoping the star was dropping a red herring instead.

“@hammerdoodle this makes me nervous [laugh emoji],” one fan replied.

While a second appeared to dismiss the idea, simply commenting: “@hammerdoodle Haha you wish.”

So could Hammersley have just dropped the biggest sign of what’s to come in season three or is she teasing fans with her clue?

Whatever happens, the Charmaine star isn’t the only one who’s had their social media following in a bit of frenzy after sharing cryptic posts recently.

Benjamin Hollingsworth – who plays Brady – took to the show’s official Instagram account earlier this month to give fans a peek of what’s to come.

Replying to a picture of himself in character wearing a helmet on set, Hollingsworth commented: “I’m wearing a safety helmet to protect myself from all the bombshell plot twists season 3 has.

“Hope y’all ready for it. #VirginRiver,” he teased to the show’s 243k followers.

Could one plot twist be that Charmaine and Jack rekindle their romance despite him moving forward with Mel?

After all, the two have history and Jack’s already made it clear he’s going to do what he can to be the best father to her children.

Or could another bombshell be on the way surrounding the children’ father – perhaps Jack may not be the real dad.

Fans will have to tune into season three to find out for sure.

Virgin River seasons 1-2 are available to stream on Netflix now.