Wanda and Vision’s stories were basically always aligned with one another. They were both introduced in Avengers: Age of Ultron and started to develop a stronger bond in Captain America: Civil War. This made it so that by Avengers: Infinity War, the two of them had a full-blown romance, one of the strongest the Marvel Cinematic Universe had seen. And one of their most well-known scenes completely influenced the writing and development of WandaVision. [Spoiler alert: Spoilers ahead for WandaVision].

In an interview with Variety on March 10, WandaVision showrunner Jac Schaeffer shared how she and the rest of the writers’ room did research on Wanda and Vision and wrote for these characters. She said that they wanted to use what Elizabeth Olsen, specifically, had created for Wanda in the MCU. And one beloved scene from Captain America: Civil War stuck out for obvious reasons.

“[We were] pouring over the scenes that existed in the MCU of Wanda, and Wanda and Vision, obsessing over all the little details,” Schaeffer said. “I mean, the paprikash scene is like this classic scene that’s held up and for good reason.”

While Wanda is under lockdown or a “timeout” at the Avengers compound after what happened in Lagos, Vision tries to make her paprikash and it’s not going too well. But as Schaeffer said, this scene has “so much intimacy” between the two and is a nice “pause” in an action-packed, superhero-studded film, that it it’s such a little gem. And a driving force for their team.

“That’s what we wanted to zone in on,” Schaeffer said. “You know, before I even knew Paul and Lizzie, it just seemed to me that they had their own little world as performers and as characters inside of the MCU. And that’s what we were chasing.”

For her, it also made sense because it went well with the quaint suburban arena WandaVision was going to be set in through Wanda’s sitcoms. It all “complimented itself” with each other.

Coming into ‘WandaVision,’ Olsen was looking forward to telling a story about Wanda working through her trauma in a unique way 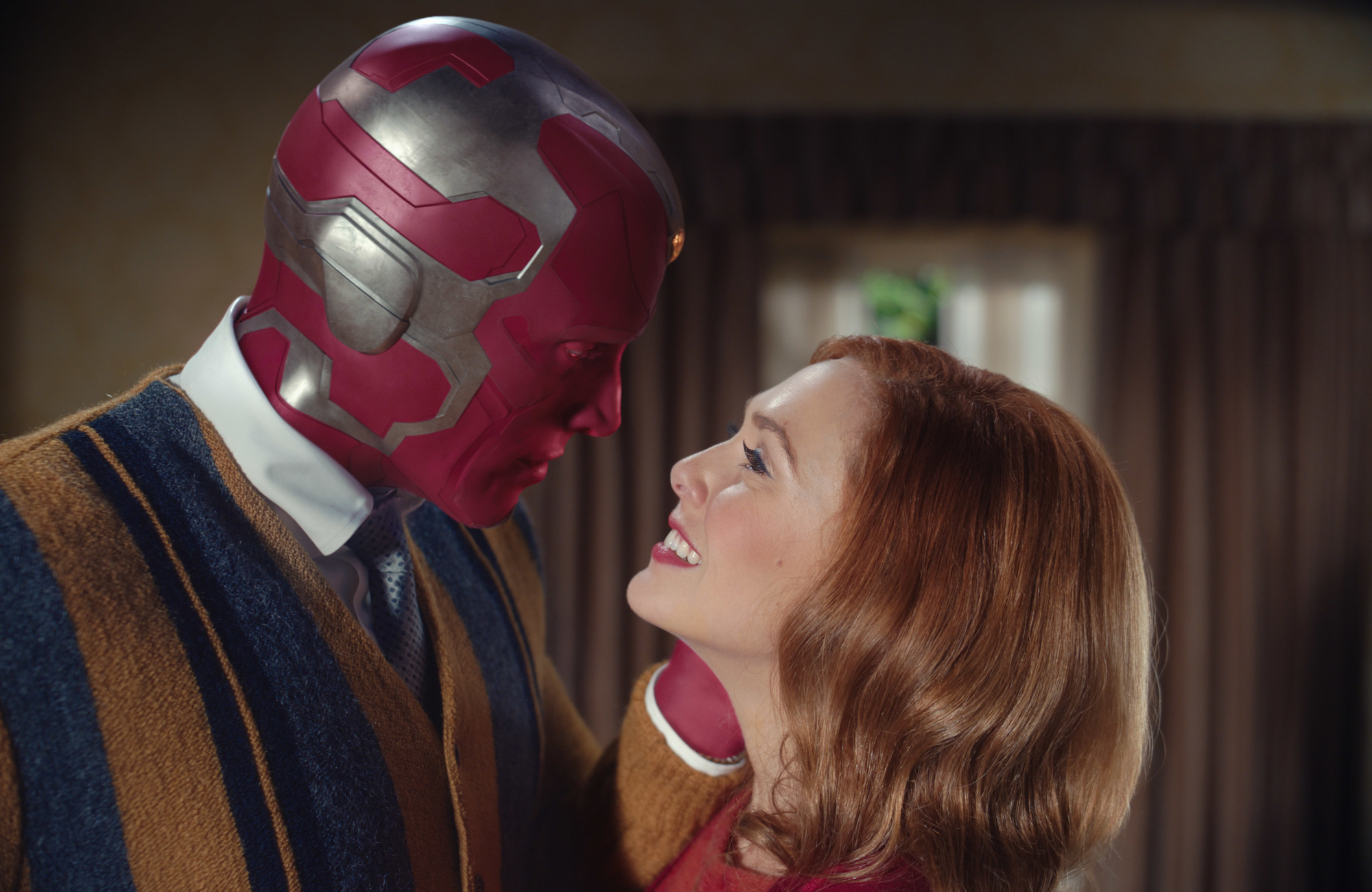 Schaeffer said that she looked to Feige and others on Marvel’s team for comic book help because she’s not as familiar with those. But, again, it really came down to Olsen’s portrayal in the movies. And as for what Olsen wanted for Wanda’s next step in the MCU, she really just wanted a story about how she processed the grief and trauma she’s been through.

“It was about this story of this young woman who has really had to make her way through so many difficult traumas without having the time to understand them, but really being forced to and propelled into making the best with what she had,” Olsen said. “And actually creating a real culture that has a nursery rhyme. Like really making this fake country tangible.”

Olsen said she loved the “suburbia” and family portions of WandaVision and never thought they were going to get to those parts of Scarlet Witch’s story.

Speaking of, ever since Olsen started in the MCU she’s been interested and hyped about this particular Scarlet Witch storyline, but again she never thought it would actually happen.

Back on Twitter on Feb. 4, the account Marvel Facts (@MarveIFacts) shared a press junket interview from Avengers: Age of Ultron that Olsen and co-star Aaron Taylor-Johnson did. She talked about what her favorite Scarlet Witch story that she’d love to see in the movies, which was “House of M.” She said that it “would never happen” in the MCU though.

“If she could have two fake babies and everyone tell her that they don’t really exist and then her just go nuts,” Olsen said. “That would be unbelievable, but I don’t think they’re gonna do that.”

She said it was probably be “a little too dark for the Marvel universe.” Yet here we are years later and WandaVision took a lot of key elements from those comics. Wanda didn’t quite lose her mind, but she did create a fake reality, create fake children, and lose a lot more than she started off with.