This Morning: Phillip says he has 'issues' with The Crown

Nicholas Farrell portrays Michael Shea in The Crown season four, episode eight. Shea was the former Press Secretary of Queen Elizabeth II (played by Olivia Colman), who left his post in 1987 after nine years in the role. Express.co.uk has everything you need to know about Michael Shea.

What happened to Michael Shea?

Michael Shea served as Press Secretary to Queen Elizabeth II from 1978 until 1987.

Before becoming Press Secretary, Shea served at the Institute of African Studies in Accra, Ghana before serving at posts at the Commonwealth Relations Office and as a second later first secretary in Bonn.

Shea found himself at the centre of a ‘mole hunt’ in 1986. He was suspected of being the person who gave a press briefing to The Sunday Times which implied there had been a rift between Queen Elizabeth II and Prime Minister Margaret Thatcher (Gillian Anderson).

As seen in episode eight of The Crown, Thatcher and the Queen squared off around the imposition of sanctions on South Africa for Apartheid. 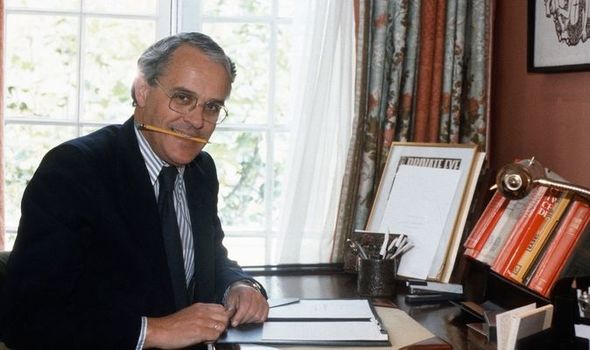 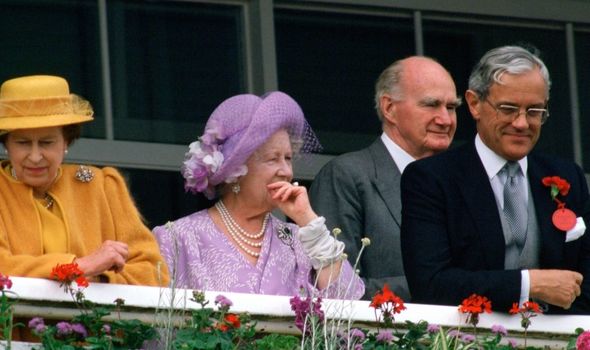 It is true Thatcher was reluctant to agree to impose the restrictions on the South African government, with the other 49 nations originally agreeing to economic sanctions against South Africa, apart from Britain at the hands of Thatcher.

In The Crown, the British press is portrayed as chasing rumours of tensions between the Queen and Thatcher, with the Queen instructing the Palace to report to press there was some truth to claims.

The Sunday Times then published a story under the headline, Queen Dismayed by Uncaring Thatcher, quoting an unnamed senior from the Palace.

Whether the Queen actually criticised Thatcher remains unknown as the Queen is technically meant to remain politically neutral. Nevertheless, the story did run across the British press.

The briefing stated Thatcher’s social policies and negative attitude to the Commonwealth of Nations caused the Queen ‘dismay’.

Per the New York Times, the article read: “The Queen has been described in recent press reports as worried that Mrs Thatcher’s firm opposition to sanctions threatened to break up the 49-nation Commonwealth.

Following The Sunday Times controversy, the Queen’s Private Secretary, Sir William Heseltine, responded to the controversy in a letter to The Times confirming Shea as the mole.

However, Heseltine insisted Shea’s comments had been misreported.

In The Crown, it is suggested Shea resigned from the role as a result but in reality, it is unknown if this was the case.

In 1987, Shea left the royal service and has continued to deny his exit had any relation to The Sunday Times fiasco.

DON’T MISS…
Did Princess Margaret die of the same illness her father had? [FACT CHECK]
Did Prince Charles EVER love Diana? Real life vs The Crown  [INSIGHT]
Did Diana and Charles really take William on tour to Australia and NZ? [DETAILS]

Where is Michael Shea now?

Shea was never knighted, but was made Lieutenant of the Victorian Order (LVO) in 1985 and was promoted to Commander (CVO) in 1987.

During his time as Press Secretary, Shea pursued a career as a writer under the pseudonym Michael Sinclair.

His first novel, Sonntag, was published in 1971 and was the first of 20 books.

Shea’s other novels included State of the Nation, Endgame and his memoir A View from the Sidelines.

In the 1990s, Shea worked as the director of Public Relations at building materials company, Hanson Plc.

In the latter part of his life, Shea returned to his native Scotland and lived in Edinburgh.

He also served as a trustee with the National Galleries of Scotland, the director of The Edinburgh Military Tattoo and as chairman of the Royal Lyceum Theatre.

The Crown is streaming on Netflix now