Hotel rooms got a little more crowded this week on The White Lotus — and Tanya’s marriage might be a little cramped, too. 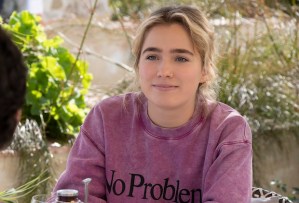 Sunday’s episode opens with Ethan waking up early and going for a run, leaving Harper to have breakfast alone with Cameron and Daphne (i.e., her worst nightmare). While Cameron yells on the phone about his lost luggage, Daphne chirps that the two of them never fight: “What is there to fight about anyway, right?”  Cameron agrees: “Happy wife, happy life.” Tanya wants to live out an Italian fantasy with a Vespa ride and big bowls of pasta, and Portia joins Albie for breakfast, where Bert complains about the absence of Dom’s wife (“She’s gonna get a divorce? You can’t let her do that”) and then invites Portia to come on their walking tour of an ancient amphitheater. Portia is trying to stay out of Tanya’s line of sight anyway, so she says: Why not? 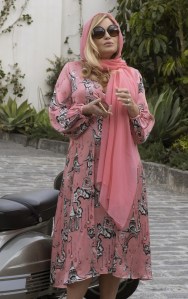 Tanya gets to live out her Monica Vitti fantasy, with Greg taking her on a Vespa ride through the mountains, though she swallows a bug at one point. Cameron grills Ethan about his sudden wealth and then again tries to butter up Harper, whining: “I feel like you don’t like me.” At the amphitheater, Bert complains that his granddaughter should be here too, harping on what Dom must’ve done to drive them away. Back at the hotel, Lucia suggests she and Mia have a threesome with Dom to thank him for the fun day they had, and Mia convinces the piano player to let her play a song by herself. She’s good, too!

We learn a lot more about everyone at dinner: Daphne reveals that she had a difficult birth with her last child, and Cameron shows real emotion as he comforts her. (Who knew he had a heart?) Bert chastises Dom for being “sloppy” with his infidelities and urges him to fix things with his wife, even though Bert had his own “peccadillos” when Dom was younger. Albie opens up to Portia at an intimate dinner, condemning his father’s roving eye and vowing to never be like him. She wants to have some real experiences, away from social media and apps, and she gets one when Albie tentatively asks to kiss her. Their smooch was kind of chaste, though, huh?

Tanya’s dream day comes crashing down when Greg announces he has to fly back to Denver tomorrow for work; he can’t just live off her money since they signed a prenup and he can’t be sure she won’t leave him. Tanya gets incensed (“You hate me, don’t you?”) and storms off in tears. Harper apologizes to Ethan for being a “shrew,” but he turns her down for sex again, just as Cameron and Daphne are getting steamy in the next room. Lucia knocks on Dom’s door, and he tries to turn her away to salvage his marriage, but he can’t resist when Mia is there too. The three of them drink and dance and party through the night — and Tanya wakes up to hear Greg telling someone on the phone: “She’s clueless as usual. I’ll be home tomorrow… I love you too.” How dare you!!

Got thoughts on this week’s White Lotus? Drop ’em in our suggestion box (i.e., the comments) below.