CRUZ has gone public with his new girlfriend Bliss Chapman.

The 16-year-old showed off his young love at Reading Festival 2021. 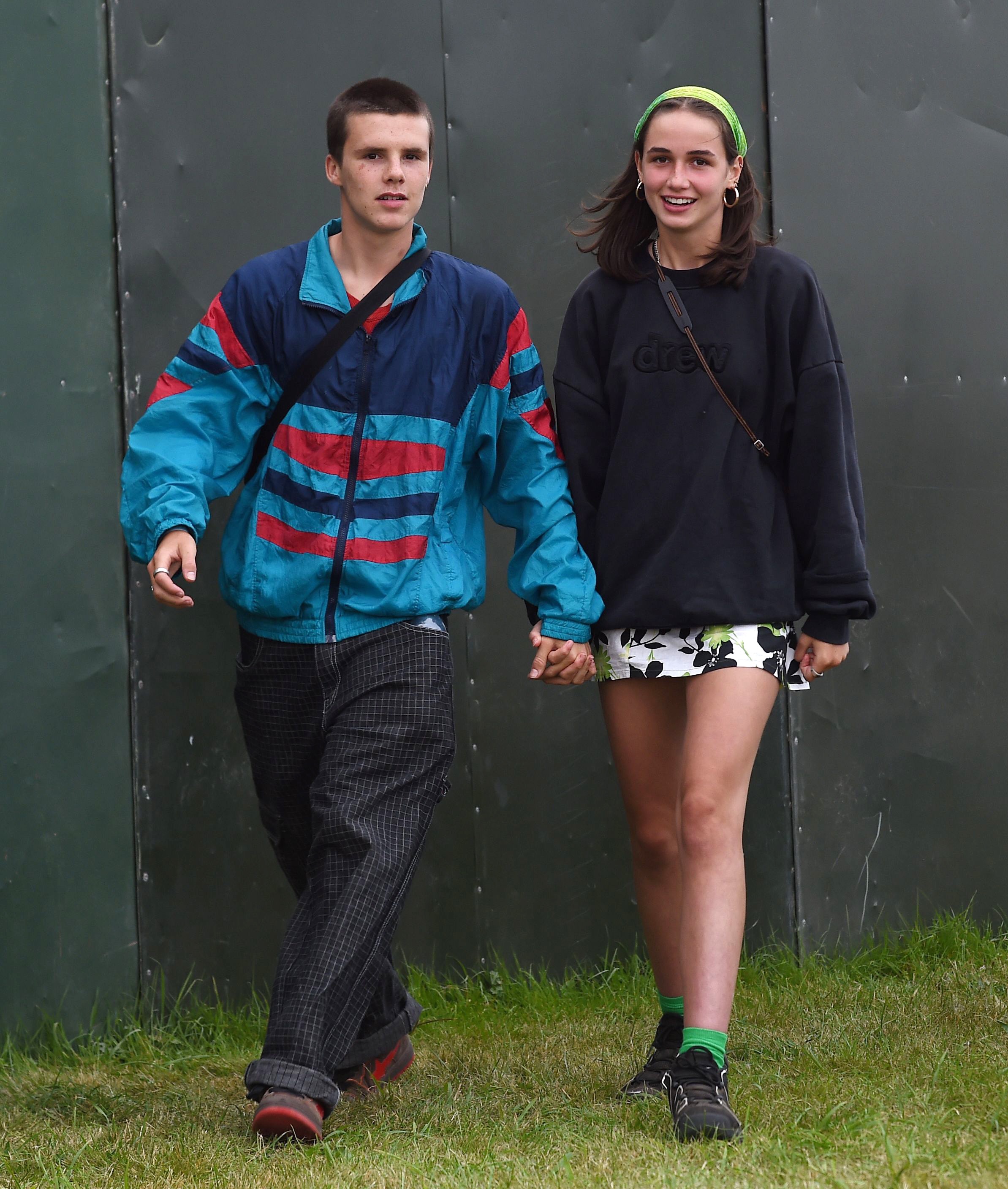 The Sun revealed how Bliss Chapman is a family friend who is already being followed on Instagram by Cruz's big brothers Romeo and Brooklyn.

A source told us: “Cruz and Bliss have been dating for just over a year.

“They’re really happy and had a great time at the weekend enjoying some live music at Reading. Beckham family fans have been closely monitoring social media to spot the couple and some had seen them in the crowd.”

Bliss is the daughter of celebrity nutritionist and former model Rosemary Ferguson and was Kate Moss’s bridesmaid at her wedding to Jamie Hince in 2011.

How did Cruz Beckham and Bliss Chapman meet?

It is believed the young couple have been dating for a year now – although an exact time is not known.

The pair already knew each other as their mums are pals.

Bliss' mother is a family friend and has previously been seen partying with Victoria, including at a Vogue bash in February 2020.

Cruz chose the August 2021 bank holiday weekend to go public with his girlfriend.

The son of David and Victoria was seen getting cosy with Bliss at Reading Festival.

Sporting a blue and red jacket and jeans, he was seen holding her hand as they walked around the festival site.

Who else has Cruz Beckham dated?

As Cruz is only 16-years-old this is his first official romance.

The teen is the latest Beckham to enter into a relationship.