If you mixed reality TV moms Michelle Duggar and Kris Jenner together, adding in a dash of Carole Baskin from “Tiger King,” you’d get Kim Plath. The fundamentalist Christian matriarch of the TLC show “Welcome to Plathville,” is a mother of nine and Barry Plath’s wife, and she’s undoubtedly a reality TV villain. Unfortunately for Kim’s children, she is also a villain in real life.

Kim has a successful career as a naturopathic doctor in rural Georgia. Kim and Barry have a net worth of $3 million, and the couple’s fortunes have increased by putting their children on reality TV. Before the Plath parents put their kids on a reality show, they toured as a southern gospel family band called The Plath Family. Kim is the mother of Ethan, Hosanna, Micah, Moriah, Lydia, Isaac, Amber, Cassia, and Mercy. Ethan lives on his own with his wife Olivia Plath. Hosanna is married to Timothy Noble; they live in Ohio. Barry and Kim had another son 17-month-old son Joshua, who died in 2008. There’s a lot to take in, but back to Kim.

Like the Duggar family, Kim and Barry raised their family in a strict environment; they homeschooled all nine kids. But the rules the Plath’s put in place for their kids make the Duggar family seem like college kids on Spring Break in Daytona Beach, Fla. Keep reading for why, and to learn more about Kim. 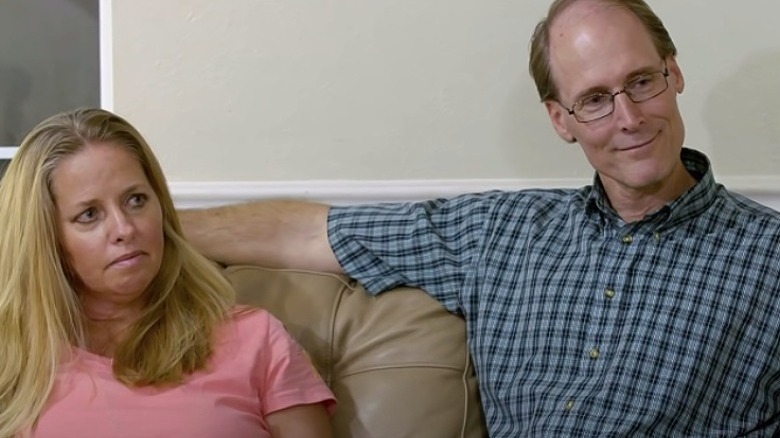 “Welcome to Plathville” stars Kim Plath and Barry Plath are estranged from some of their older children. Their oldest son Ethan and wife Olivia have cut off communication with his parents. Kim believes that Ethan’s wife Olivia has “led Ethan astray” because she introduced him to Coca-Cola, alcohol and movies, per Woman’s Day. The YouTube series “Without a Crystal Ball” says that Kim and Barry believe their daughter-in-law is “possessed by evil spirits.” The Plath kids were not allowed to do “normal” activities such as watching TV, listening to music, using a mobile phone, or drinking sodas growing up. Oy.

Kim’s older kids Micah and Moriah Plath are on their own. The second oldest son Micah is a model, and the Plath’s don’t approve. In “Plathville” Season 2, Micah explained, “I’m not allowed to see my younger siblings unless my parents are there because of my lifestyle.” Moriah Plath is the “rebel” of the family because she wanted to have a cell phone and go on dates when she was 18. It’s not clear if Moriah left home on her own or was kicked out.

“Welcome to Plathville” fans have feelings about Kim. One Redditor wrote, “What a terrible human being. I hope she loves Barry a lot because its just going to be the 2 of them for the rest of their lives after their last kid turns 18.”

Kim Plath's tight control over her kids has backfired 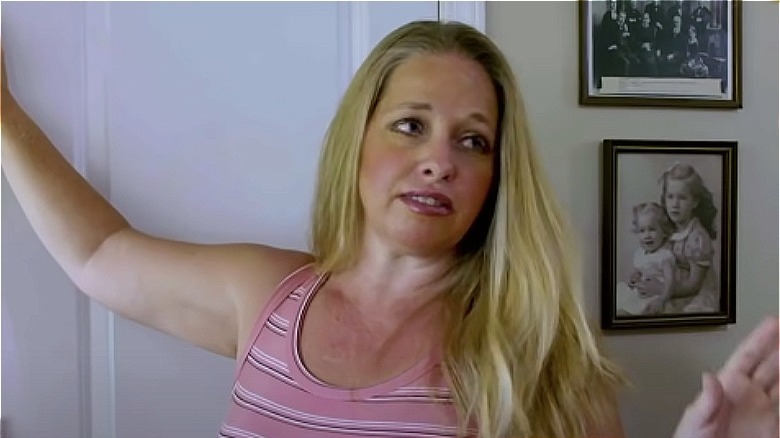 Kim Plath’s parenting style didn’t exactly bode well. In the Season 2 finale of “Plathville,” Ethan Plath called out his parents for their poor treatment of Olivia. In Season 2, Kim and Barry did not allow Ethan and Olivia to see the younger kids because they disapproved of his wife. One Twitter user summed it up, “Imagine losing your relationship with your firstborn son because his wife introduced him to Coca Cola and Taylor Swift.” Word.

In Season 2 of “Welcome to Plathville,” Micah and Moriah Plath confront their parents on the fact that Kim and Barry didn’t prepare them for life. It turns out none of the older Plath kids got high school diplomas, per Cheat Sheet. The outlet reported that Micah and Moriah had to get birth certificates and work to get their GED’s after leaving home. Kim was responsible for teaching her brood, but Ethan didn’t know that women menstruate. His wife Olivia had to explain it to him after they got married. Um, what?

Kim still has Lydia, Isaac, Amber, Cassia, and Mercy at home. Let’s hope that Kim learns from her mistakes with the older kids. Or maybe the older Plath siblings can help prepare the little ones for the world. A parent and therapist on the “Welcome to Plathville” sub-Reddit said watching Kim and Barry Plath is “fascinating TV as a primer on what not to do with your kids.”