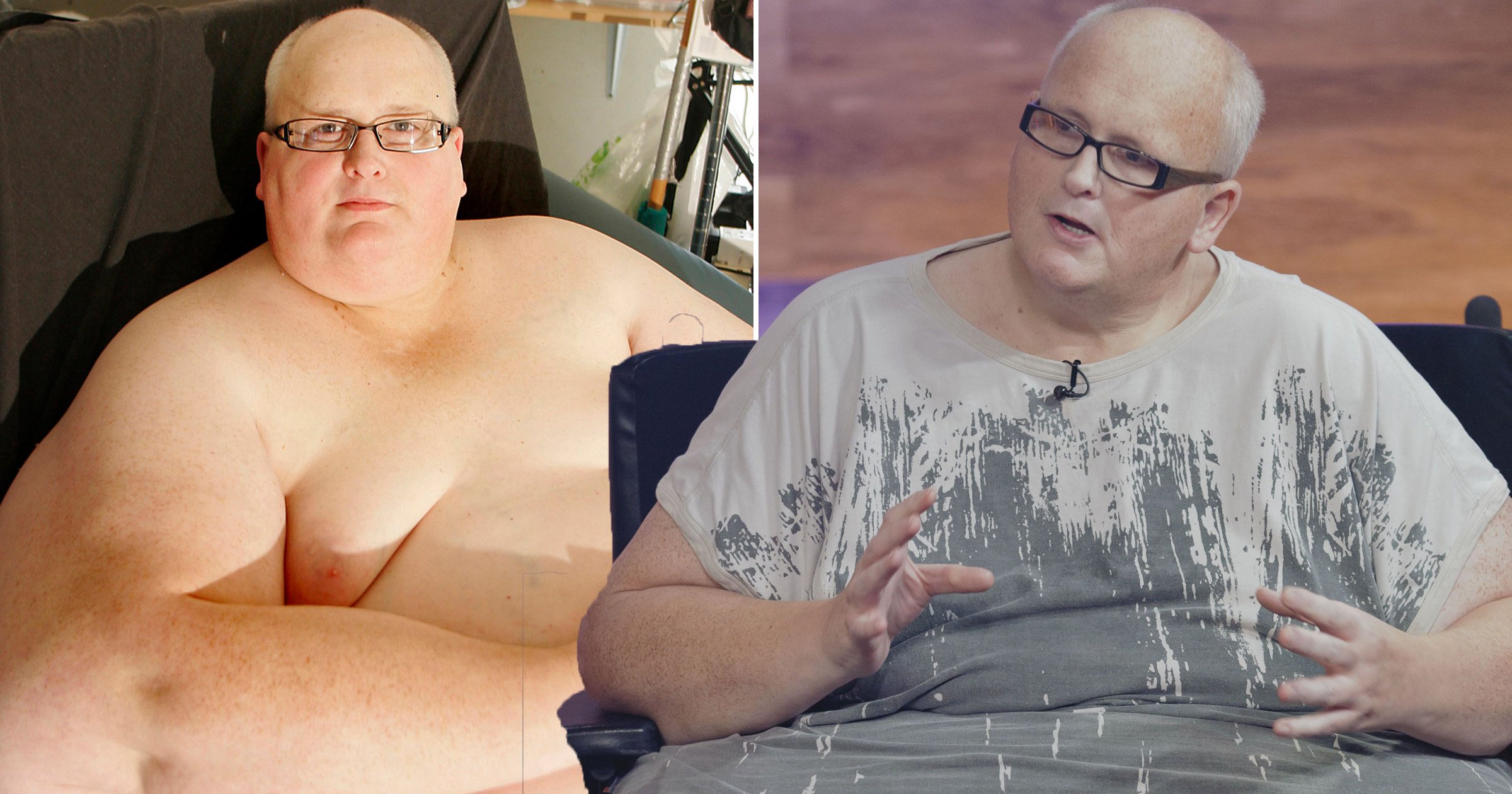 Viewers of The World’s Fattest Man: 10 Years On were stunned to learn about Paul Mason’s eating habits at the height of his addiction to food.

The documentary followed Paul, 61, who weighed nearly 80 stone at his heaviest, in his decade-long bid to lose weight through gastric band surgery as well as the removal of his excess skin, and his battle with putting weight back on.

During the film, he revealed that at the height of his food addiction, he would eat, four takeaways, 40 chocolate bars and 100 bags of crisps each day, leading to his weight gain.

Viewers took to Twitter to share their shock, writing: ‘40 chocolate bars & 100 packets of crisps a day. Say you slept 7hrs that’s over 3 choc bars & 6 packets of crisps every hour! I can’t believe my eyes here. Hes got down to 52stone at this point losing over 30stone.’

Another added: ‘4 takeaways a night? He needs to deal with the route cause, because you can lose all the weight in the world with surgery, but if you don’t deal with the underlying issues you’ll fall back into bad habits.’

The poor diet also led to Paul having to do his own risky dental surgeries including pulling out his own teeth after not being able to make it to the dentist due to his size.