X Factor Celebrity was back on television screens up and down the nation tonight with the quarter finals of the singing competition. V5 took to the stage and sang Bang Bang by Jessie J, Ariana Grande and Nicki Minaj. However, following their performance Simon Cowell asked them what it meant to win the show and when one of the band members replied, they got visibly emotional.

Renata Vata took the mic and replied: “I’m so emotional.

“We just want to say thank you because, every time I close my eyes I can see five familiar girls from different countries, Latin America and we’re here making our dreams come true.

“We can’t be thankful enough and we want to make it to the final and share music, love and everything with you guys. Thank you,” she said. 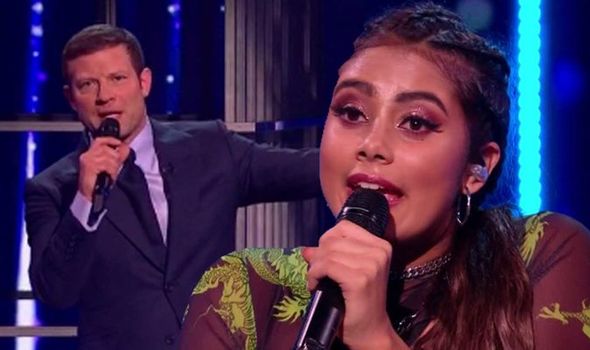 “Yes we’re happy to be here with you and we want to share everything with you, we love you,” Renata continued.

“Hold it together Renata!” Dermot joked.

One said: “It’s all about the group’s this year for me #V5 #XFactorCelebrity.” 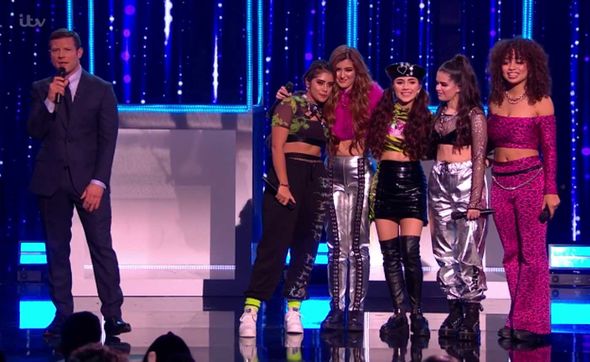 “V5 is so talented #XFactorCelebrity,” another wrote.

A third remarked: “#XFactorCelebrity v5 presentation was the best of the night so far.”

“V5 threw out their last lifeline and it may have worked, its best performance by a clear mile so far. #XFactorCelebrity,” a fourth commented.

While another tweeted: “V5 they were super they sounded amazing #XFactorCelebrity.” 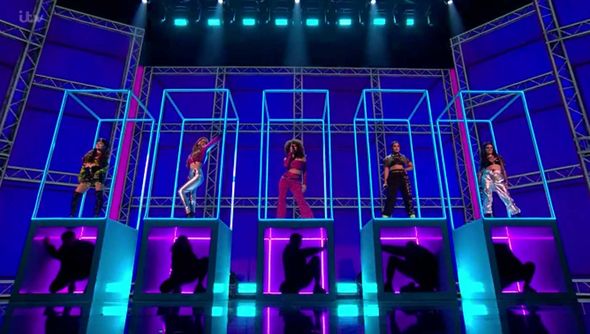 However some didn’t enjoy it.

One said: “I have to say I was rooting for v5 last week. But that was the worst performance of the night hands down. Far too messy #XFactorCelebrity.”

“Not even a dance break or confetti could save that performance, V5 should’ve left last week, I’d rather be watching No Love Lost #XFactorCelebrity,” someone else commented.

A third remarked: “I loved v5 this week, but they don’t have strong enough voices #XFactorCelebrity.”

Tonight, the Latino band were saved by the public.

It was Vinnie Jones and Kevin McHale who had to sing for their place in the competition.

Vinnie sang an Irish Limerick A Capella and Kevin opted for an uptempo pop song.

Despite Vinnie bowing out gracefully, Simon Cowell refused to let the actor give up his place in the competition for Kevin.