THEY might have been married for 36 years but Simon Le Bon is still a pop star in his prime in wife Yasmin’s eyes. 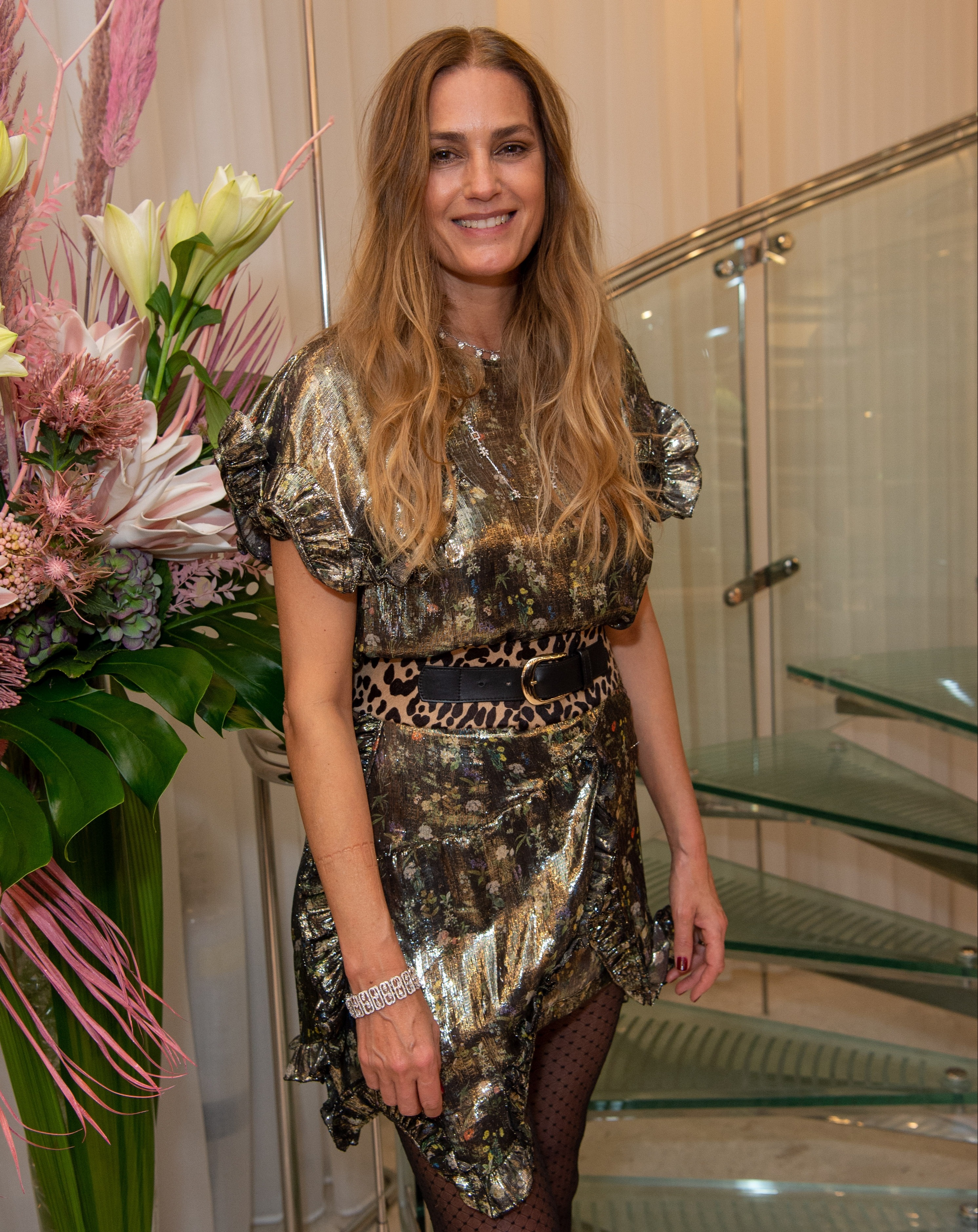 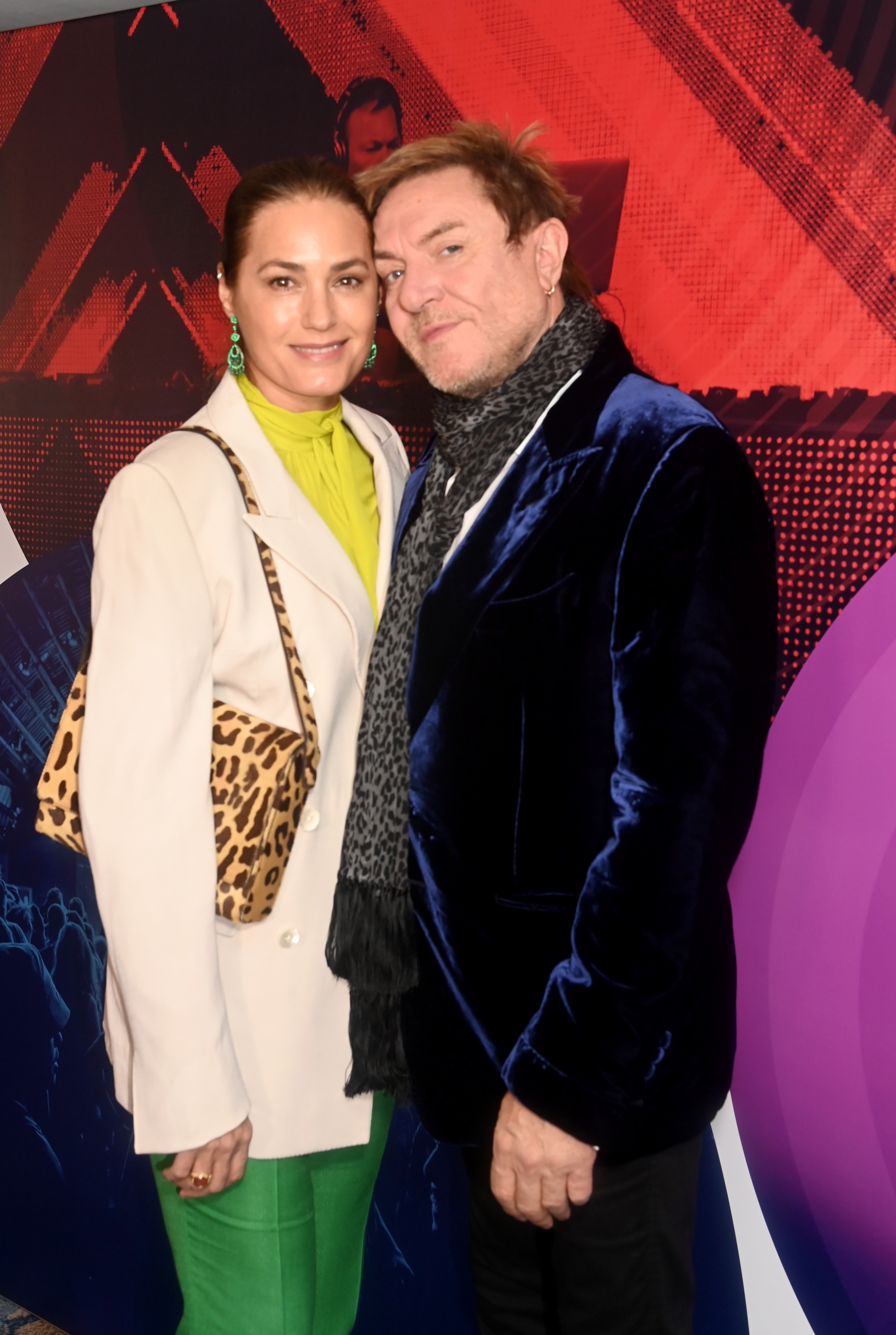 In an exclusive interview with The Sun on Sunday, the fashionista opens up about the secret to longevity and why society needs to be more open about the menopause — a cause being championed by our Fabulous mag’s Menopause Matters campaign.

Asked who should play the Girls On Film crooner in the biopic, Yasmin said: “Ryan Reynolds would be great as Simon.”

It comes after the band’s drummer, Roger Taylor, recently revealed the group were making a biopic about their incredible career, saying: “It is being discussed and we’ve had different scripts and ideas put forward.”

As rocker spouses go, Yasmin is the quiet queen of the crop, having wed singer Simon when Duran Duran were at the height of their fame in 1985.

The smitten singer had spotted her on the cover of a glossy magazine and tracked her down through her agent.

Married at 21 and a mother by 24, Yasmin had three daughters, Amber, Saffron and Tallulah, now aged 32, 30 and 27, while Simon was travelling the world with the band and she was following her successful modelling career.

But the couple are stronger than ever and put on a loved-up display at the Music Industry Trusts Award in London last week, holding hands and whispering to each other.

It seems the secret to their happiness is freedom and not holding each other back.

Asked what rules she has lived by, Yasmin said: “You should do everything — don’t say no, take every opportunity and fit in as much as you can while you have the energy and while you’re young.

“Try to pack as much into your life as you can — you’ll have time to sleep later. We don’t have any regrets.”

Yasmin is comfortable in her relationship and doesn’t feel the need to renew her wedding vows, although she has been tempted.

She said: “We thought about that years ago, but now I honestly don’t think I could be bothered to organise a party. It would just be an ad-hoc kind of thing, and we couldn’t be arsed.

“I think part of the reason that we’re still together is because we had a ramshackle wedding anyway.

“If you think long and hard about those things, you just don’t do them.”

'YOU CAN SLEEP LATER ⁠— DON'T HAVE ANY REGRETS'

Even as grandparents — the couple welcomed their first grandson, Taro, in 2018, followed by granddaughter Skye in 2019 — Simon still performs with Duran Duran all over the world and Yasmin is busy shooting modelling campaigns.

However, the Oxford-born beauty has said she prefers it when the couple are together under one roof.

Speaking in 2019, she explained: “Being apart is becoming more difficult the older we get.

“We’re finding time apart more difficult. Twenty-four or 48 hours is fine, but when it starts getting longer, it’s hard. It’s getting harder as time goes by.

“I suppose we’ve done it for so long and we’re kind of sick of it now. I’m getting into a different phase of life.” The couple, who live in London, are now happiest at home spending time with their grandkids.

Opening up about becoming a grandma Yasmin said: “It’s the best club I’ve ever joined.

“It’s amazing. I had no idea. Simon loves it. We’re getting a second chance of playing with the baby. You can imagine.

“We were fighting over Taro the whole time. You should see us.

“We put him on our bed and danced around him, trying to be the one to make him laugh.”

Three years ago Yasmin bravely opened up about her struggle with the menopause, saying it affected her memory and caused her to ache all over.

Now she insists the issue is a vital conversation society needs to keep having to end the taboo surrounding it and to raise awareness.

She said: “My friends and I talk about the menopause all the time — more should be said about it.

“I still get muscle ache and joint ache. It happens a lot.

'IF IT HAPPENED TO MEN WE'D ALL KNOW ABOUT IT'

“I think the brain fog is the worst. I call it the conveyor belt of words, because they’re just on a conveyor belt and I’m waiting for them to come back to me.

“If it happened to men we’d all know about it, something would be done and it would be a totally different story.

“We have to change the narrative — it shouldn’t be such a taboo. All women go through it – it’s something that’s going to happen to you.

“I’ve been reasonably lucky, but it’s been a roller-coaster — it still is, but it’s all about fine-tuning, and things change all the time.”

Speaking to Red magazine previously about the process, she said: “The menopause is a bit s***, actually.

“You ache all over, you’re tired and fractious and you develop a layer of padding all over.

“You can’t remember to make that appointment to see the damn endocrinologist.

“You can’t remember where you parked the car. It’s important that you tell people this.

“I share this with my girls because I want them to be a bit more prepared than I was.”

As she approaches 60, Yasmin wears her years beautifully, having barely aged and commanding a sharp and stylish dress sense.

'DO WHATEVER FLOATS YOUR BOAT'

Statuesque at 5ft 9in, she has admitted to regularly having a sprinkling of Botox to iron out any wrinkles on her otherwise smooth complexion.

She also dyes her locks brown to keep any grey roots at bay, but let her mane go silver in lockdown.

She said: “I think you should do whatever floats your boat. It’s nobody else’s business but your own — so do whatever makes you happy.”

As well as sleeping sitting up — a beauty trick she picked up from fellow supermodel Iman — she prefers to use natural organic ingredients on her skin.

Yasmin recently became an ambassador for Olivanna, a new natural skincare range founded by former model Janine Summers, who created the line when she struggled to find products effective enough to work across generations.

Opening up about the collaboration, Yasmin said: “It’s all natural ingredients, which I like as it’s sensitive for your skin. It’s an easy fit.

“We had a great time shooting it — I’m very happy to be associated with it.”

She added: “Some days I just want to stay under the duvet, but other days I wake up and feel glam — I feel fun.” 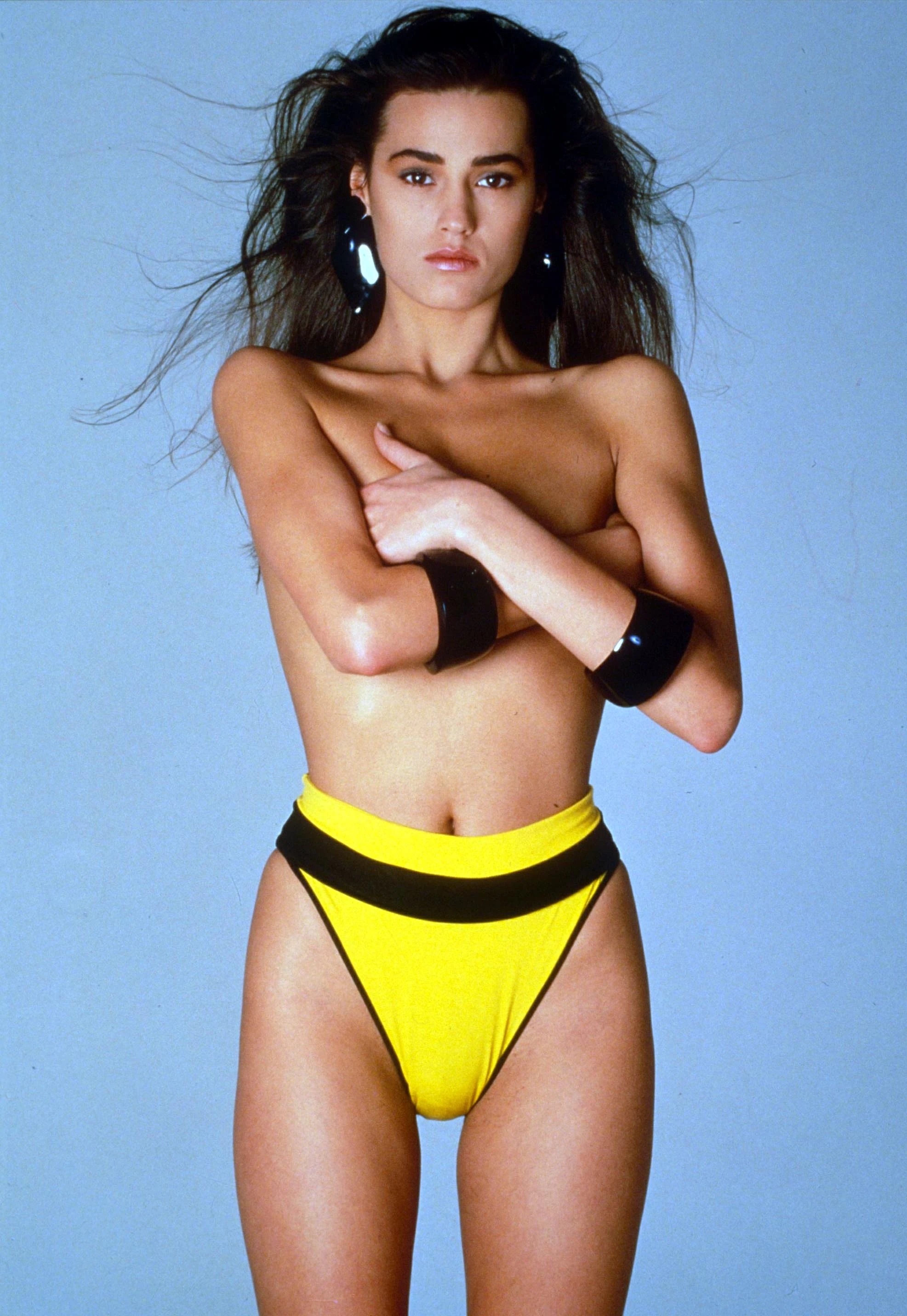 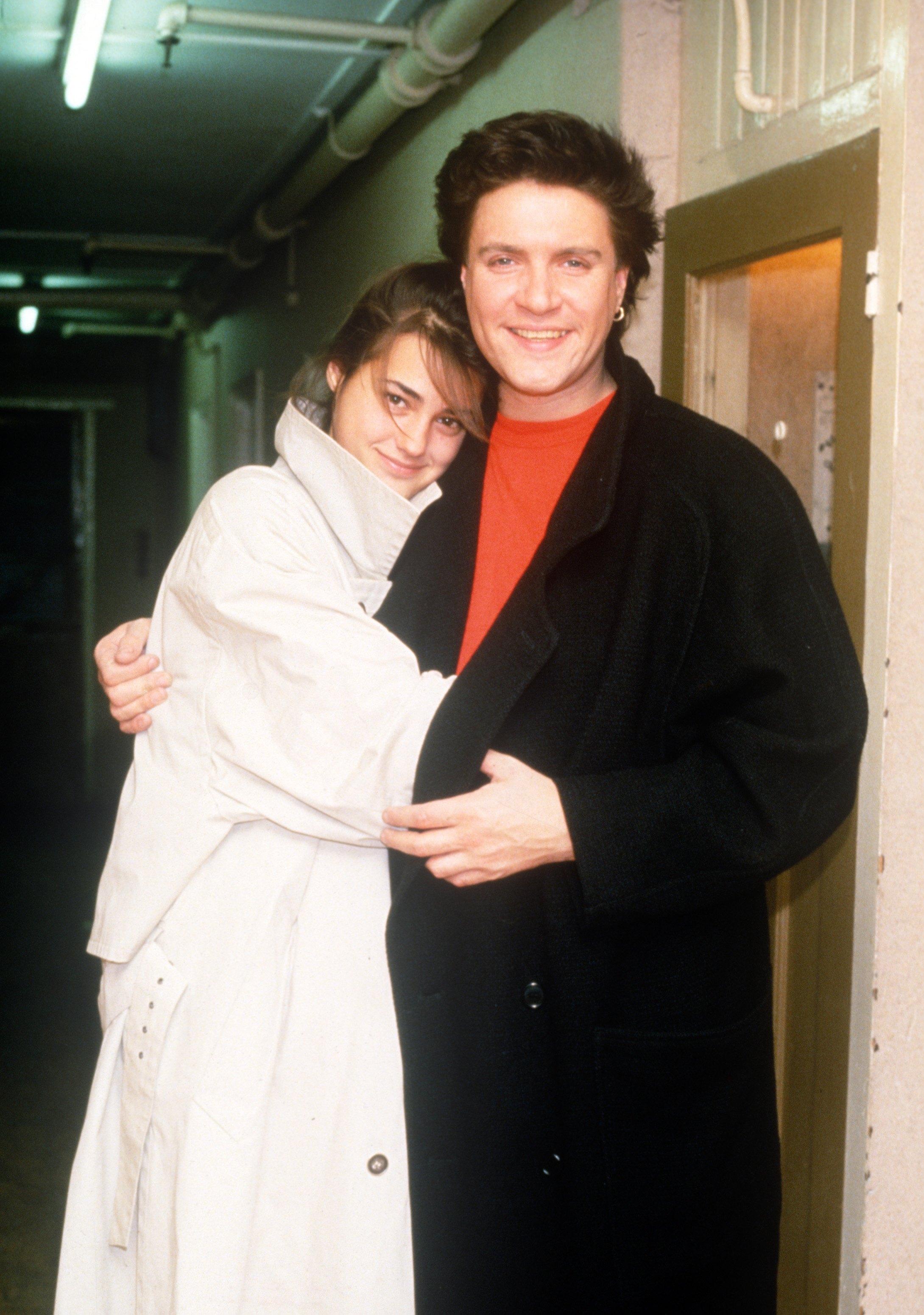 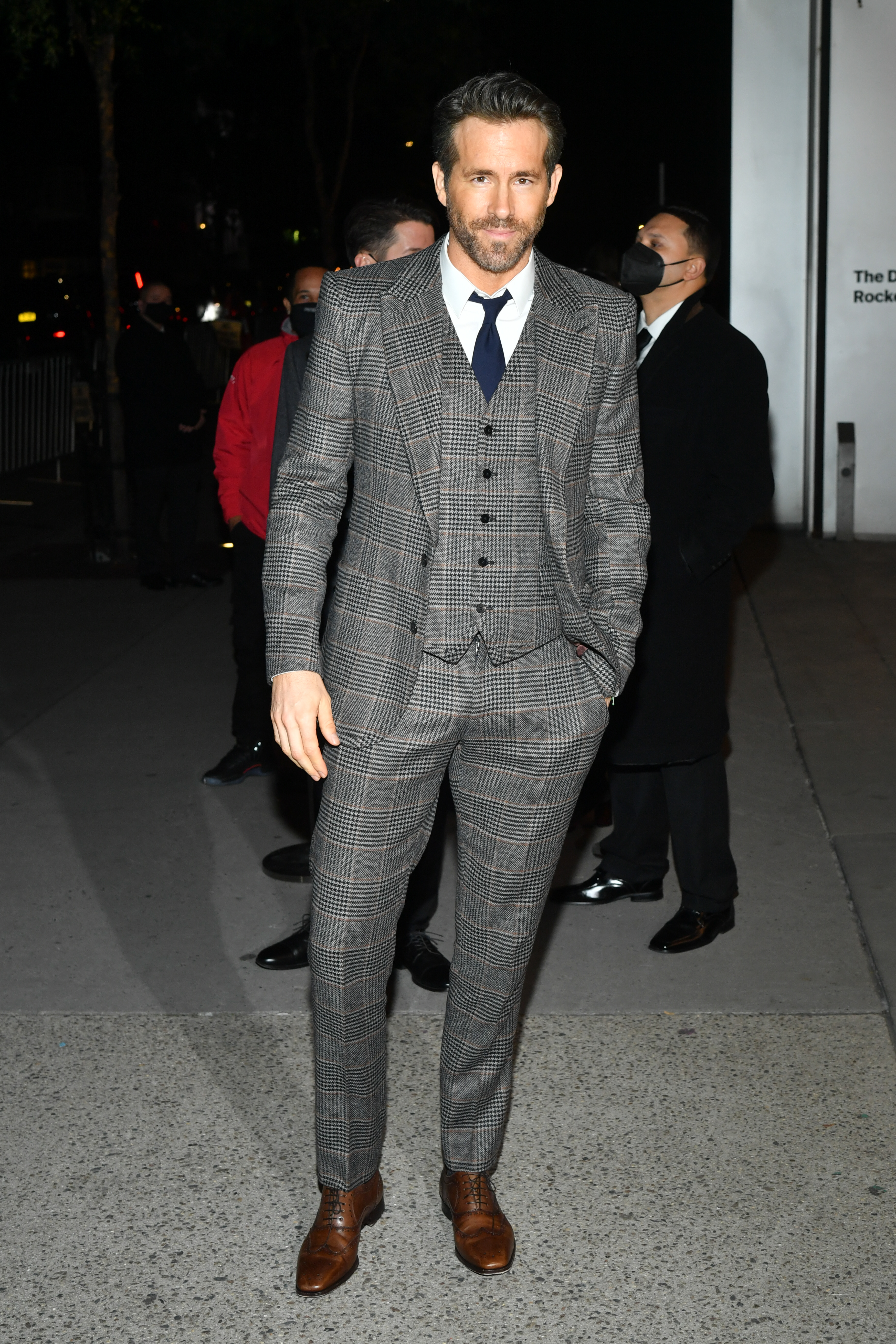 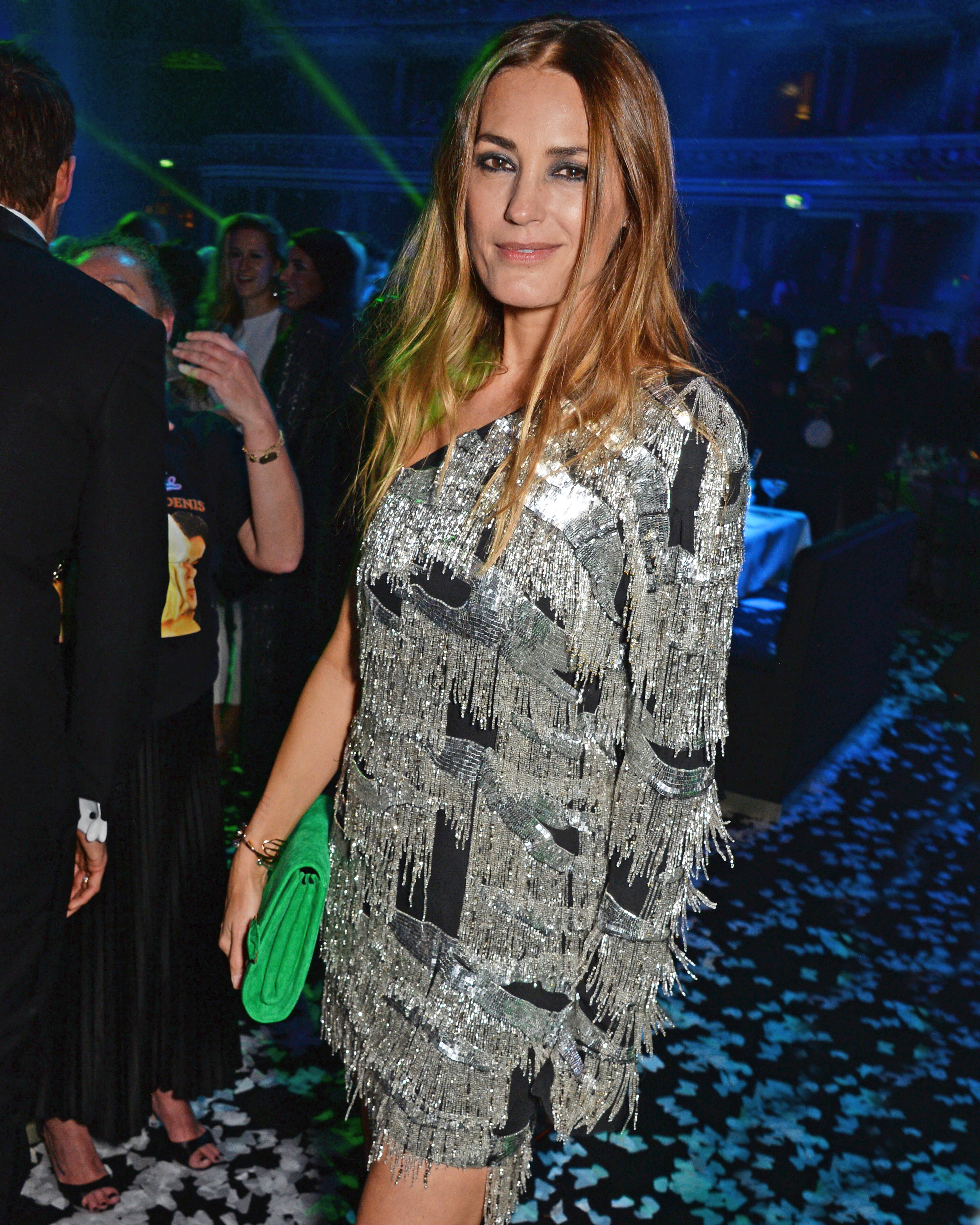