The GB News presenter appeared on Wednesday’s This Morning to discuss the latest news headlines, which included the widely publicised Wagatha Christie trial. The discussion came after a judge ruled that Rebekah provided evidence that was “manifestly inconsistent” during the trial against Wayne Rooney’s wife.

In her ruling, Mrs Justice Steyn said it was “likely” that Mrs Vardy’s agent at the time, Caroline Watt, “undertook the direct act” of passing the information to The Sun, which led to the infamous social media sting which saw Coleen out Rebekah for leaking false stories about her.

The judge said: “Nonetheless, the evidence… Clearly shows, in my view, that Mrs Vardy knew of and condoned this behaviour, actively engaging in it by directing Ms Watt to the private Instagram account, sending her screenshots of Mrs Rooney’s posts, drawing attention to items of potential interest to the press, and answering additional queries raised by the press via Ms Watt.”

The judge added: “In my judgment, the conclusions that I have reached as to the extent to which the claimant engaged in disclosing to The Sun information to which she only had access as a permitted follower of an Instagram account which she knew, and Mrs Rooney repeatedly asserted, was private, suffice to show the single meaning is substantially true.” 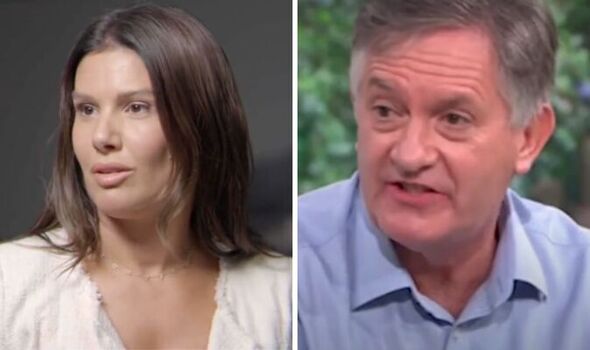 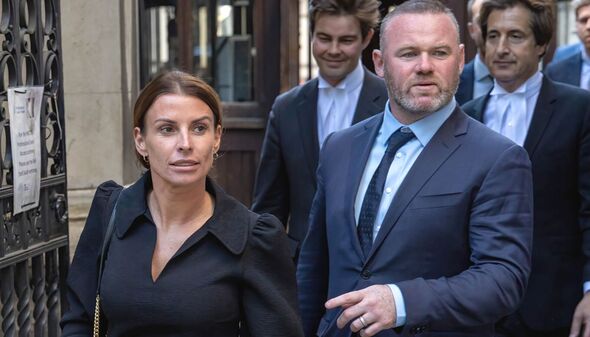 Simon’s rant was sparked as they chatted about Rebekah’s first TV interview with Kate McCann, which is set to air at on TalkTV at 7pm tonight.

“Why are we still talking about this?” Simon fumed at Vernon and Rochelle.

“Why is she given the airtime or the stakes? I’m sorry, I have no sympathy with her whatsoever. 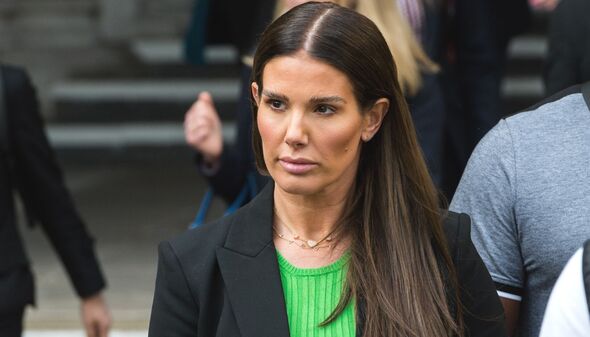 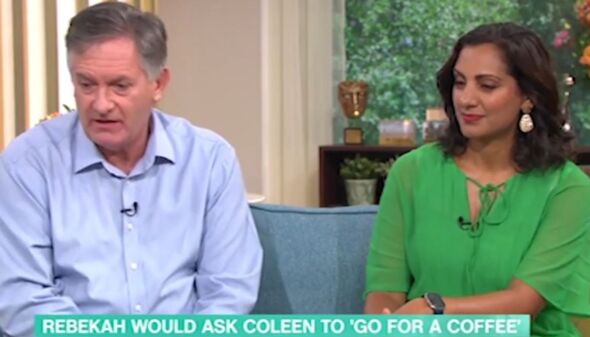 “She did it, for whatever reason, supreme arrogance seems to be an obvious one, and is now whinging that she lost and saying, ‘The legal system let me down’.

“No, it didn’t, it found you out,” the former GB News host raged before adding: “And I won’t be watching tonight.

“It’s interesting, TalkTV is The Sun’s channel and it’s The Sun that got her into this mess in the first place in many ways.

Turning his attention to how Coleen handled the trial, Simon praised: “Coleen Rooney has come out of this with some grace and dignity and Rebekah has zero of either.”

In a preview clip of Rebekah’s tell-all interview on TalkTV, the footballer’s wife broke down in tears as she told Kate that the legal system has failed her.

The preview clip begins with Rebekah shutting down the host when asked whether she feels let down by her agent.

“It’s a conversation that we’ve had,” the footballer’s wife said.

“It’s not a conversation that I’d want to talk about just purely because I’m so conscious about her mental well-being and how it’s affected her as well.”

“So you don’t feel let down by her?” Kate asked before Rebekah snapped back: “Oh come on… you can’t ask me that.”

The mother-of-two proceeded to turn to someone off camera and asked: “Seriously, guys?”

She later insisted she never leaked any stories to the press about her fellow footballer’s wife.

“I will say that until I am blue in the face, I did not do it,” she argued.