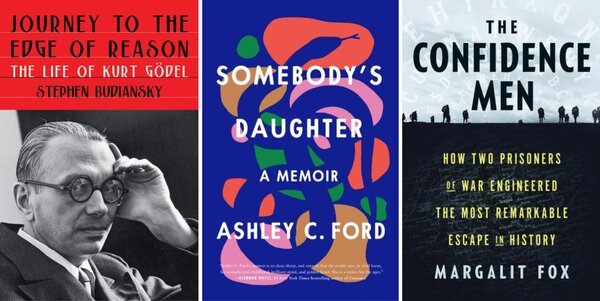 No matter where you plant your flag on the empiricism scale, we have a book for you this week, from a novel of religious faith (Monica West’s “Revival Season”) to a history of paranormal investigation (Kate Summerscale’s “The Haunting of Alma Fielding”) to a study of memory and the brain (Veronica O’Keane’s “A Sense of Self”). Oh, you’re in the mood for a weighty biography of one of the greatest mathematicians of the 20th century? Here’s Stephen Budiansky’s “Journey to the Edge of Reason: The Life of Kurt Gödel.” Read that, and then unwind with Edward St. Aubyn’s new novel, “Double Blind,” about a biologist and her friend at a science-themed venture capital firm. It brings us full circle back to religion again, by way of an appealing priest character named Father Guido.