I have three kids, so I can talk for hours about the fascinating differences in the ages at which individual children reach milestones like walking, talking and reading, even within the same family. My first child didn’t walk until 16 months and started to read at age 5. My third walked at 11 months and didn’t start to read until age 7. I swear I did little to nothing differently with either of them!

But with reading especially, I find many parents are in a rush. Which is not great news for kids like my third child, whose brains simply aren’t ready to read at 5 or 6.

Here’s my best advice: Don’t push independent reading until your child is clearly ready and eager for it. But as soon as that moment happens, be ready with books short and snappy enough to start their independent reading life with a jolt of pleasure.

These picks are arranged roughly in order of difficulty, from “early readers” to “early chapter books.” They all kick off series, so your little fan can read one, then keep going.

‘My Friend Is Sad,’ by Mo Willems

This one comes from the adorable and popular Elephant & Piggie series, 17 very short early reader books for children just beginning to get through complete sentences. Two friends, a nervous elephant called Gerald and a chipper pig called, well, Piggie, get through every possible misunderstanding together, with humor and affection. In this one, Gerald is feeling down, and Piggie pulls out all the stops to cheer him up. You can also take turns reading each character’s lines — and feel free to read it out loud to anyone who’s not reading yet. 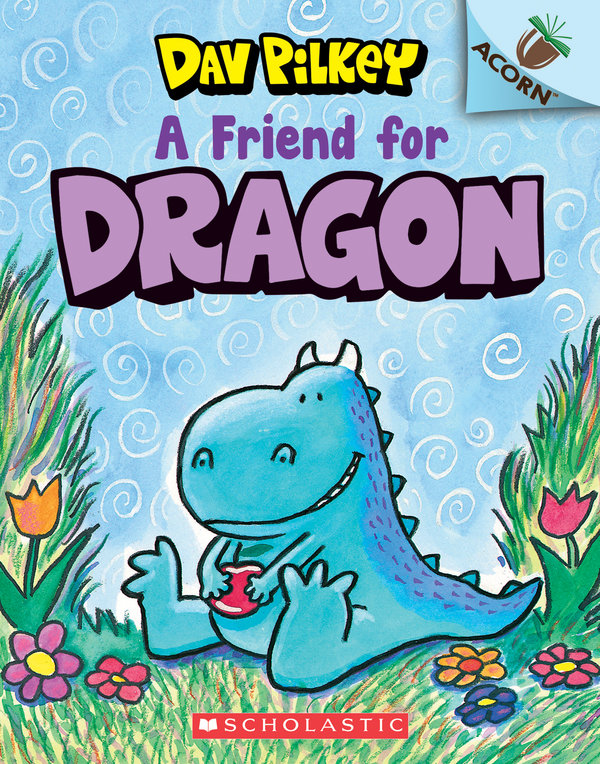 ‘A Friend for Dragon,’ by Dav Pilkey

First published in the 1990s, Pilkey’s five early-chapter Dragon books are super-short. They are also sweet, silly and profound. Round and blue, Dragon is not ferocious at all — he may even be too nice for his own good. The villain of this first book is a merciless snake who tricks poor Dragon into thinking an apple is the friend he’s been longing for.

MacLachlan, the author of the beloved novel “Sarah, Plain and Tall,” knows how to write for children of all ages. This is her first early-chapter book for the newest readers, and it’s accompanied by Boutavant’s whimsical, candy-colored illustrations. Our plucky, red-haired narrator gets a new dog, who names himself Barkus. He doesn’t talk, but he doesn’t need to: He makes many exciting things happen, anyway.

The two friends in this book and its sequels seem to have nothing in common. Chick is wacky and high-energy, Fox is the mellow straight man. Newly independent readers can easily follow their funny adventures: The minimal, deadpan text appears in panels with comics-style word-balloon dialogue, accompanied by Ruzzier’s jazzy but deceptively simple visual style.

‘King & Kayla and the Case of the Missing Dog Treats,’ by Dori Hillestad Butler. Illustrated by Nancy Meyers.

King is an outstanding dog — he even helps his owner, Kayla, solve mysteries in this adorable early-chapter-book series. King narrates, which somehow makes the extra-short sentences seem perfectly natural, not babyish. In this title, Kayla thinks King swiped some treats from the kitchen, but his excellent canine nose knows there’s someone else to blame.

[ See our list of great bedtime books for preschoolers. ]

He’s part dog, part police officer, and 100 percent appealing to certain kinds of new readers. Visually oriented kids love the heavily illustrated style, antic humor and nonstop adventure of this spinoff of the Captain Underpants series. Everyone loves that the books are “written” by George and Harold, the heroes of that previous series. Don’t dismiss this one as gross-out escapist fare — there is heart and soul to spare.

In this heavily illustrated “hybrid” chapter book, 6-year-old Dory mixes up her everyday and fantasy lives in hilarious ways. The youngest of three siblings, she uses her crackling personality and huge imagination to get through challenges like being assigned to an embarrassing reading group. Hanlon is a former teacher, and her understanding of a child’s point of view at times seems psychic.

[ The topics parents are talking about. Evidence-based guidance. Personal stories that matter. Sign up now to get NYT Parenting in your inbox every week. ]

Jasmine, the 8-year-old Japanese-American heroine of this charming chapter book, wants to help make mochi, a sticky rice dessert. When she’s told that only men can pound the rice, she decides to convince everyone that she can do it. In this first of the series, readers get a plucky heroine, an easy-to-follow plot, a warm cast of extended family members and, at the end, a recipe for mochi.