THE DITCH
By Herman Koch
Translated by Sam Garrett

Before Herman Koch succeeded as one of Europe’s best-selling novelists, he helped to create and starred in “Jiskefet” (Frisian for “garbage can”), a long-running Dutch television series full of absurdist sketches that challenged people’s prejudices. In the process, he became a local celebrity, used to being entertained in fancy restaurants, one of which features in his delectably dark novel “The Dinner.” Provocation, life in the spotlight and tasty cuisine are also present and accounted for in Koch’s spiky new book, “The Ditch.”

The story is unreliably narrated by Robert Walter, whose job as the mayor of Amsterdam becomes increasingly fraught when he starts to suspect his beloved wife, Sylvia, of having an affair with one of his aldermen. The clever tease is that “raven-haired” Sylvia (whose name Walter has changed to disguise her true identity) is originally from an unidentified southern country, whose “blazing interior” guidebooks strongly advise against visiting in July and August.

As Walter’s possibly ungrounded suspicions grow, his sense of himself as a politically correct person gradually erodes, with deeply buried misgivings about his wife and her culture beginning to predominate. “And what if those prejudices suddenly turn against you?” Walter wonders. “How do you react then? As the Dutchman who wants to be tolerant of other peoples and cultures? Or as something a little more in line with the country of origin, with the national character, of the other?”

The fact that Walter’s case against his wife seems flimsy — he has seen her at a New Year’s reception laughing at something the unprepossessing alderman is saying while he touches her elbow — is rather the point of Koch’s novel. Walter’s constant attempts to puff himself up (“I was on Time magazine’s list of the 100 most influential people in the world. As the only mayor, and the only Dutch person too”) show this is clearly a deeply insecure man whose easy charisma masks a lack of moral backbone. 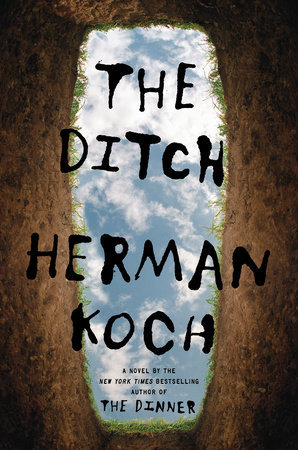 Walter’s constant carping at the state of his city, ranging from its deplorable garbage collection to the ugliness of its “city hall-cum-opera,” the Stopera, only serves to underline the lack of progress he has made as mayor. It’s surely no coincidence that the alderman Walter suspects of having an affair with his wife is profoundly green and wants to install wind turbines around the capital’s perimeter. “If everyone in Holland would turn down the heat by one degree Celsius in the winter,” Walter grumbles, “we could save the energy produced by 10,000 wind-turbines.”

But here’s the rub: On this occasion Walter may well have a point. It’s the sort of thing that makes Koch such an intriguing writer; his provocations are designed to reveal nothing so much as our own feelings of entitlement. “The Dinner,” which was his sixth novel and the first to be translated into English, struck a chord because it showed the lengths parents will go to in order to protect their children, however reprehensible their crimes. His next, “Summer House With Swimming Pool,” demonstrated how a good parent under pressure can become a bad one; while his previous novel, “Dear Mr. M,” grappled with how tolerance of others — particularly immigrants — can be overtaken by a sense of superiority. Stephen King is a notable fan, tweeting after “Dear Mr. M” was published that those “three novels, taken together, are like a killer EP where every track kicks ass.”

In “The Ditch,” which has been seamlessly rendered into English by his regular translator, Sam Garrett, Koch again seeks to show the fault lines beneath the surface of ostensibly civilized society. Eventually it’s Sylvia’s turn to be taken aback when she learns that her husband’s nonagenarian parents, in spite of their relatively good health, have decided to kill themselves in a joint suicide pact. “Why can’t you let life go the way it goes?” she demands of her acquiescent husband. “Why does everything have to be arranged, from cradle to grave? I don’t get it, I really don’t, you people have lost all touch with reality.”

Suddenly the “you people” is being used by someone who has become accustomed to its aspersion. Yet now she has reached her own end point of alienation. It’s a worrying glimpse of cultural incompatibility that the 65-year-old author confronts us with. But it’s also one that he shies away from by tagging on an unearned ending that feels awfully hollow, mainly because Sylvia and the couple’s teenage daughter, Diana, never emerge as fully fledged characters.

Koch spends so much time teasing the reader with little clues about Sylvia’s origins that he forgets to address a crucial matter: What did she see in her husband in the first place? Did she actually fall in love with him when he visited her homeland as a young man? Or did she use him as a chance to escape the life she was living? These are vital questions Koch chooses not to answer. By not allowing us to be party to Sylvia’s side of the story, he shows that his interest in the so-called “other” is strictly limited to his literary gamesmanship.

Tobias Grey is a critic and writer in Gloucestershire, England.