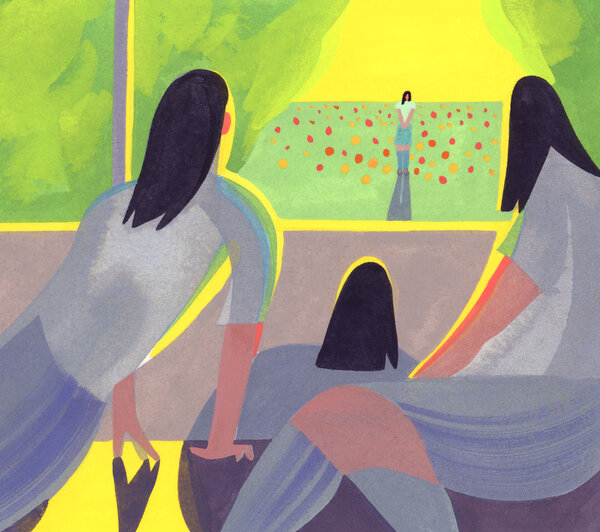 Kim Hae-on is beautiful, young, female — and dead. It is the summer of 2002, the FIFA World Cup draws to a close and Hae-on’s body is discovered in the flower bed of a park in Seoul.

At first glance, Kwon Yeo-sun’s “Lemon” appears to be your typical whodunit; much of its first chapter is dedicated to an interview between detective and suspect. But then Kwon directs the reader’s attention elsewhere. Yes, by the end, the reader will know who the killer is, but that knowledge takes a back seat in this poignant tale.

A taut novella in eight vignettes, “Lemon” is not so much narrated as spilled, confessed, blurted out in the alternating voices of three women recalling a tragedy that took place when they were in high school. The first and most central of these is Da-on, Hae-on’s younger sister.

Da-on and her mother cope with their loss in bizarre ways, their grief awkward and somewhat hopeless. Hae-on’s mother goes to great lengths to change the name of her dead daughter back to her birth name, Hye-eun, for “she seemed to think my sister’s life had gone wrong because of the name change.” And in her own warped tribute, Da-on undergoes plastic surgery in order to more closely resemble her stunning dead sister.

Hae-on’s good looks are praised throughout, Kwon relying heavily on the literary motif of the comely, virginal victim. As with many of the slain fictional women who came before her, the specter of Hae-on is profoundly romanticized, her demise all the more tragic because of how attractive she was. “My sister was beautiful,” Da-on says. “Unforgettably so. She was perfection, bliss personified. But more than anything, she was at that mythical age: 18. Who dared destroy her lovely form?”