Eye-opening tale of the real sleeping beauties: Author explores science behind children of asylum seekers in Sweden who fall into a mystery coma but doctors can’t find anything physically wrong

When one child falls into a mystery coma, it’s something to worry about. But 169 of them, all in a small geographical area, over several years?

This happened in Sweden in the last decade. The children initially became anxious and depressed. They stopped playing with others. They spoke less and less, and then not at all. Finally, they took to their beds. If they entered the deepest stage, they could no longer eat or open their eyes.

And yet there was nothing apparently wrong with them. Every test came back as normal. According to their brainwave readings, the children were actually awake. And yet no one could wake them. Some of them have now been in this state for several years.

A mystery, then, and science writer Suzanne O’Sullivan, who is also an eminent neurologist, sets her scene nicely. All 169 of these children are the offspring of asylum seekers, and each family had had their application for asylum rejected. What’s doubly strange is that all these asylum seekers were Yazidis, from war-torn Syria. 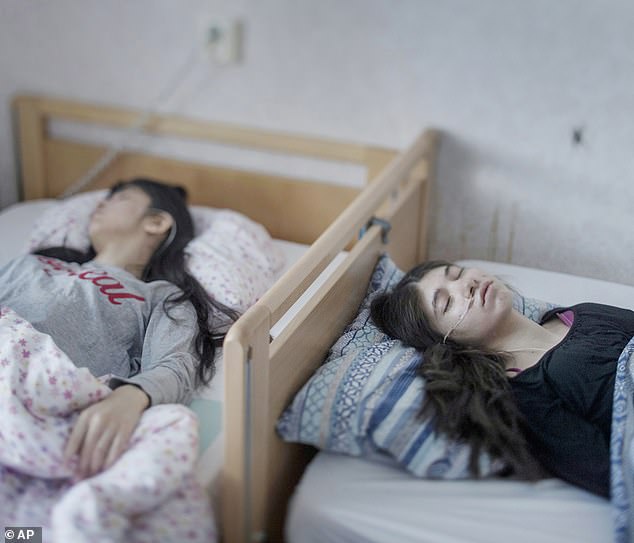 Suzanne O’Sullivan has explored the science between children of asylum seekers in Sweden falling into a mystery coma which doctors called ‘Resignation Syndrome’. O’Sullivan studied the children closely and concluded the illness was psychosomatic

None of the African children in a similar situation, for example, were affected.

Nor were Yazidi children in countries other than Sweden. Doctors have christened this ‘resignation syndrome’. But if no disease is present and there’s nothing actually wrong with the children, what on earth is going on?

Having studied the children closely, O’Sullivan concluded that their illness was psychosomatic. This is a term with a poor reputation — many people assume it means faked or purely imagined. For this reason, doctors and psychologists have started using the term ‘functional disorders’, which means absolutely nothing to most people. Which may be the idea, of course.

But O’Sullivan argues, convincingly, that psychosomatic illnesses are every bit as real to the sufferer as more easily identifiable diseases. No one is forcing those children to stay in bed for several years. They haven’t ‘decided’ to be ill. In Sweden, the authorities thought their parents had put them up to it, but you would only need to spend five minutes with the parents to know that wasn’t true.

O’Sullivan’s thesis is that resignation syndrome is influenced as much by the idiosyncratic aspects of individual cultures as they are by human biology.

In Sweden, for instance, asylum seekers were initially welcomed with open arms. But, gradually, the national mood changed, immigration became a hot political issue, and asylum seekers who might have been given the official thumbs up five years ago were now being turned down. 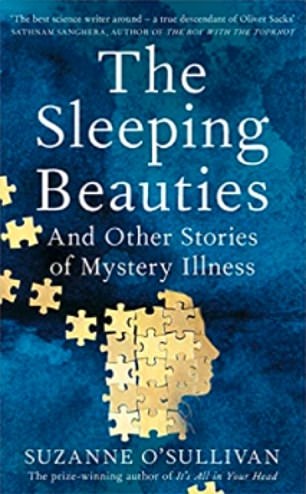 From a feeling of security, possibly the first they had ever known, to absolute terror about the future: how would you react to that? The children, without ever consciously being aware of what they were doing, have downed tools and taken to their beds. ‘The body,’ writes O’Sullivan, ‘is the mouthpiece of the mind.’

This was one young boy’s experience while ‘asleep’: ‘He had felt as if he were in a glass box with fragile walls, deep in the ocean. If he spoke or moved, he thought, it would create a vibration, which would cause the glass to shatter. “The water would pour in and kill me,” he said.’

This is the first of eight chapters in which O’Sullivan travels the world and investigates other mysterious outbreaks of unexplainable medical disorders.

In each case, when she discovers the cause, it’s never a physical thing, it’s always an unusual circumstance in the lives of the sufferers.

I was reminded of Sherlock Holmes’s deathless advice: ‘When you have eliminated the impossible, whatever remains, however improbable, must be the truth.’

I read somewhere else recently that in about 37 per cent of cases GPs in the UK have literally no idea what is wrong with their patients.

Do we overtrust doctors? O’Sullivan, as a neurologist, is obviously batting for the home side, but her book suggests that their thinking is often too narrow, too mechanistic, to solve every problem that arises. Here is an alternative but equally rigorously scientific approach. It makes for a bracing read, a little like a cold shower on a hot summer’s day.