Their tortured love affair gripped the world over Christmas. We all escaped lockdown fatigue and the winter blues with a bright and slightly bonkers visit to an alternate version of Regency London. While we slumped in rumpled adult romper suits, The Duke and Miss Bridgerton did everything they possibly could to drag out the inevitable. But what happened next? Do they stay together? Do they keep stripping all over every available bed, banister and marble surface? The show left us on a cliff-hanger but all the answers are in the books.

To be honest, the show’s ending wasn’t much of a cliff-hanger – just the mystery of what the pretty pair will call their first child. Following, of course, the family tradition of alphabetical names.

The show’s star, Regé Jean Page is on the Graham Norton Show tonight and of course, is asked about the numerous raunchy and bottom-baring sex scenes.

He admits not all his family wanted to watch them: “There were some cousins missing from the family WhatsApp group and they said, ‘We made our tactical cups of tea when you started and when we came back you were still going!’”

But are they still going strong in the books? 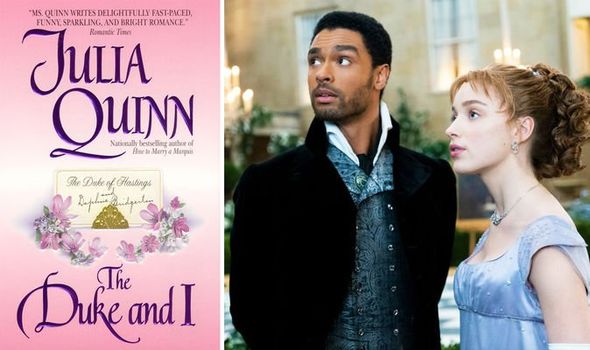 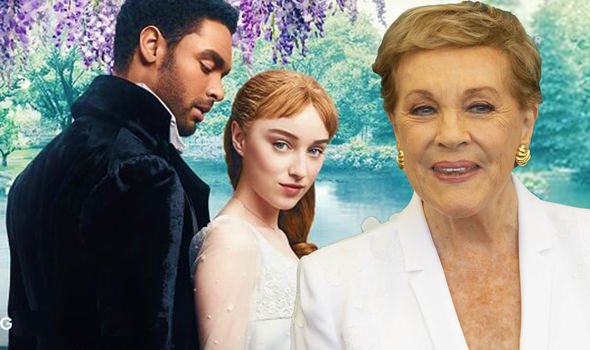 The original book, The Duke and I, actually has an epilogue that jumps forward a few years and makes a major revelation.

There is also a second epilogue which was originally released with an audiobook version and then added to more recent publications of the novel itself.

The Duke and I was released in 2000, and is only the first book in the main family saga, which includes eight novels and a collection of short stories.

Each book focusses on a different sibling but they are all threaded through with secondary information about the other characters.

Book 9, The Bridgertons: Happily Ever After, gathers together various previously published epilogues and bonus short stories plus three original stories.

The Netflix show has already radically changed the information given in the very first epilogue.

The final scene of the Shondaland production showed Daphne giving birth to the couple’s first child, a son. This is not what happens in the books.

Throughout The Duke and I book and on-screen, The Duke of Hastings is determined to spite his hated father and ensure the family line dies out by not having any children. It is his worst fear to accidentally get a woman pregnant – even his own wife.

A variety of rather complicated issues and one very disturbing problem are all solved and wrapped up surprisingly easily in the show.

After a rightfully controversial scene, Daphne has forced her husband into non-consensual parenthood but by the final episode, they are completely reconciled and then proud parents in quick succession.

The book takes a more nuanced approach with the first epilogue revealing they have had a child, but a girl, which changes everything.

This actually allows Simon to keep his angry vow to his dying father, since women could not continue a noble line. The second epilogue, however, takes place two decades later.

It takes place 21 years later and shows Daphne about to give birth to their fifth child.

Firstly, it confirms that the couple has stayed together and has continued to share a great passion – and a marital bed.

Eventually, it is revealed that their first three children were all daughters, followed by two boys – thus ensuring the succession and putting the bitter ghost of Simon’s father to rest. He has faced his worst fears and had many children, including two heirs.

The epilogue also confirms they have continued the alphabetical tradition but are mystified how Lady Whistledown already knows the name of the newborn.

The TV show’s fans can expect to see it all play out on screen, since the show has already been confirmed for a second season.

Last month Netflix tweeted: “Prepare for another social season! @Bridgerton shall be back for Season 2!”

Netflix UK also posted an update fromL ady Whistledown on Instagram: “The ton are abuzz with the latest gossip, and so it is my honour to impart to you: Bridgerton shall officially return for a second season. I do hope you have stored a bottle of ratafia for this most delightful occasion.

“This author has been reliably informed that Lord Anthony Bridgerton intends to dominate the social season. I will have my pen to report on any and all of his romantic activities.”