OUT OF DARKNESS, SHINING LIGHT
By Petina Gappah

The exploration of Africa by David Livingstone, the 19th-century Scottish doctor, has been written about extensively. Indeed, Petina Gappah lists at least 30 books in the bibliography of her scrupulously researched new novel. This being the case, one imagines the author might well be dealing with subject matter that leaves precious little room for her to reinvent, to present us with a new view of a man whose story has been so thoroughly picked over. However, Gappah has chosen an ingenious way to approach Livingstone’s life: She focuses on his death.

The opening lines of the novel arrest our attention: “This is how we carried out of Africa the poor broken body of Bwana Daudi, the Doctor, David Livingstone, so that he could be borne across the sea and buried in his own land.”

The first part of the novel is narrated by Halima, one of Livingstone’s young slaves, a witty cook who has been purchased as a partner for Livingstone’s expedition leader, an abusive man called Amoda. Halima accompanies the body across the 1,500 miles from Livingstone’s place of death in the interior to the eastern coast; through her observations, we gain insight into the life of this man who has dedicated himself to discovering the source of the Nile. Then, in the second half of the novel, the narration is taken over by another member of the group, Jacob Wainwright, a freed slave who has been educated by Christian missionaries and whose pompous voice and deeply religious convictions remain constant throughout his “journal,” which he hopes to publish.

[ This book was one of our most anticipated titles of September. See the full list. ]

Halima is the more compelling of the narrators, since she is willing to pass judgment on the white explorer, admitting that “his death was everything to me.” She has dreams of her own: She hopes one day to be set free and own a house in Zanzibar with an impressively decorated door that will suggest her independence and worldliness. But in the meantime, she trudges to the coast with the corpse of the Scotsman, relieved that they have come to the end of “Bwana Daudi’s Nile madness.” She is also hopeful that Amoda might consider her more than just his “road woman.” Her phrasemaking is lively, and her observations often thought-provoking for she is unafraid to ask difficult questions.

“Why any man would leave his own land and his wife and children to tramp in these dreary swamps to inquire into the flowing of a river, and into that which does not concern him at all, is beyond my understanding, but Bwana Daudi had no wife, poor thing, he did not take another after his first wife, Mama Robert, died, more is the pity. Perhaps it was her death that made him abandon his children.” 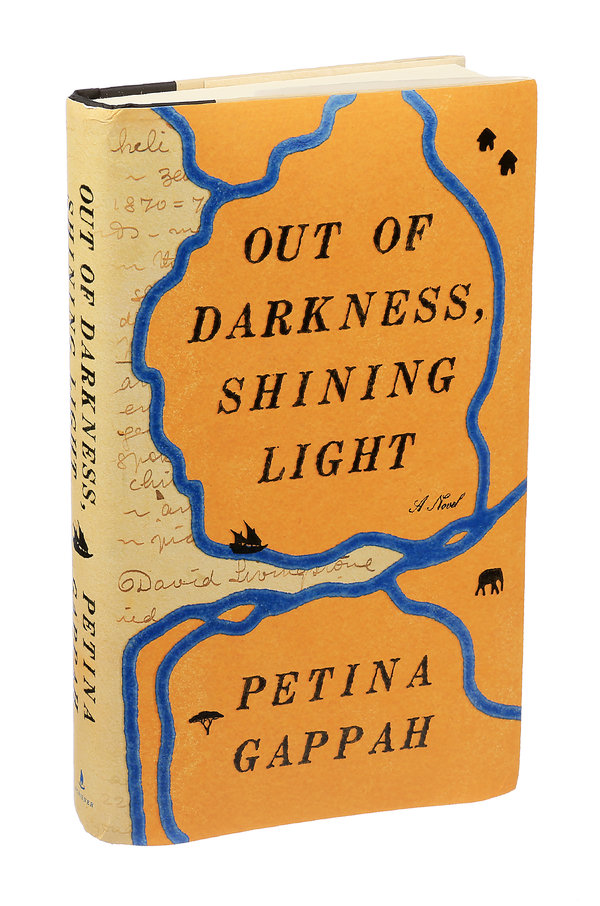 The main problem with Halima’s narrative is that all but one of her 14 chapters are prefaced with a quote from the journals of either David Livingstone or the explorer Henry Morton Stanley, who tracked him down and famously greeted him with the words, “Dr. Livingstone, I presume?” This continuing return to brief extracts is a distraction, particularly when these extracts suggest a complexity of character for Livingstone that isn’t fully achieved when he’s viewed through the eyes of Halima. Our narrator can speculate on the explorer’s feelings regarding children, but when we’re presented with Livingstone’s own words on the subject, we very quickly leave Halima’s idle musings behind.

“It is rather a minute thing to mention,” he writes, “and it will only be understood by those who have children of their own, but the cries of the little ones, in their infant sorrows, are the same in tone, at different ages, here as all over the world. We have been perpetually reminded of home and family by the wailings, which were once familiar to parental ears and heart, and felt thankful that to the sorrows of childhood our children would never have superadded the heart-rending woes of the slave trade.”

The 25 entries in Jacob Wainwright’s journal are deeply imbued with his Christian beliefs, but his self-righteous voice lacks the necessary dramatic energy to keep the story moving with any pace. Trapped in a single low gear, the narrative chugs along, prefaced by a series of lackluster imitations of 19th-century chapter headings that announce what is to follow. (“Fourteenth Entry from the Journal of Jacob Wainwright, entered at Kumbakumba; in which Wainwright suffers a Great Shock and the Party receives Succor from an Unlikely Alliance.”) As he and the others make their 285-day journey to the coast, Wainwright reads Livingstone’s own somewhat disturbing journals and slowly begins to understand that the Scotsman has betrayed Wainwright’s Christian ideals with his colonial actions.

At the close of the novel, in perhaps its most successful passages, we hear from both Halima and Wainwright. Halima, we learn, is now living in Zanzibar, Livingstone’s son having freed her from slavery. A woman of the world, she is admired by those who pass her house with its impressive door, but she is not truly satisfied with her life. In a sense, she is trapped inside her own home; although free, she seems, somewhat ironically, to have inherited the great explorer’s restlessness:

“There were many things that happened on that journey with Bwana Daudi, part while he was living, part when he was dead, but one thing that it left with me is the feeling I get sometimes: as though I am hemmed in all round, and all I want is to go somewhere no one has ever been, and gaze at the sky and look for miles around to see nothing but trees and hear nothing but birds.”

Wainwright’s concluding journal entry is more engaging than those written on the trek to the coast, for his pious facade is beginning to crack. He has traveled to England and met “Bwana’s children,” but the encounter was disappointing because the children took little interest in him. And the members of the society that sponsored his visit turned against him when he began to tell the truth of Livingstone’s association with slave traders. In the aftermath, a disconsolate Wainwright confesses, he found himself both unpublished and unordained — as he puts it, “a priest without a collar, a servant of God without a church.” If only some of the pathos of Wainwright’s final predicament could have found its way into the main narrative.

Petina Gappah is a skilled writer whose well-received collection of stories, “An Elegy for Easterly,” and her debut novel, “The Book of Memory,” deal with the destruction of innocent lives across artificial divides of rich and poor in the tumultuous, largely contemporary world of her native Zimbabwe. “Out of Darkness, Shining Light” is a novel rooted in history that, according to the author, was “almost 20 years in the making.” Although Gappah’s Livingstone is dead, his voice is still resonant in the extracts from his journals. One wishes she had arranged things so that Livingstone’s silvery tongue had remained absolutely still. After all, the real heroes of this carefully crafted novel are Halima and Wainwright and the other Africans history has hitherto condemned to suffer in silence. It is to the novel’s credit that after 150 years we can now hear their voices.

Caryl Phillips’s most recent novel is “A View From the Empire at Sunset.”

OUT OF DARKNESS, SHINING LIGHT
By Petina Gappah
289 pp. Scribner. $27.