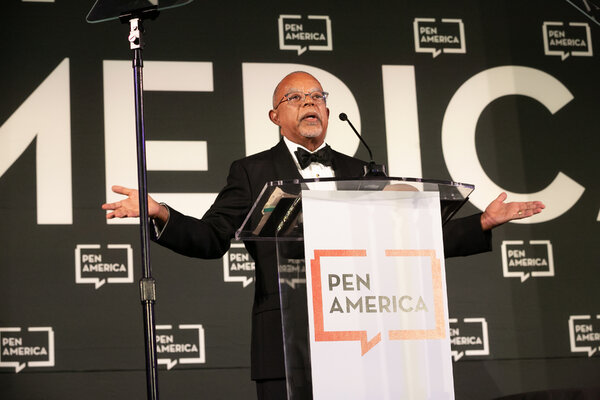 “The freedom to write”: PEN America’s always resonant motto has a special resonance for Black authors, because for so many of them, that freedom was one they fought hard for. “Liberation” and “literacy” were inextricable. “For the horrors of the American Negro’s life there has been almost no language,” as James Baldwin once noted. Recall, first, that in many states it was illegal for an enslaved person even to learn how to read and how to write. Then the barbarities of the slave trade, the Middle Passage and cradle-to-grave bondage, were followed by another century of lynching, Jim Crow segregation, disenfranchisement and officially sanctioned forms of violence. Does the English language fail us, Baldwin wonders, in the face of racist terror? No, he decides; we must embrace it, occupy it, refashion it in our images, speak it in our own voices. We must deploy it to redress this terror. “To accept one’s past — one’s history,” as Baldwin insisted, “is not the same as drowning with it; it is learning how to use it.” This, surely, is integral to the freedom to write — the freedom to bear witness to the full range of our common humanity, and all that that entails, no matter how uncomfortable the process can be.

And what of the freedom to learn? Who has the right to study, the right to teach, to broach fraught subjects at a time when the temptation to police culture has never been higher? Today, partisans in various states are passing laws and resolutions in order to regulate what teachers can say, aiming to exclude critical race theory, The New York Times’s 1619 Project and even ban words such as “multiculturalism,” “equity” and “whiteness.” But we must not exempt ourselves from scrutiny; whenever we treat an identity as something to be fenced off from those of another identity, we sell short the human imagination.