Reviewing Emilie Pine’s “Notes to Self” in The Irish Times, Martina Evans wrote: “It’s the kind of book you want to give to everyone, especially young women and men, so that we can learn together to take ourselves and each other more seriously.”

A lot of readers must have taken her advice, because the essay collection became the No. 1 best-selling book in Ireland, where Pine is an associate professor of modern drama at University College Dublin. Pine had written academic books before, but the subject matter and the perspective in “Notes to Self” were a radical departure. She writes in these six essays about the effect of her father’s alcoholism on her family, her unsuccessful attempts to have a baby, menstruation, body image and sexual violence. Her tone is both frank and measured, confessional and confidently self-contained. Below, Pine talks about the “volcanic pressure” she felt to write these things, her surprising connections with readers and more.

When did you first get the idea to write this book?

My father, who had been an alcoholic all my life, went into liver failure in 2013. He was in intensive care and spent a year in and out of the hospital. In 2014, when it became apparent he was actually going to live, I still had a lot of crazy emotions going around in my head, so I wrote them down, just in a journal to myself. My partner found it and said, “There’s something here.” It took me two years to get up the courage to send it to a publisher in Ireland, and they commissioned a book out of it. There was this moment when they asked if I could write a book, and I simultaneously thought: Yes and no.

But I was being given this incredible permission. And I was being told I had a style and a voice, words I would never have used about myself. On the bus on the way home from that meeting, I wrote down five ideas on the back of my bus ticket — that’s part of the joke of the title, I write on every scrap of paper available — and those five ideas became the five other essays, and I didn’t really deviate from that.

Looking back, I can see that there was a volcanic pressure for these things to come out of me. But there was a social silence as well as a personal silence. I wrote it quickly, over the course of a year. Or you could say it took me 40 years to write it. 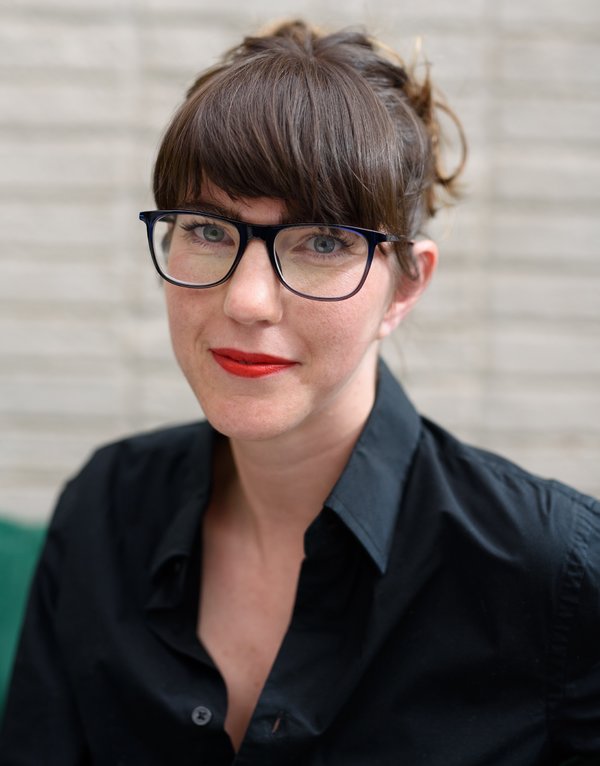 What’s the most surprising thing you learned while writing it?

I didn’t tell people about the book until after it was done, and that was important to me, to have this privacy to write it in. I told a friend when I finished, and she said, “You’re the last person I ever thought would write something like this.” I was surprised she had noticed that. I’m a very talkative person, but you can talk a lot and be very quiet at the same time. She was so observant to notice how reticent I am about family and personal issues, though I’ll talk about politics endlessly.

The real surprise has been after publication. It’s become something of a phenomenon here. I was a little afraid of whether people would judge me, and it’s been completely the opposite. The meaningful part is that so many people get in touch and tell me their stories, either in person or by email or social media. I never anticipated the generosity with which people share in return. I had to learn how to deal with the responsibility of it; I’m not a counselor. So rather than feeling it as responsibility, you feel a kind of solidarity. That’s how I’ve come to think of it.

Because I’m an academic, I assumed it would be much more a polemic about the state of the world. It might start with me, but then it would generalize to talk about addiction issues or sexual violence against women, with statistics and so on. It refused to do that. It insisted on being a personal story. I kept being irritated with myself for not being able to write the polemic I wanted. But it kept feeling really fake. I wanted to write an authentic book, though I would have never used that phrase in the beginning of the process.

I kept having to ask myself: What is it that I really want to say? What is the story burning inside me? I thought: I could be a first-rate Emilie Pine or a third-rate Rebecca Solnit. So I chose to be myself.

Who is a creative person (not a writer) who has influenced you and your work?

Patty Griffin, the American singer and songwriter. I liked her music before I knew who she was, because I listen to the Dixie Chicks and she had written a song for them. But she has a song, “Truth #2,” that talks about how we stay silent about difficult emotions. It has a lyric: “I’m just so scared all the time / makes me one more reason why the world is dangerous.” That is something that I think of over and over again, a kind of mantra about why self-revelation is actually a political gesture. If we hide ourselves, then we’re making it harder for everyone else around us, not easier. That instinct to hide in order to protect other people or ourselves is actually contributing to the problem. She’s just an incredible musician, and I love seeing her live.

Persuade someone to read “Notes to Self” in 50 words or less.

I was done with all the silences around women’s lives and bodies, so I wrote the book that I wanted — that I needed — to read. It was my way of processing, and possessing, the hardest parts of my life; it was my way of making something joyful out of pain.