An officer and a gentleman: He was a hero in war and on screen, and Kenneth More was so perfectly British he wore a collar and tie on the beach

One OF the joys of lockdown for me has been watching all the old classic Kenneth More films on Talking Pictures TV.

These include the Doctor farces, with More ebullient alongside Dirk Bogarde and James Robertson Justice, and North West Frontier, where More shares a railway carriage with Lauren Bacall, clanking across remote outposts of the Empire.

More was the type of Englishman who was always jovial and competent — and courageous. He’s the chap you’d want at your side if the ship is sinking, the plane is in flames, or the steam train is under attack from angry locals. He was never snooty or coldly ironic, never irascible or eccentric. 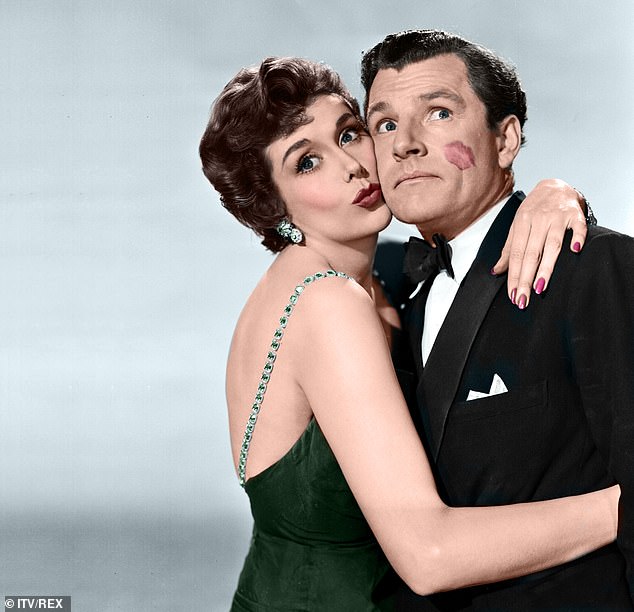 Instead, More conveyed a warmth and a continuous sense of integrity, for example as Group Captain Sir Douglas Bader, in Reach For The Sky, the injured air ace refusing to be defeated by his tin legs: ‘Suddenly, Jerry was coming at me out of a bank of cloud.’ It’s a style of naturalistic performing now lost. More played officers and gentlemen before such conservative figures became a joke.

In real life he wore leather driving gloves in the car, a collar and tie at the beach. He retained a military bearing, ‘neurotically clean and tidy, even with his emotions’, says his widow, Angela Douglas, in Nick Pourgourides’ brief biography.

More was born in 1914 in Gerrards Cross, Buckinghamshire. Henry VIII’s Lord High Chancellor Sir Thomas More was a distant ancestor. His grandfather had designed various bridges over the Thames and was the chief engineer for the Port of London Authority.

More’s father, Bertie, was an inventor who got through several inherited fortunes on duff schemes, including a waterproofing liquid which rotted shoes and shirts, turning fabric into ‘a mass of stinking goo’. More’s Welsh mother, Topsy, whom the actor described as ‘bubbling with vivacity like a glass of champagne’, must have been sorely tried — especially when Bertie died, aged 45, ‘leaving the family struggling to manage’.

This meant More would no longer be able to attend his horrible boarding school in Worthing, where he’d undergone a baptism of fire from bullies. ‘I was so miserable at my own weakness, I wept,’ he later wrote in his autobiography, which sold 100,000 copies.

But at least More learned ‘a wariness about dealing with some fellow human beings’ — a detachment he’d cover up with charm. Furthermore: ‘You have to know pain and pleasure yourself before you can begin to demonstrate them to an audience.’ 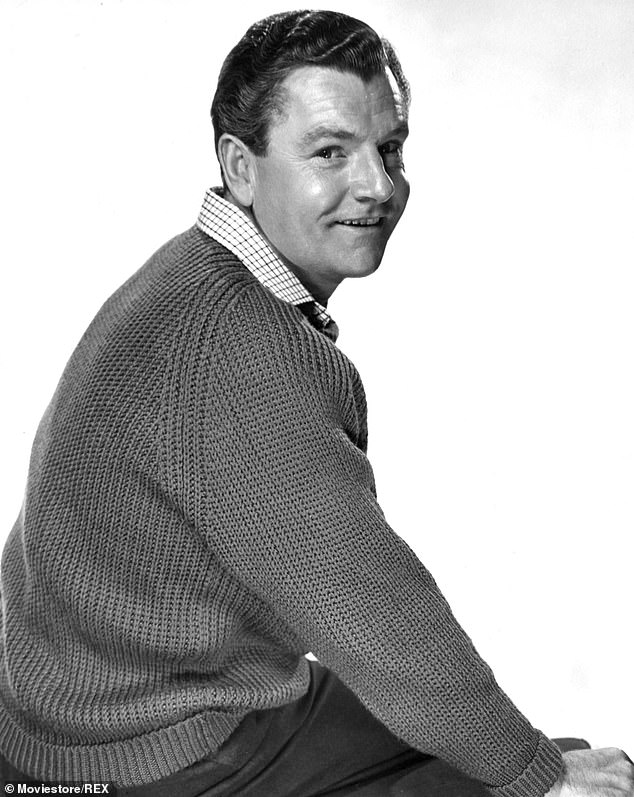 More (pictured) spent six years in the Royal Navy, before breaking into films including Scott Of The Antarctic and Genevieve

His formal education at an end, More became an apprentice at the Sentinel-Cammell locomotive works in Shrewsbury, then a Sainsbury’s shop assistant.

Moving to London, he got a job as a stage-hand at the Windmill Theatre, Soho, helping to get the nude female performers into position — More said this was ‘money for jam’. He appeared in comic sketches, took walk-on parts, earned a fiver a week in rep in Newcastle and Wolverhampton — then war was declared.

More spent six years in the Royal Navy, as Officer of the Watch aboard HMS Aurora. He saw action in the Mediterranean, Atlantic and Pacific. He helped conduct George VI to Malta, took part in the bombardment of Sicily during the Allied invasion of Italy, and was steaming towards Japan when the atomic bomb was dropped on Hiroshima.

If More developed a relaxed mental and physical attitude later, seeming to take things in his stride, it was ‘because of his wartime experiences’, his widow argues. It gave him a sense of proportion. 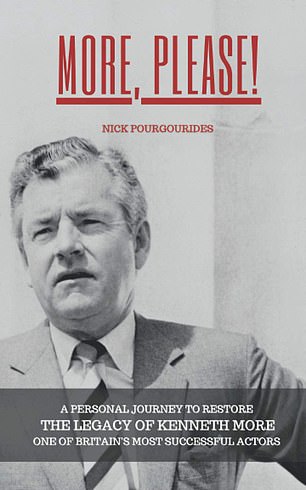 Demobilised in January 1946, More began breaking into films — as Teddy Evans in Scott Of The Antarctic; the ‘hopeless romantic full of boundless charm’ in Genevieve; and the happy-go-lucky medical student in the Richard Gordon romps, for which he won a Bafta.

In A Night To Remember, he’s Second Officer Lightoller, keeping calm and carrying on as the Titanic disaster unfolds. Reach For The Sky was ‘the most popular film of 1956’ — More became a friend of Douglas Bader who had, when given a new pair of false legs by his German captors, ‘impudently used them to try and escape’.

Then, quite suddenly, his popularity waned. ‘Aren’t you Gregory Peck?’ he was asked in the street. ‘No, I’m his brother,’ he replied.

Unlike Rex Harrison or Richard Burton, More had no Hollywood career to fall back on. He started to seem provincial, his fine voice and perfect enunciation rather old-hat and careworn.

He was partially salvaged by television, earning £15,000 in 1967 for seven months’ work on The Forsyte Saga, which was watched by 18 million viewers. The budget was not vast. Filming in Richmond, ‘we knocked on the front doors of houses nearby and asked if we could use their lavatory’.

There were lots of cameos, bit parts here and there, a series for ITV as Chesterton’s Father Brown. The Kenneth More Theatre opened in Ilford, East London, as a venue for amateurs. More enjoyed serving drinks behind the bar. Like many such institutions, it now has ‘funding issues’.

In 1978, More’s health cruelly deteriorated with Parkinson’s disease and multiple system atrophy. He didn’t want anyone seeing him diminished and became a recluse, dying in July 1982.

Nick Pourgourides, in this warm-hearted tribute, is correct to champion the ‘genuine believability’ in More’s performances, which will be enjoyed for generations to come, and which will only grow stronger over time.