I met Kiese Laymon last spring when he visited Emerson College, where I teach, to read and discuss his magnum opus, “Heavy: An American Memoir.” After the event, I thanked him for coming, expressed my admiration of his work and posed with him for a photo. That was our only direct communication. I doubt he even remembers it. And yet, in my mind, he and I are friends.

Such imaginary friendships between readers and writers aren’t uncommon, their basis forming when the emotional energy used to create a text overlaps with the emotional energy used to extract it. As Laymon says of his imaginary friendships with writers like Richard Wright and Toni Cade Bambara, we spent “hours in each other’s homes, wandering around each other’s guts.” Ensconced in that zone of overlap, I’d grin as I reached for “Heavy,” occasionally asking, “What’s up today, Kie?”

Now, with Laymon’s new essay collection, “How to Slowly Kill Yourself and Others in America,” our friendship has only deepened.

This is the second iteration of Laymon’s collection, released seven years after the first. In his author’s note at the beginning of this new version, he expresses dissatisfaction with his initial publishing experience, which stemmed from his mistaken belief in an intrinsic friendship between art makers and art merchants. Laymon says he assumed editors wanted to be friends with the writers whose work they respected, but when he was working with his first editor, that friendship wasn’t there. “I realized, nearly a decade too late, that this editor was never my friend.”

The absence of that friendship didn’t prevent Laymon from reaching many of his goals for the book the first go-round, such as disrupting traditional narrative forms, blending the tragic and comic, and confronting America’s racial recklessness. But he implies that it was responsible, at least in part, for others being missed. “I hadn’t willed myself to write rigorously,” Laymon says, “about the where and why I was in the world after my publishing failures.” An editor-as-friend, perhaps, would have shored up Laymon’s artistic nerve in instances like this where it wavered, or, at minimum, given no cause to be the subject of that nerve unleashed.

It’s unleashed in “You Are the Second Person.” In this essay, which appeared in the original collection and reappears in this new one, Laymon mocks an editor for telling him “what real Black writers do” and he calls the editor “names that hurt, misanthropic names you pride yourself on never calling any human being.” Laymon’s anger seems justified, as the editor has strung him along for five years, insisting upon repeated revisions of his debut novel, “Long Division.” The novel is ultimately published, along with the first version of “How to Slowly Kill Yourself and Others in America,” though neither to Laymon’s complete satisfaction, prompting him, years later, while still believing “the people with whom you collaborated on art were friends,” to buy back the rights. “I paid 10 times what the publisher initially paid for the books,” he says with dismay.

But I must say, Kie, as your true friend, that was a steal. Because by adding six rich new essays, deftly curating seven from the original book, and reworking the chronology, you have made a once solid collection superb. 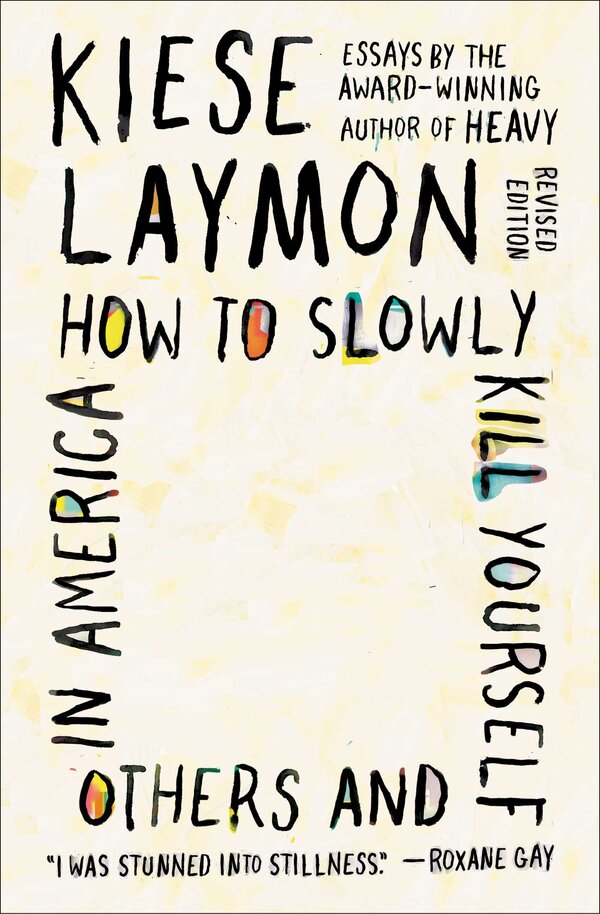 This revision opens with Laymon in full bloom as an artist and introspector in his essay “Mississippi: An Awakening, in Days.” Contextualizing the “where and why” of Laymon’s making as an artist provides the narrative thrust of the book, as readers are escorted back in time, ending, chronologically, at the beginning.

The “beginning,” then, is “We Will Never Ever Know,” a letter to his deceased uncle in which Laymon considers how they failed each other. In the essay, one of the reclaimed gems from the original collection, Laymon shares what he wishes he had said: “Uncle Jimmy, you drowning yourself with that crack and all that hate.” Then adds what he wishes he’d heard: “There’s more than one way to drown, nephew. You looking pretty wet yourself.”

Other reclaimed essays include a manifesto of the South’s influence on Northern hip-hop; musings on white folk telling Black people they’re better than their kind; and a recounting of Laymon being confronted at gunpoint, once at his mother’s hand, twice at his own. New pieces include a juxtaposition of a viral pandemic and the pandemic of racism; a case for the actual American values that deserve allegiance; and the author, in an exchange of emails, being confronted by love, his mother’s and his own.

Ever-present throughout “How to Slowly Kill Yourself and Others in America” is the blues ethos of stating and confronting the brutal facts of life and of placing a high premium on style, improvisation and excellence. The ethos here is steeped in that particular Mississippi stank, for which Laymon’s grandmother is a living embodiment. Each morning, a young Laymon finds her bathed, powdered and draped in the pristine clothes she prepared the night before, often prompting him to wonder why she always got “so fresh, so clean” just to spend the day at the plant gutting chickens. “I didn’t fully understand or feel inspired by Grandmama’s stank or freshness until years later,” he says, having realized her daily ritual was both an act of self-love and a homage to Black Southern women’s pride in their personhood and in their labor. “I’m not so fresh,” Laymon says, in a self-effacing homage to her. “I wear the same thing every day. But I am a Southern Black worker, committed to building stank-ass art rooted in honesty, will and imagination.”

This book is the brilliant fulfillment of that commitment, and through it, Laymon achieves another goal: “to become a person, not just an author, worthy of forgiveness and risk from literary and literal friends.”