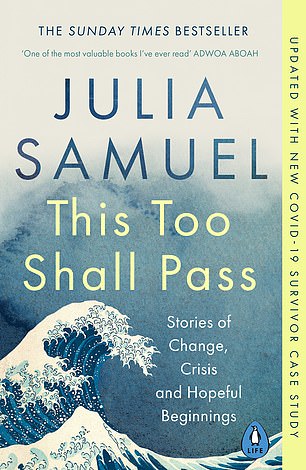 THIS TOO SHALL PASS

The past year has been a period of crisis, so there could hardly be a more timely moment for Julia Samuel’s compassionate book on how to live through change.

Samuel says even positive change can take time to accept, ‘but the more we allow ourselves to learn and expand the more likely we are to thrive’.

Case studies bring the theme vividly to life: after her second divorce, Esther, 73, wonders if she can love again, Eric struggles with recovery from Covid-19, while the transition from university to work proves problematic for 24-year-old Caz. 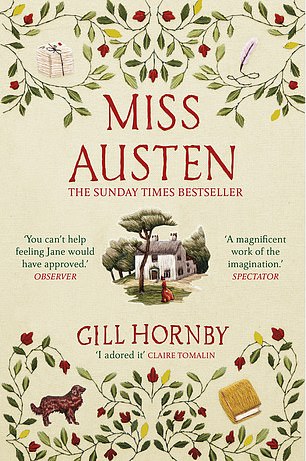 After Jane Austen’s death in 1817, her beloved sister, Cassandra, burned all Jane’s letters that she had judged too indiscreet.

Gill Hornby’s novel imagines Cassandra, now in her 60s, arriving at a vicarage in the Berkshire village of Kintbury. She and Jane had first visited the vicarage as young women, when Cassandra had been engaged to the son of the house, Tom Fowle.

After Tom’s early death, the sisters kept up an intimate correspondence with the Fowles, but now the family is leaving Kintbury and Cassandra must retrieve Jane’s letters before they go.

Hornby combines a moving portrait of sisterly devotion with a comic depiction of the provincial life so brilliantly evoked in Austen’s own novels.

Former New York police detective Charlie Parker is on a mission to right wrong. His quest wasn’t meant to take him to the deadbeat Arkansas town of Cargill, but his stopover at a local motel coincides with the murder of a young black woman, the third victim of what seems a perverted serial killer.

But with Arkansas-born Bill Clinton in the White House, the state is expecting an influx of development, and some fear that an investigation into the girls’ fates may deter investors.

Set in 1997, Connolly’s 18th novel in the Charlie Parker series returns to the beginnings of the detective’s career in a finely written thriller haunted by a powerful sense of the struggle between good and evil.