You’re reading In Her Words, where women rule the headlines.

Sign up here to get it delivered to your inbox. Let me know what you think at dearmaya@nytimes.com.

“Books are the plane, and the train, and the road. They are the destination, and the journey. They are home.”

As with so many industries, literature and the world of books have long been an old boys’ club — and in many ways, not much has changed.

The author Kamila Shamsie said, in an often-cited piece for The Guardian from 2015, that gender imbalance exists “in terms of reviews, top positions in publishing houses, literary prizes.”

Shamsie pointed out that the Man Booker Prize (named after a man named Man; insert joke here), one of the world’s most prestigious literary awards, was skewed by the titles submitted for consideration by publishers: less than 40 percent in the years prior had been by women, she found. Male writers are also much more likely to recommend books by other men than those by women.

This year, the Emilia Report — which examined the gender gap for authors and is named after Emilia Bassano, one of the first professional female writers in Shakespearean England — compared how newspapers covered 10 male and female writers in the same market and found that the men received 56 percent of review coverage.

The gender of the authors is not the sole issue, either. Studies have also found that books about women are less likely to win prizes.

All this, and women authors still often dominate best-seller lists. (We see you, Margaret Atwood.)

I asked women who work at The Times — and who have had books published, or soon will — what books they’ve recently read and why they think you should read them, too. Here are their recommendations.

Pamela Paul, editor of The New York Times Book Review whose book “How to Raise a Reader” comes out in September

This is a very assured and engrossing debut novel that starts off as a thriller, but then turns into a deeper exploration of the lives of women, and the ways in which violence affects women’s lives, on the peninsula of Kamchatka. Philips was a Fulbright scholar in Kamchatka, where she lived for two years immersing herself in the culture and studying the complexities of its people, which include Russians who immigrated from the mainland and several indigenous peoples. You’re pulled right in from the opening chapter, which details the terrifying disappearance of two young girls, and then into interwoven stories in which the characters’ lives are abruptly or unexpectedly overturned.

Taffy Brodesser-Akner, staff writer for The New York Times Magazine whose novel, “Fleishman Is in Trouble,” came out in June

Recommendation: “Lady in the Lake,” by Laura Lippman

Lippman’s new book has so many lively voices in it, so much authentic history, and the story — a Jewish woman in the 1960s who is having a post-divorce affair with a police officer — seemed maybe designed with specifically me in mind. Not just because of the sex stuff, but because it’s also the story of a woman creating a career for herself in journalism. And the case that propels the plot feels very modern, even as you absolutely feel like you’ve traveled back in time to read this book.

Amy Chozick, writer at large for The New York Times and author of “Chasing Hillary,” which is being developed into a TV series

Recommendation: “Daisy Jones and the Six,” by Taylor Jenkins Reid

Even if you have zero interest in the 1970s rock scene, the structure of this novel — a faux documentary with the former members of an iconic rock band — is so incredibly engrossing.

Honorable mention: For a change of pace, I also read Jessica Knoll’s “Luckiest Girl Alive,” mostly because I read her interview with The Cut about how she writes her novels with the intention of selling them to screen and making big money. Women are always hesitant to talk about making money and I respected that she was so honest. I also liked that she subverted the female heroine — a little like “Gone Girl” in reverse.

So many female authors, so little time to read!

Dennis-Benn is from Jamaica, and her novels give a gorgeous glimpse into the politics and personality of her homeland.

Honorable mention: I devoured “Juliet the Maniac” by Juliet Escoria, which is a lightly fictionalized account of her tumultuous teen years, which included psychiatric hospitalization and getting shipped to a therapeutic boarding school with an untrained staff.

What else is happening

Here’s a look back at five articles from The Times about women and books that you might have missed. 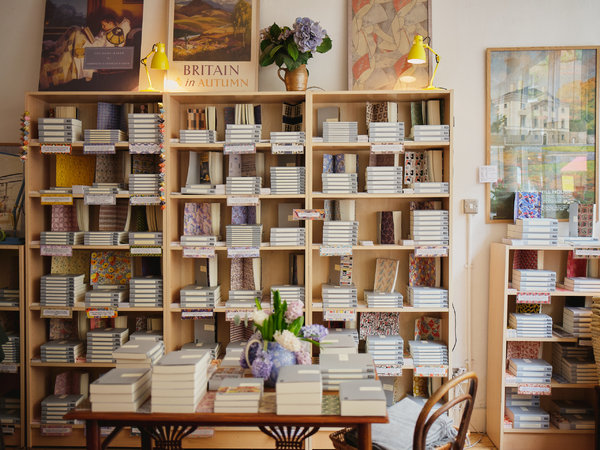 “I like books that tell me how we lived.” Persephone Books in London, above, devoted mostly to overlooked works by female writers in the mid-1900s, celebrates its 20th anniversary this year. [Read the story]

“The scope of her vision makes you feel that you have glimpsed the sublime.” Remembering Iris Murdoch, the rare kind of great, buoyant writer who was in touch with both animal and intellectual instincts. [Read the story]

“To go on and on about your soul is to miss the whole point of life.” Our critics chose 15 remarkable books by women that are shaping the way we read and write fiction in the 21st century. [Read the story]

“This was the time of day when her home demanded everything of her.” Motherhood is scary and crazy and darkly comic. So is this novel about it. [Read the story]

“They come laden with confusion, doubt, subtlety — is it excessively earnest to call it truth?” #MeToo is all too real. But to better understand it, turn to fiction. [Read the story]

Sign up here to get future installments of In Her Words delivered to your inbox.

Women authors appearing on best-seller lists alongside men? “Startling,” The New York Times called it in 1907.

Even more than appearing alongside them, successful books by women are beginning to “threaten the supremacy of man in the best-seller class,” the article went on.

But that’s not necessarily a bad thing, the article said. In fact, these men are even willing to “hobnob” with these women — namely George Eliot, Jane Austen and Charlotte Brontë — “now and again.”

Read past In Her Words here.

Sign up here to get In Her Words delivered to your inbox!