An eight-way tie! This year’s National Spelling Bee crowned more champions than ever before, with auslaut, erysipelas and bougainvillea among the words they spelled correctly on Thursday.

The nerve-racking competition has been chronicled in novels, nonfiction, documentaries and feature films. Here’s a sampling of what’s out there. 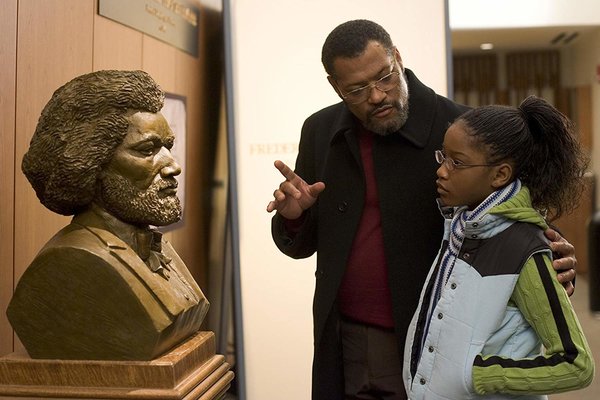 “Akeelah and the Bee”

Akeelah Anderson, an 11-year-old girl played by a young Keke Palmer, has a knack for spelling and dreams of going to the National Spelling Bee in this 2006 movie “that manages to inspire without being sappy,” wrote our critic. “The innate suspense and charm of the spelling bee, along with a trio of crack performances, turn what is in essence a formulaic sports picture into something more satisfying.”

[We made a Spelling Bee quiz for you. Try your luck.]

In this expletive-laden 2014 comedy, Jason Bateman plays Guy Trilby, a 40-year-old misanthrope who crashes kids’ spelling bees. “The performances are funny, appealing and, in the case of Allison Janney, as a spelling bee official, wonderful,” wrote the Times critic Manohla Dargis.

Goldberg’s first novel “is a dispassionate, fervidly intelligent book — she explores class, linguistics and religious extremism with the confidence of a born essayist — that comes by its emotion honestly,” wrote our reviewer. It follows the fifth grader Eliza Naumann and her family after she unexpectedly wins her school’s spelling bee.

Shankar, who teaches anthropology at Northwestern, spent hundreds of hours getting to know contestants at major bees and their families for this book, published this year. She argues that the Bee teaches Gen Zers life skills that prepare them for the job market, and according to our reviewer, “is most convincing when writing about the kids and their parents in the culture of the Bee, and how many Indian-Americans have come to call it their own.”

TWO ACROSS by Jeff Bartsch

Vera and Stanley meet as teenagers when they tie for first place in the National Spelling Bee, and their lives are intertwined when Stanley hatches a scheme to marry Vera and cash in their gifts to help him escape the path his mother has planned for him. “Crossword enthusiasts will appreciate the many insider winks, but everyone will be eager to solve the book’s biggest puzzle: whether Stanley and Vera will succeed in their search for happiness,” wrote our reviewer.