Alex Rodriguez got to hang out with the star of his favorite movie, “Field of Dreams,” while commentating on Major League Baseball’s game held in the famous Iowa cornfield where it was shot.

The former New York Yankee took to Twitter over the weekend to share a snap of himself with Kevin Costner, who starred in the 1989 film about a down on his luck man who builds a baseball diamond out of an almost supernatural compulsion.

“So much fun hanging out with Kevin Costner on our set at The Field of Dreams yesterday,” Rodriguez captioned the image.

He went on to reveal that “Field of Dreams” is his number one favorite movie, followed by “Untouchables,” “No Way Out,” “Bull Durham” and “The Bodyguard.”

The snap with Costner was just one of the many ways Rodriguez joined in on the fun surrounding MLB’s homage game to the movie between the Yankees and the White Sox. Prior to the big game, he dressed up in his former Yankees uniform for a fun promotion for the Fox Sports broadcast in which he and former Red Sox player David Ortiz recreated some of the more memorable scenes from the Costner-led movie.

Rodriguez emerges from the cornfield and a familiar voice says the movie’s iconic line, “If you build it, he will come.” After failing to get an answer on who said the line from Frank Thomas and Kevin Burkhardt, his fellow Fox Sports panelist, Ortiz, emerged behind him, also wearing his old uniform. 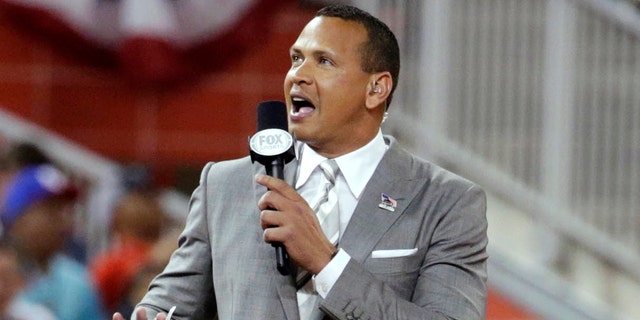 “We’ve kept our promise, Major League Baseball has kept its promise, the dream is still alive. There is probably just one more question to answer – is this heaven? Yes it is,” he added. “This field is for the players. Good luck today.”

Unfortunately for Rodriguez, his former team did not fare so well in the Dyersville, Iowa cornfield. The White Sox took home the win with nine runs to New York’s eight. The broadcast of the game, though, ended up being the most-watched regular season MLB game since 2005.