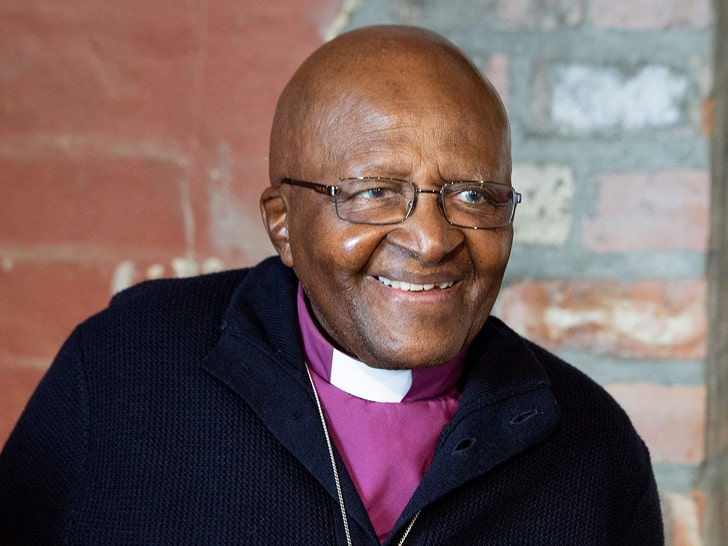 Archbishop Desmond Tutu, a leader in the anti-apartheid movement in South Africa, has died.

South African President Cyril Ramaphosa announced Tutu’s death, praising him as “a patriot without equal,” adding he was “A man of extraordinary intellect, integrity and invincibility against the forces of apartheid, he was also tender and vulnerable in his compassion for those who had suffered oppression, injustice and violence under apartheid, and oppressed and downtrodden people around the world.”

Tutu was recognized worldwide for his efforts, winning a Nobel Peace Prize … among many other honors.

Tutu’s efforts cannot be overstated … he was the major force behind the challenge to end racial segregation in South Africa. After Nelson Mandela was released from prison and became President of South Africa, he tapped Tutu for the position of chairman of the Truth and Reconciliation Commission.

The Nelson Mandela Foundation said of Tutu … “He was larger than life, and for so many in South Africa and around the world his life has been a blessing. His contributions to struggles against injustice, locally and globally, are matched only by the depth of his thinking about the making of liberatory futures for human societies.”

Tutu received praise from the U.S. for his efforts to end apartheid. Back in 2009, then-President Obama bestowed the Presidential Medal of Freedom on Tutu.

Tutu’s efforts were not without great risk. As you know, the South African government retaliated against many leaders in the movement, including Nelson Mandela … throwing a number of them in prison and shutting down opposition groups.

The Archbishop of Cape Town announced the church will organize Tutu’s funeral and memorial, saying … “Desmond Tutu’s legacy is moral strength, moral courage and clarity. He felt with the people. In public and alone, he cried because he felt people’s pain. And he laughed — no, not just laughed, he cackled with delight when he shared their joy.”