Carol Kirkwood, 60, has taken to Twitter this morning to wish her colleague Mark Murphy well in his new career as he leaves his breakfast show on BBC Suffolk. The weather presenter credited her colleague for being “such a superstar”, as he moves on to the next stage of his career.

You are a such a superstar!

Carol posted the farewell message this morning in view of her 236,400 Twitter followers.

She penned: “Just want to wish my lovely colleague @MarkGlennMurphy on @BBCSuffolk all the very best!

“You are such a superstar! And just think….no more 3am alarm calls!! Take care Mark.”

Mark is the breakfast presenter on BBC Radio Suffolk as well as being a multi award-winning presenter and producer at the BBC. 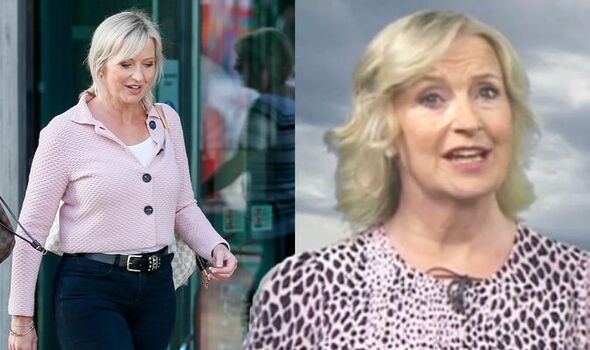 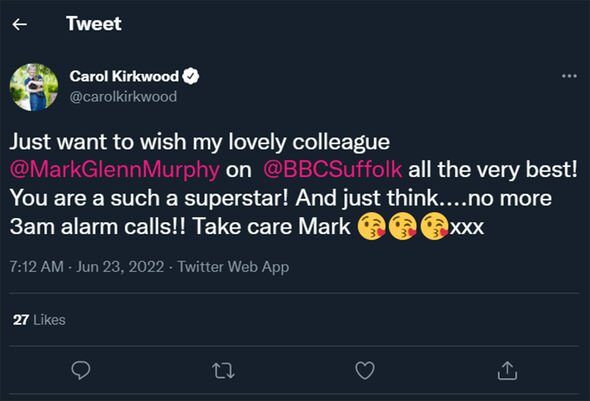 The presenter broke his silence last night ahead of his last day hosting his morning show on BBC Radio Suffolk, as he bid an emotional farewell.

Along with a promotional post for the show, he wrote on Instagram: “I thought I’d stick this up one last time.

“It’s going to be an emotional day tomorrow as I hand the breakfast show over to someone else.

“I’ve loved every minute and I’ll miss it so much but the time is right to change. 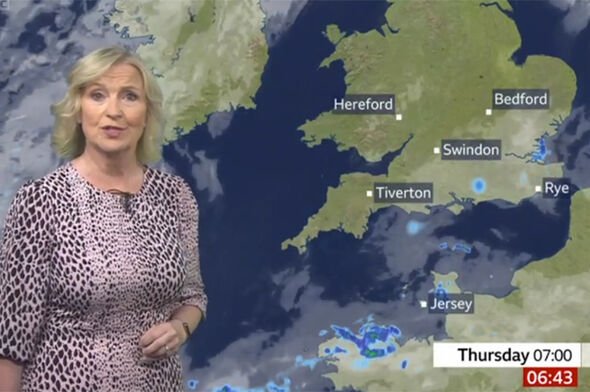 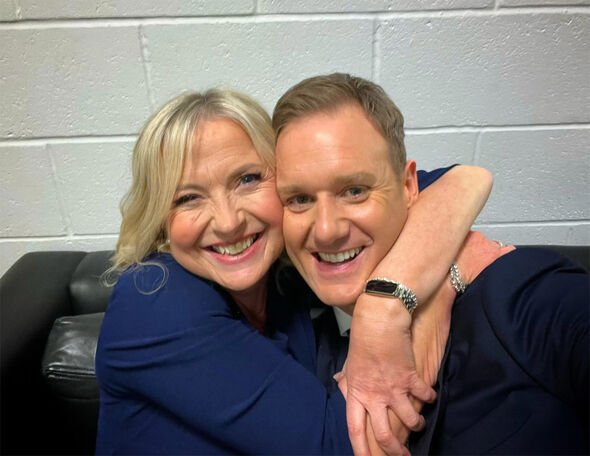 “Thank you to you for listening and to everyone I’ve worked with over the years.

Carol’s farewell comes mere weeks after she had to say goodbye to her friend Dan Walker as he made his move to Channel 5 News.

On his last day at BBC Breakfast, the Strictly Come Dancing 2021 star’s colleagues sent good luck messages ahead of his new career move.

Carol began: “Dan, I cannot believe you are leaving. You know, Dan’s been with us for many years.

“When we first heard he was coming, it filled us with fear.

“But how wrong were we, and I say this with glee, he’s been an absolute superstar and we’ll miss him terribly.”

The meteorologist continued her message: “Dan, don’t go! Just stay. We love you.

“It’s been such a joy working with you and a privilege and I’ve learned from you as well.

“But I wish you well, and make sure you stay in touch. Lots of love!”

Dan has been part of the Channel 5 News team since the beginning of the month alongside his co-host Claudia-Liza Vanderpuije.

You can watch BBC Breakfast weekdays on BBC One from 6am.