If you thought your worries about President Donald Trump serving another four years in the Oval Office were over, this may not help much. When the 2020 presidential race was finally called for President-elect Joe Biden on Nov. 7 after a nightmare of an election, many progressive Americans breathed a sigh of relief. However, in the weeks since then, Trump has refused to concede the race or acknowledge Biden’s win, and many of his conservative supporters are set on seeing the president serve another term in the future. This begs the question: Can Donald Trump run for president again in 2024? America’s national election drama may not be over.

According to the U.S. Constitution, Section One of Amendment 22 states that "no person shall be elected to the office of the President more than twice," effectively limiting any American president’s time in office to no more than two terms. However, it does not specify that those two terms have to be consecutive — which means that yes, it is legally possible for Trump to run again in 2024. As of Nov. 20, his administration as a whole still refuses to publicly concede the election to Biden. Instead, they’ve opted to file a torrent of unsubstantiated lawsuits claiming election fraud, and Trump himself seems to be considering the idea of running another campaign in four years. 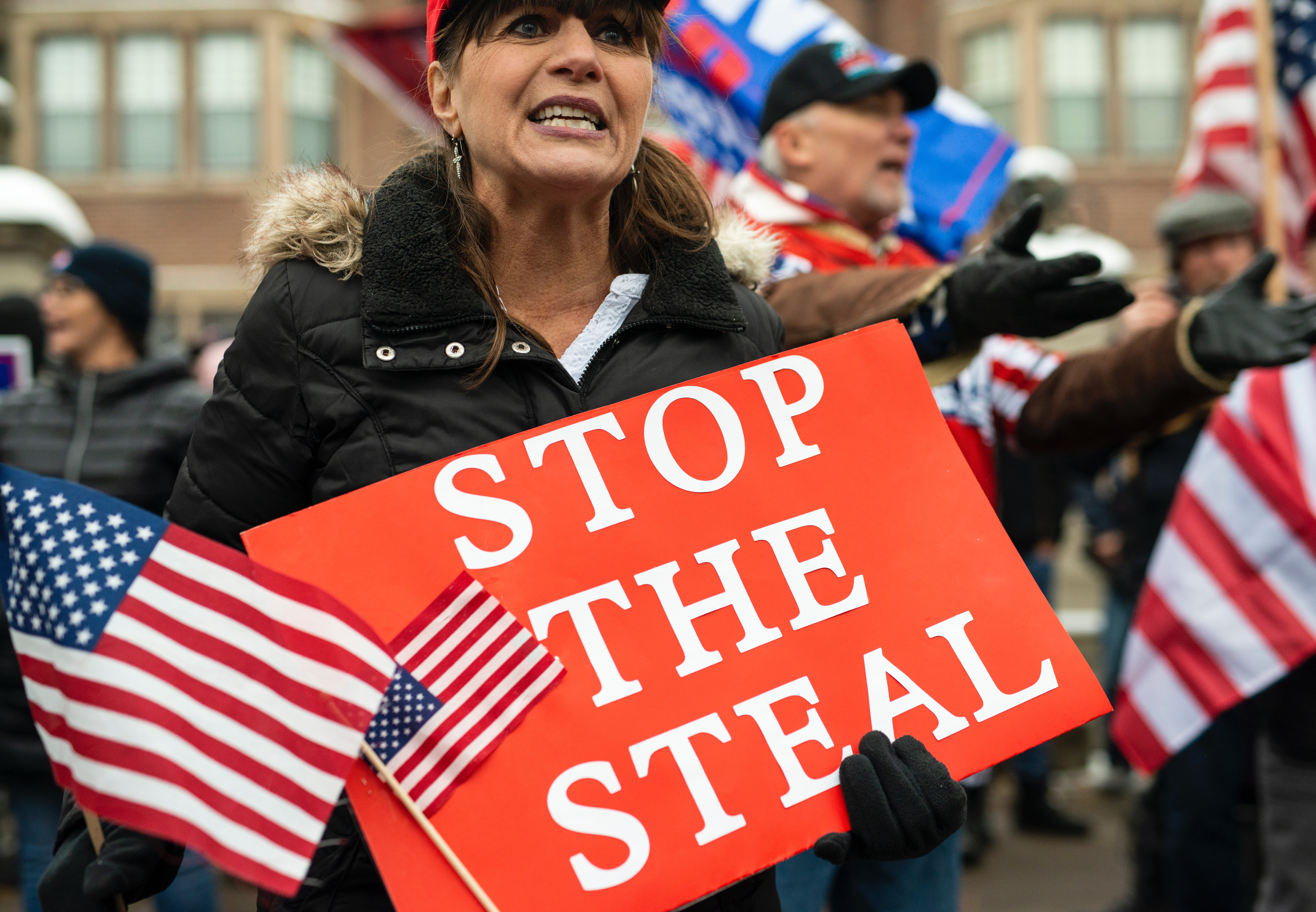 Early last week, Politico reported North Dakota’s Sen. Kevin Cramer called Trump to show his support for the president’s ongoing legal efforts to contest the election results. “If this doesn’t work out, I’ll just run again in four years,” the president reportedly stated during the call. Some political pundits speculate that a 2024 Trump campaign is part of why he won’t concede in 2020 — keeping his supporters convinced that this election was stolen could serve as fuel to keep his base fired up enough to potentially carry him through another term.

Additionally, Trump’s refusal to concede is proving to be actively harmful to Biden’s team, as the president’s administration is denying them access to essential government information, including details about the federal COVID-19 response and national intelligence briefings. As of Nov. 20, the head of the U.S. General Services Administration (GSA), Trump-appointee Emily Murphy, has not authorized the release of key documentation, funding, and intelligence to Biden’s team — all of which is both standard practice and necessary for the smooth transition of power after an election.

In a Nov. 19 open letter from Congress to Murphy, House Democrats called for the GSA administrator’s cooperation, writing "your actions in blocking transition activities required under the law are having grave effects, including undermining the orderly transfer of power, impairing the incoming Administration’s ability to respond to the coronavirus pandemic, hampering its ability to address our nation’s dire economic crisis, and endangering our national security." The GSA did not immediately respond to Elite Daily’s request for comment on the letter and Murphy’s actions.

Although it is still unclear whether or not Trump will definitively pursue a campaign in 2024, one thing is certain: It doesn’t seem like Trump, or his supporters, are giving up on the idea of a second term anytime soon.