The US actress told how the stress of shooting nine series of the hit science fiction drama that fired her to stardom had been crippling. Speaking to The Hollywood Reporter, she said: “I had a good couple of mini breakdowns during that and, at the end, could not talk about it, could not see it, could not see pictures. “I needed to immerse immediately in theatre in another country. And then, after a while, I was able to embrace it again, but when I started to embrace it, it was almost like I was looking at the image as if it was another person.

“When you immerse yourself so entirely – as we can and we do for such long periods of time- of course there’s going to be consequences.”

The star said returning to the UK, where she spent time as a child, had helped.

“When I finished with X-Files, I didn’t know if I wanted to be on a set again ever. So aside from having grown up in the UK and wanting to go back, I knew it would take time before I could, if I was going to.

“And in London, you could move between theatre and TV, and that was my dream.” 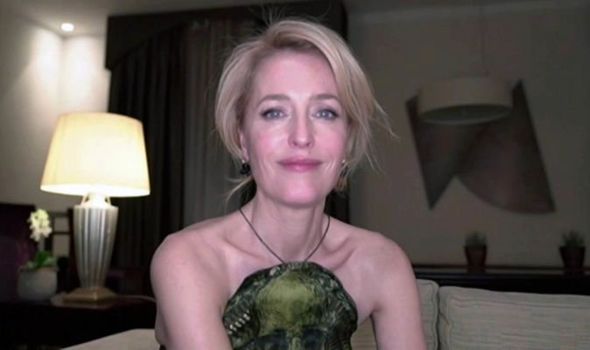 More recently Gillian caused a stir playing Margaret Thatcher in the fourth series of The Crown.

She went on: “I’ve had such amazing opportunities that, coming from Scully. I even questioned people, like, ‘Why are you offering this to me?'” The star stressed how she, along with many other actresses, had taken up the fight for equal pay.

“I first fought for pay equity way back when it was audacious by anybody’s standards, because I was a nobody,” she said.

“But when I really spoke up about it was when it happened again, four or five years ago, after the career I’d already had post-X-Files.

“We were going back to do another season and Fox came to me to offer, I don’t know, a tenth of what my costar (Duchovny, now 60) was being offered. That was the point where I was like, ‘**** this, I’m actually going to talk about this’.”