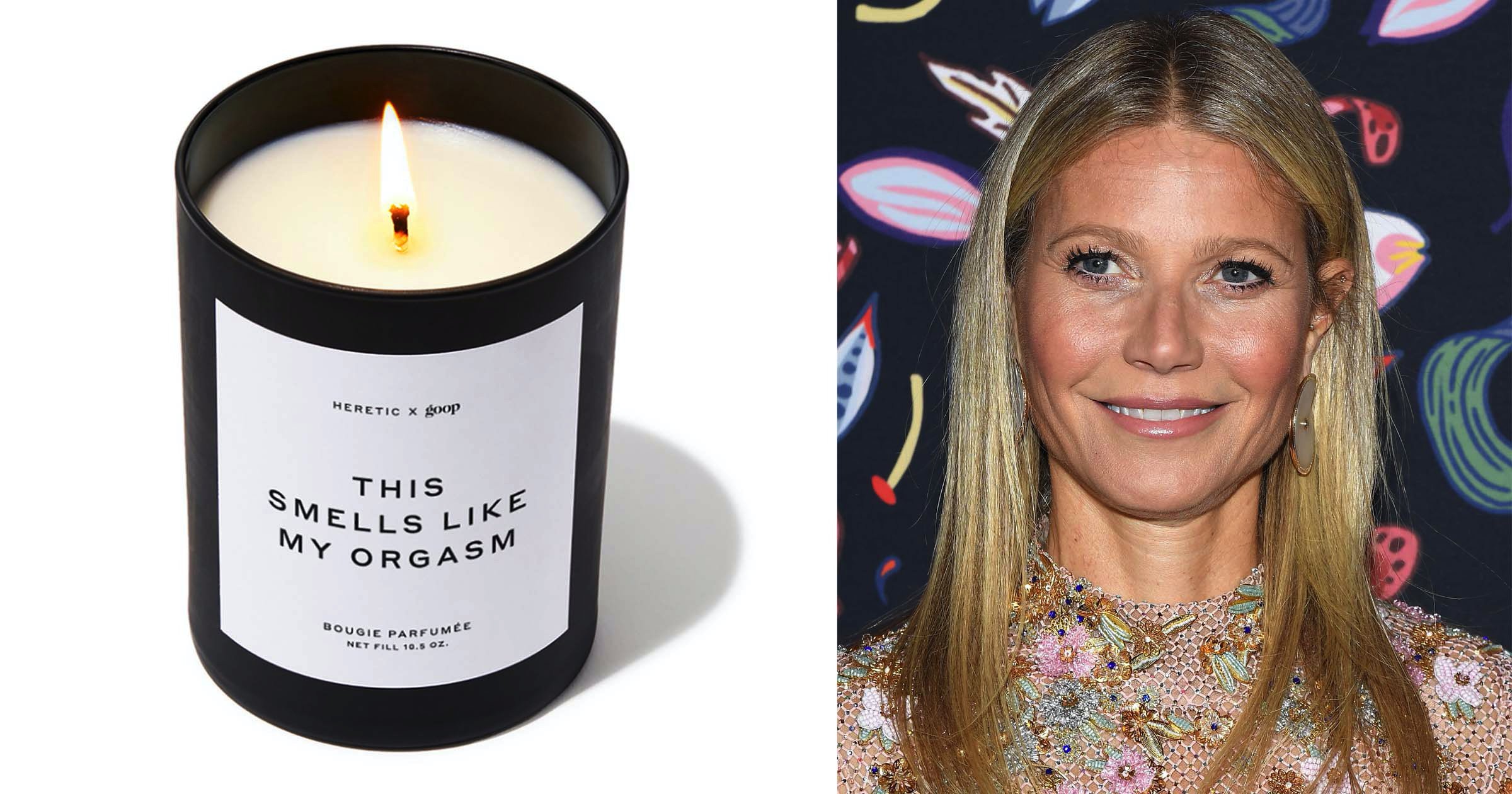 Gwyneth Paltrow’s Goop company has responded as it’s being sued by a man who bought her vagina candle and claims it could have ‘killed him’ when it exploded in his home.

According to TMZ, the Texas resident named Colby Watson has filed a class-action lawsuit over the 10.5-ounce ‘This Smells Like My Vagina’ candle.

The publication’s reporting of legal documents claims Watson says he purchased the candle in January, before lighting it for the first time in February.

Watson alleges that he placed the candle on his nightstand, which was a level surface and not in contact with anything else, while all windows were closed.

He stated that after burning for ‘an estimated three hours or less’, the candle became engulfed in ‘high flames’ and soon exploded, filling the room with smoke.

A spokesperson for Goop told Metro.co.uk: ‘We’re confident this claim is frivolous and an attempt to secure an outsized payout from a press-heavy product.

‘We stand behind the brands we carry and the safety of the products we sell. Here, Heretic—the brand that supplies the candle—has substantiated the product’s performance and safety through industry standard testing.’

Gwyneth, 48, left fans pretty baffled last year when she released a candle titled, This Smells Like My Vagina, via her Goop lifestyle brand.

While it may have seemed slightly unusual at first, it went on to sell out on the Goop website and has arguably become a fan favourite over time.

Earlier this year, one fan got a fright when said candle reportedly caused an ‘inferno’ in their home.

Jody Thompson had won the Goop product in an online quiz and claims that it ‘exploded’ with a 50cm high flame when she tried to light it.

A spokesperson for Goop told Metro.co.uk at the time: ‘We’re in touch with the woman to see if she followed the specific fire safety instructions included with the candle, such as trimming the wick and not burning it for more than two hours.

‘At Goop, we vet the products we sell and make customer safety a priority, so we’ve alerted the manufacturer to the woman’s issue and have also reached out to her to send her some goop products to help pass the days in quarantine.’

The candle is currently sold online via Goop, retailing at $75 (£69). It’s made using geranium, citrusy bergamot and cedar, as well as Damask rose, and described online as a ‘funny, gorgeous, sexy and beautifully unexpected scent’.

It was revealed on Goop that the candle had started out as a joke between perfumer Douglas Little and Gwyneth, when they had been working on a fragrance. Apparently, the Iron Man actress blurted out, ‘Uhhh… this smells like my vagina,’ and so, the candle’s name was born.

Fans will know that there has since been a follow-up to the vagina candle, with Goop now offering customers the chance to purchase a This Smells Like My Orgasm candle.

If you’ve got a celebrity story, video or pictures get in touch with the Metro.co.uk entertainment team by emailing us [email protected], calling 020 3615 2145 or by visiting our Submit Stuff page we’d love to hear from you.