In case you missed it, Tristan Thompson and Khloé Kardashian have called it quits (again). The couple, who shares a 3-year-old daughter True, ended their relationship after new rumors of Tristan cheating hit the internet. As reported by The Daily Mail, Tristan attended a private party at a Bel-Air mansion on June 18, where he entered a room with three women … only to reappear 30 minutes later.

“When he arrived, his shirt looked all pressed and when he came out, his shirt was a mess, he looked disheveled,” an anonymous source claimed to the Mail. “He continued to party for about another hour and then he left the party at about 4 a.m. with his entourage.” They continued, “He was repeatedly grabbing this one girl’s butt, so we all knew he was totally into her.”

A few days after Tristan’s latest cheating scandal hit the blogs, Page Six reported that the couple had officially split on June 21. “They’re getting along. There is no drama,” a friend of the two told the publication. “Everything is amicable, and they are on the same page with co-parenting.”

How is Khloé really feeling about Tristan these days? Let’s find out below. 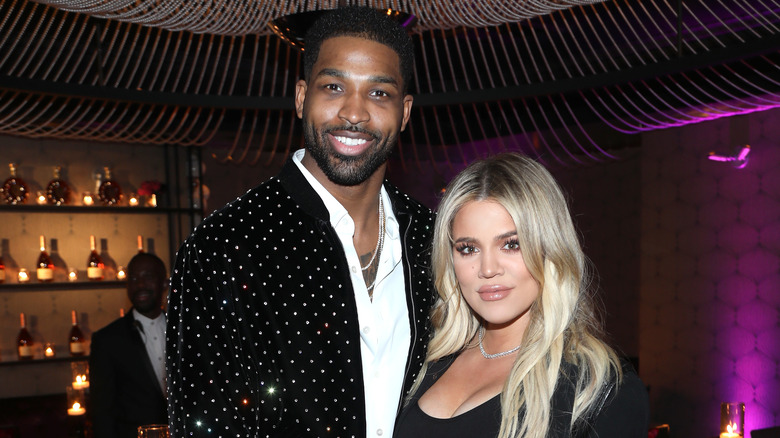 Despite Tristan Thompson’s never-ending scandals, Khloé Kardashian is reportedly still in love with him. In fact, she would let him back at the drop of a hat. “Khloé still loves Tristan and would take him back in a heartbeat, but that’s not happening any time soon,” a source claimed to Us Weekly. “They spent pretty much 24/7 together and now that she broke up with him, they’re not around each other as much anymore.”

“She’s trying to just adjust and transition into being friendly coparents and separate her emotions from him,” the source continued. They also admitted that the celebrity couple was doing pretty well … until a few girls came forward claiming they were sleeping with Tristan. In April, for instance, Instagram model Sydney Chase sat down with “No Jumper” and discussed intimate details about Khloé’s then-boyfriend.

The same source told Us Weekly that, although Khloé is tempted to take Tristan back, she thinks he won’t be able to stop cheating. “She struggles because Tristan is the father of True, and she wants to be on good terms with him,” they said. “But she is having trouble because she sees him as a cheater and thinks it’ll continue to happen if she takes him back.”