It was a historic day for America, when Joe Biden and Kamala Harris were sworn in as president and vice president of the United States on Wednesday. Amid the ongoing coronavirus pandemic however, the monumental event was celebrated and looked very different from past inaugurations.

Politicians and celebrities in attendance, who were celebrating the inauguration, wore face masks, greeted each other with fist bumps and elbow taps, as well as socially distanced while at the Capitol in Washington, D.C. Barack and Michelle Obama, as well as the Biden and Harris families, and many others were seen bumping fists and saying hello to many friends and colleagues in different ways. 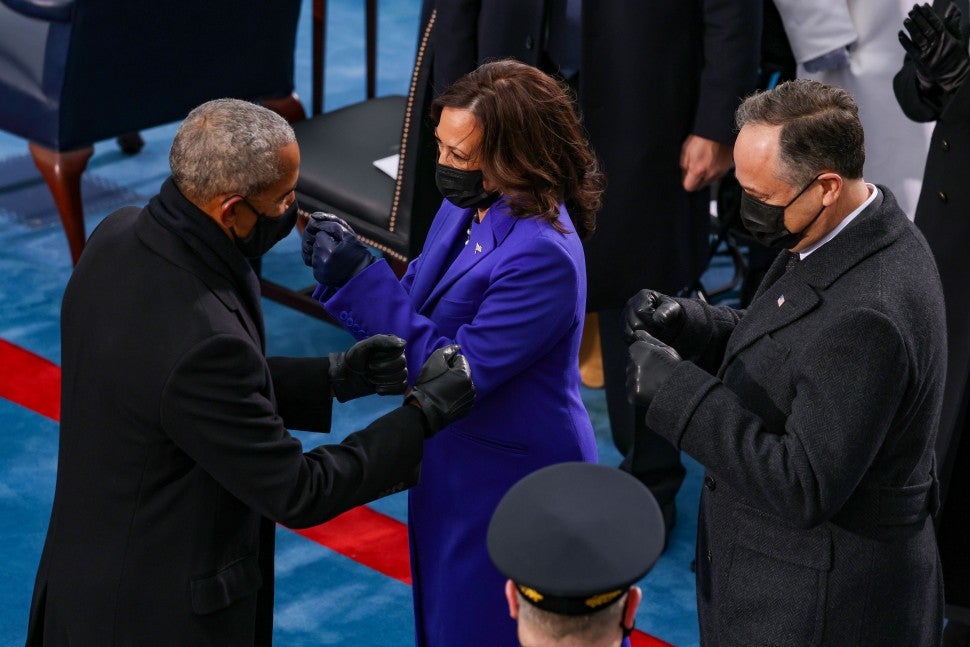 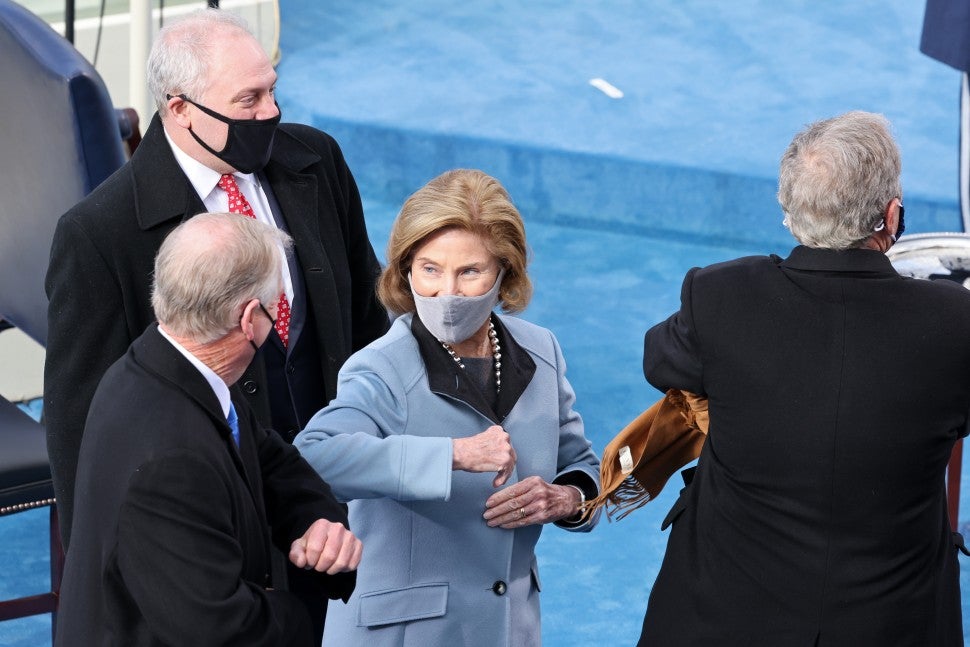 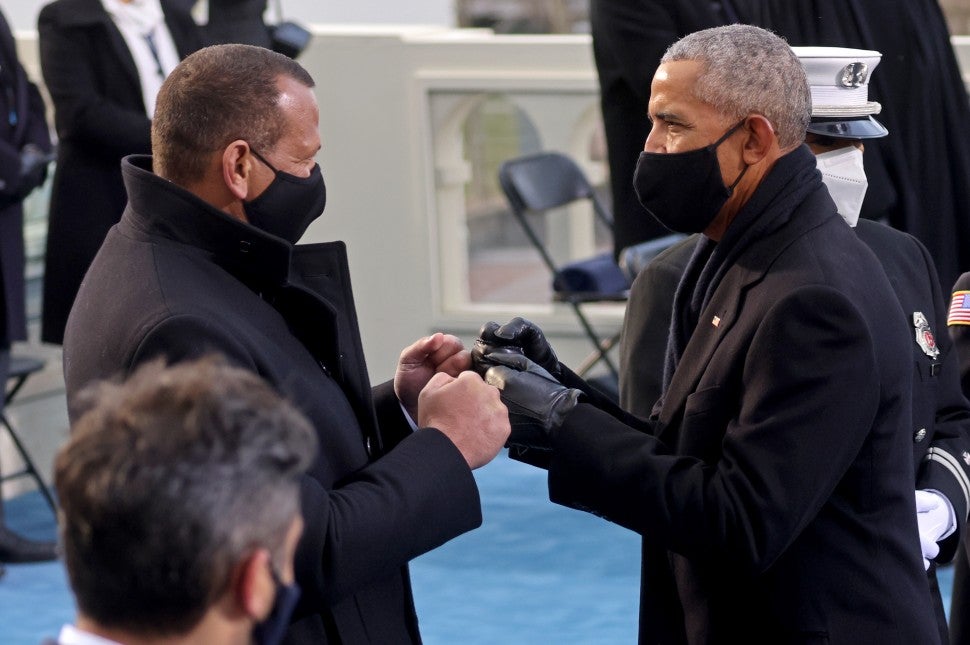 There were many ways the inauguration stayed distant and changes were implemented to keep everyone safe. At first glance, the crowds that usually gathered in Washington, D.C. were nowhere in sight, as large gatherings are not permitted in order to curb the spread of the virus. Instead, about 200,000 flags were posted on the National Mall to represent Americans.

At the U.S. Capitol, all were expected to keep their masks on unless they were speaking or performing. Seats were also separated by a couple of feet. 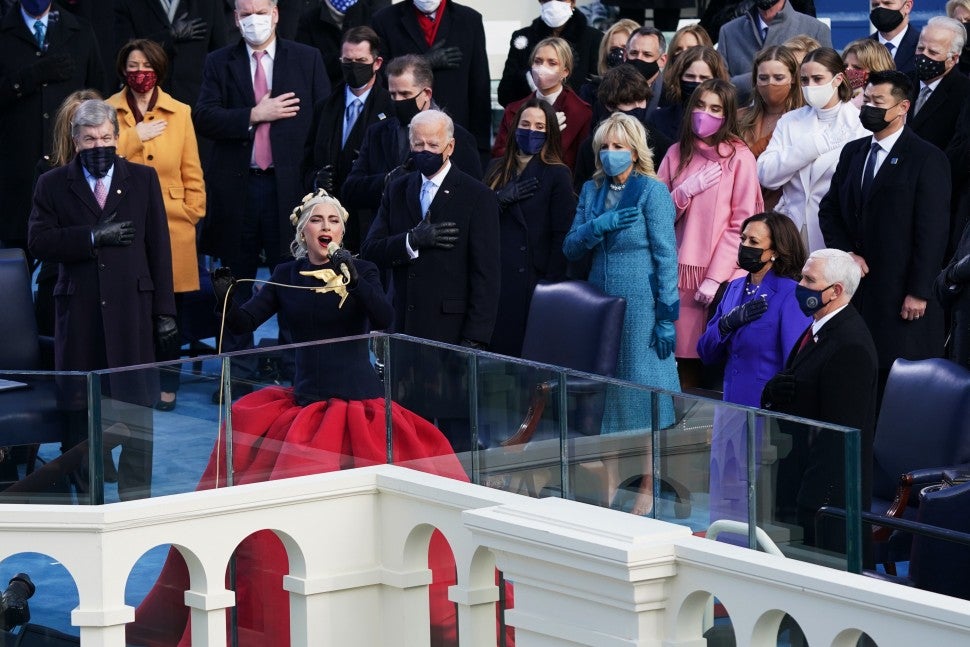 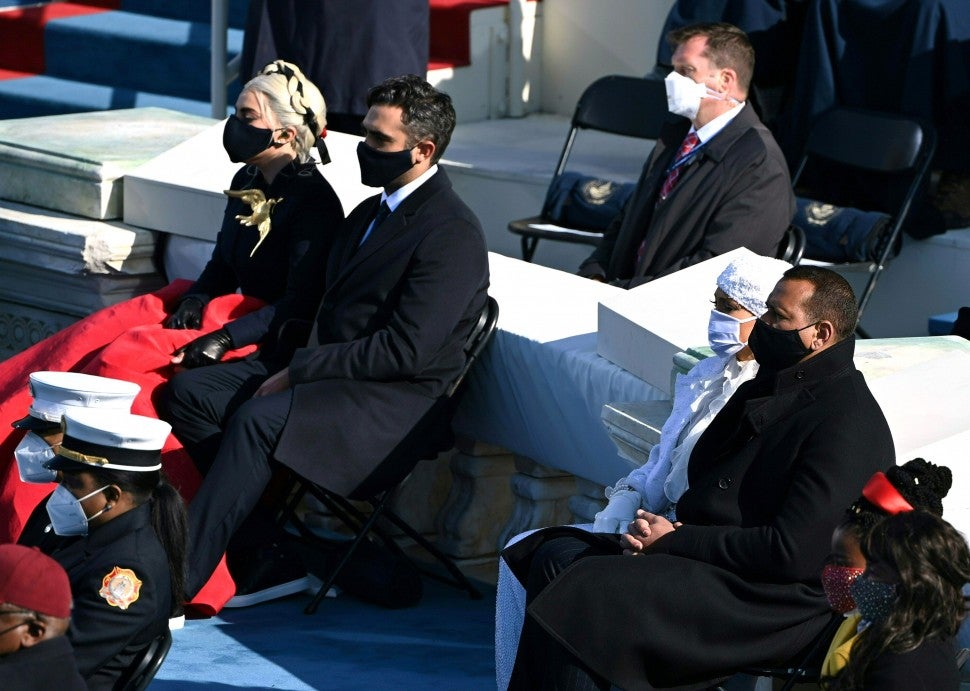 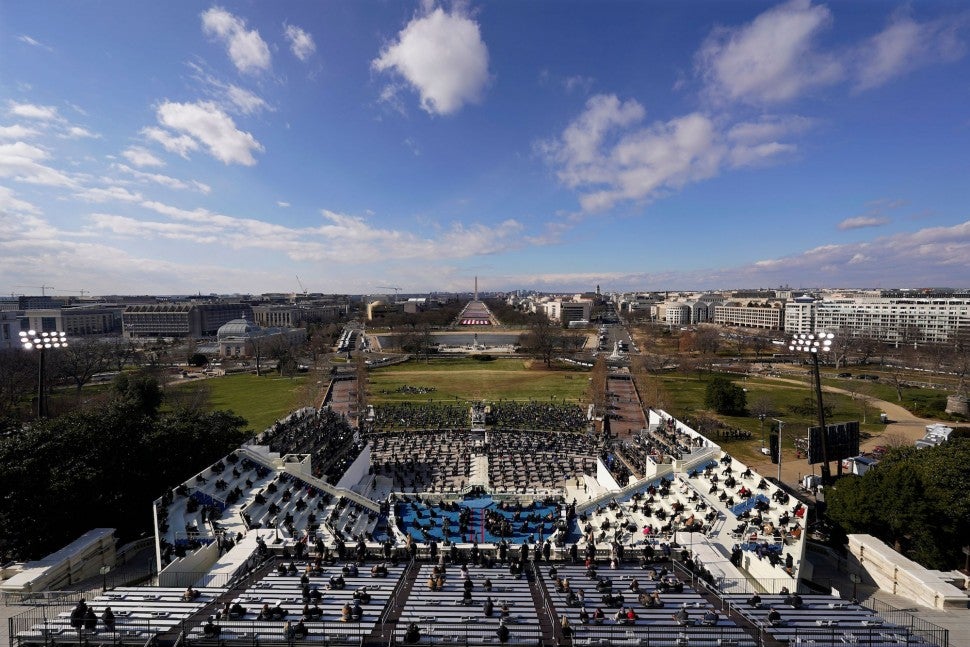 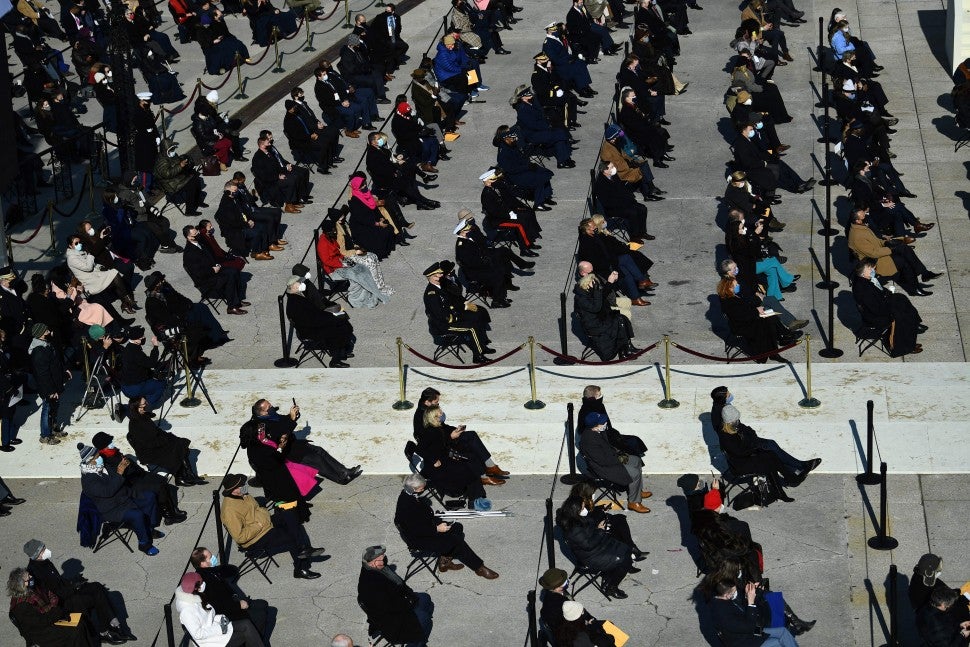 Following the inauguration, instead of the traditional luncheon, Biden and Harris, along with their spouses, attended the presentation of gifts ceremony in the Capitol Rotunda. 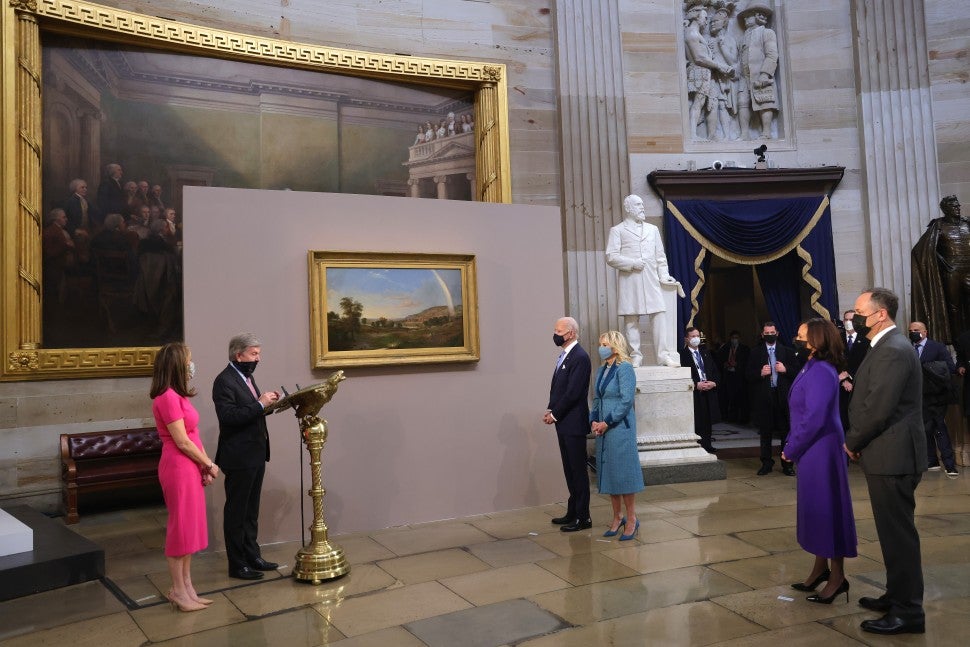 The Biden and Harris families also participated in a smaller-scaled parade around Washington, D.C. This year, planners decided to limit tickets to the event and remove parade-viewing stands near the White House. 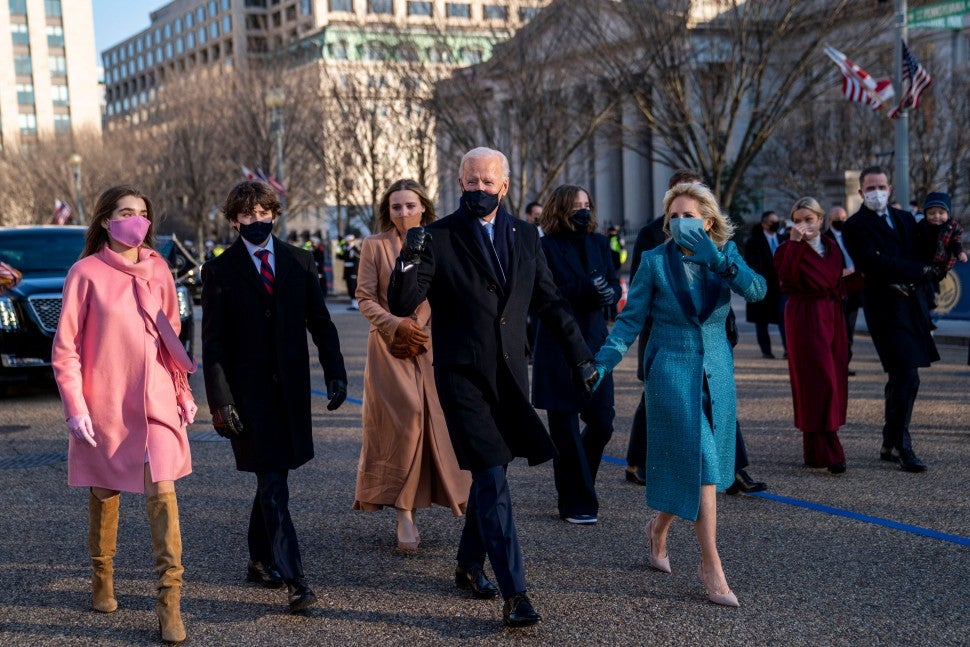 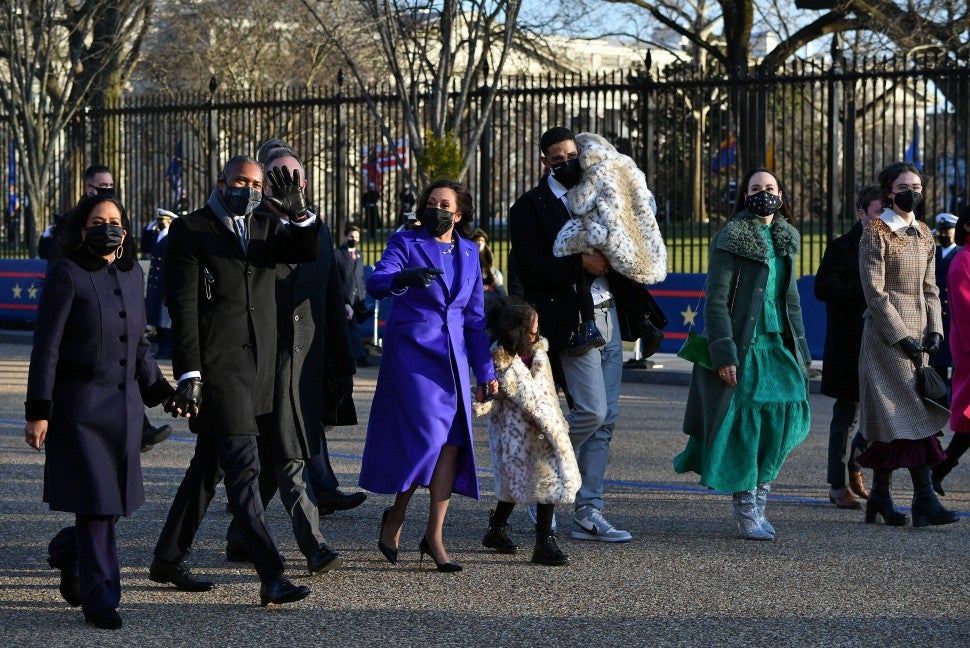 As for tonight’s traditional ball? Due to the pandemic, there will not be a ball this year. Instead, Biden and Harris will be honored with a virtual Celebrating America special planned in its place.

Watch Biden’s inauguration speech in the video below.