Liam Fox, 52, joined the cast of Emmerdale in late 2011 as Dan Spencer and was initially contracted to eight episodes, but due to his success, he was later promoted to the main cast. The ITV actor used to be married to a Hollyoaks star before divorcing and reuniting with his current partner and university friend, Jo Hudson.

Liam married fellow actress Nicole Barber-Lane in 1999, and the pair went on to have one child together, while Liam became a stepparent to Nicole’s daughter.

However, after sixteen years, the pair decided to go their own ways in 2015.

In a joint statement at the time, they said: “It is with much sadness that we confirm the end of our marriage, though our family unit remains strong. 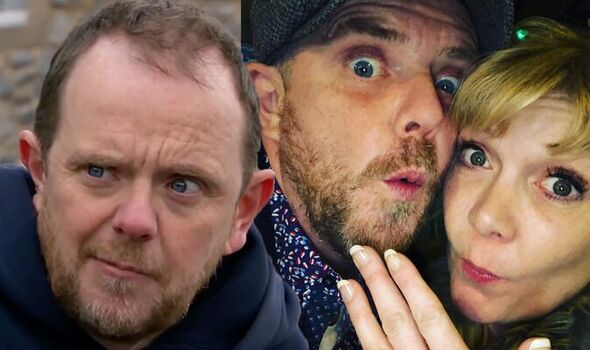 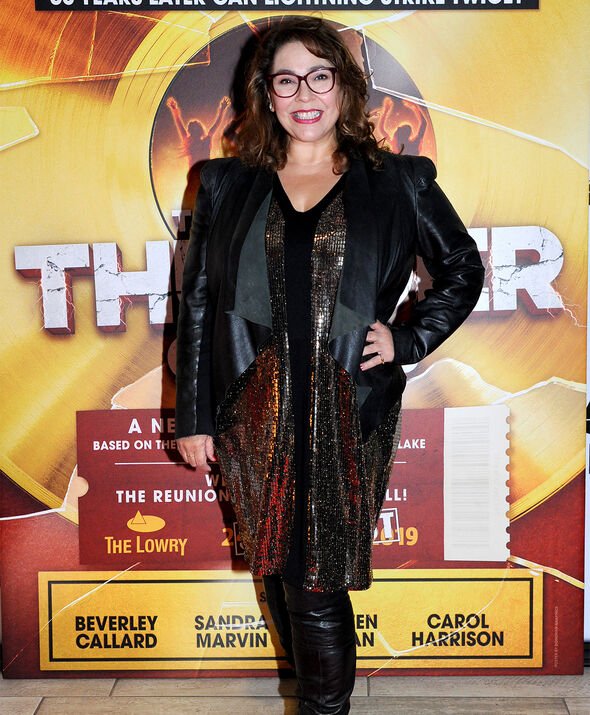 “We’ll always love and respect each other and are united by our children and family remaining at the centre of our lives.”

This wasn’t the end of love for Liam, however, as he reunited with his former university girlfriend, Joanna, in 2017.

Also an actress, over the years she has starred in a number of short films and also played the role of a waitress in the film, The Bromley Boys.

She now goes by the double-barrelled surname of Hudson-Fox as she and her husband got married in 2020 just before the pandemic meant weddings were postponed indefinitely. 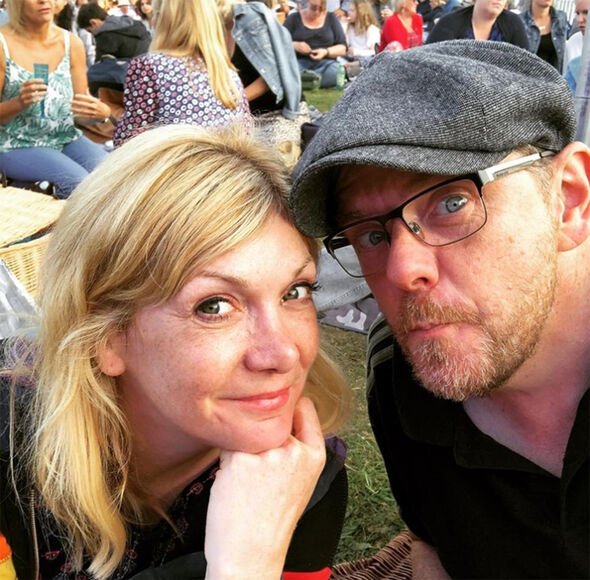 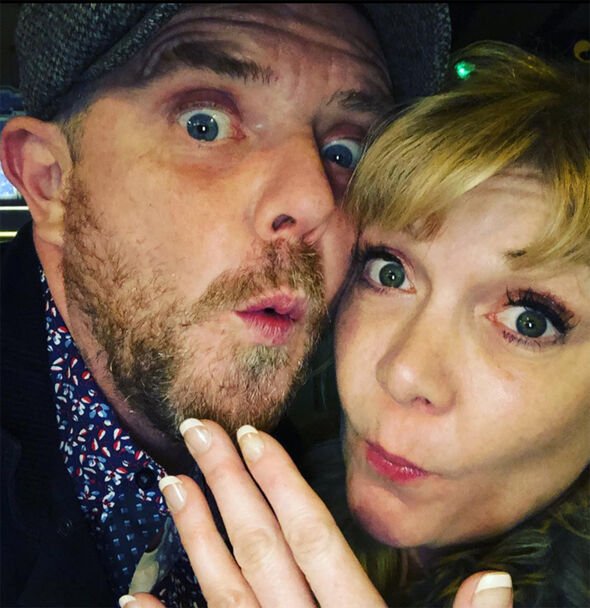 Tying the knot at Peckforton Castle in Cheshire, the couple became man and wife after three years of a blissful romance.

They reconnected in 2017, but it was back in 1993 that they first met as they both studied at Salford University.

The pair have since spoken about their idyllic wedding day and the memorable moments.

Speaking about their big day, Liam said: “It was everything I’d hoped for and more, so I’m chuffed. Me and Jojo were the last ones on the dance floor at 2.50am.”

Reliving the moment she went down the aisle, Joanna reflected on her life-threatening tumour she had faced a few years before.

She said: “My best friend Susannah walked me down the aisle because she looked after me when I was ill.

“My biggest heartwarming moment was watching [Liam’s stepdaughter] Gemma singing during the ceremony.”

Liam added: “It made me emotional. She’s my stepdaughter, but she’s my daughter. Luckily, mine and Nicole’s divorce wasn’t messy in any way, so our relationship hasn’t been affected.

“I even had my ex-mother-in-law at the wedding! If Nicole wasn’t on tour, she’d have been there too,” he continued to explain.

Liam will be joining Dean Andrews on this evening’s Our Great Yorkshire Life.

Dean will take his pal to the River Don, an area once devastated by industrial pollution but now thriving due to the hard work of campaigners.

They will also go to Pickering, North Yorkshire to watch the doors open to Yorkshire Teddy Rescue.

You can watch Liam on Our Great Yorkshire Life this evening on Channel 5 at 7.55pm