Facing controversy head-on. Justin Bieber lashed out at PETA in an Instagram rant after the organization slammed him for paying $35,000 for a pair of Savannah kittens.

“Baby, baby, baby, nooooooo,” PETA Senior Vice President Lisa Lange said in a statement to Us Weekly. “Justin Bieber could inspire his fans around the world to save a life by adopting a cat from a local animal shelter — rather than fueling the dangerous demand for hybrid cats, contributing to the animal overpopulation crisis, and proving that when it comes to helping animals, his stance so far is ‘I don’t care.’”

Bieber, 25, addressed the backlash on his Instagram Story, writing on Friday, October 4, “PETA can suck it.” 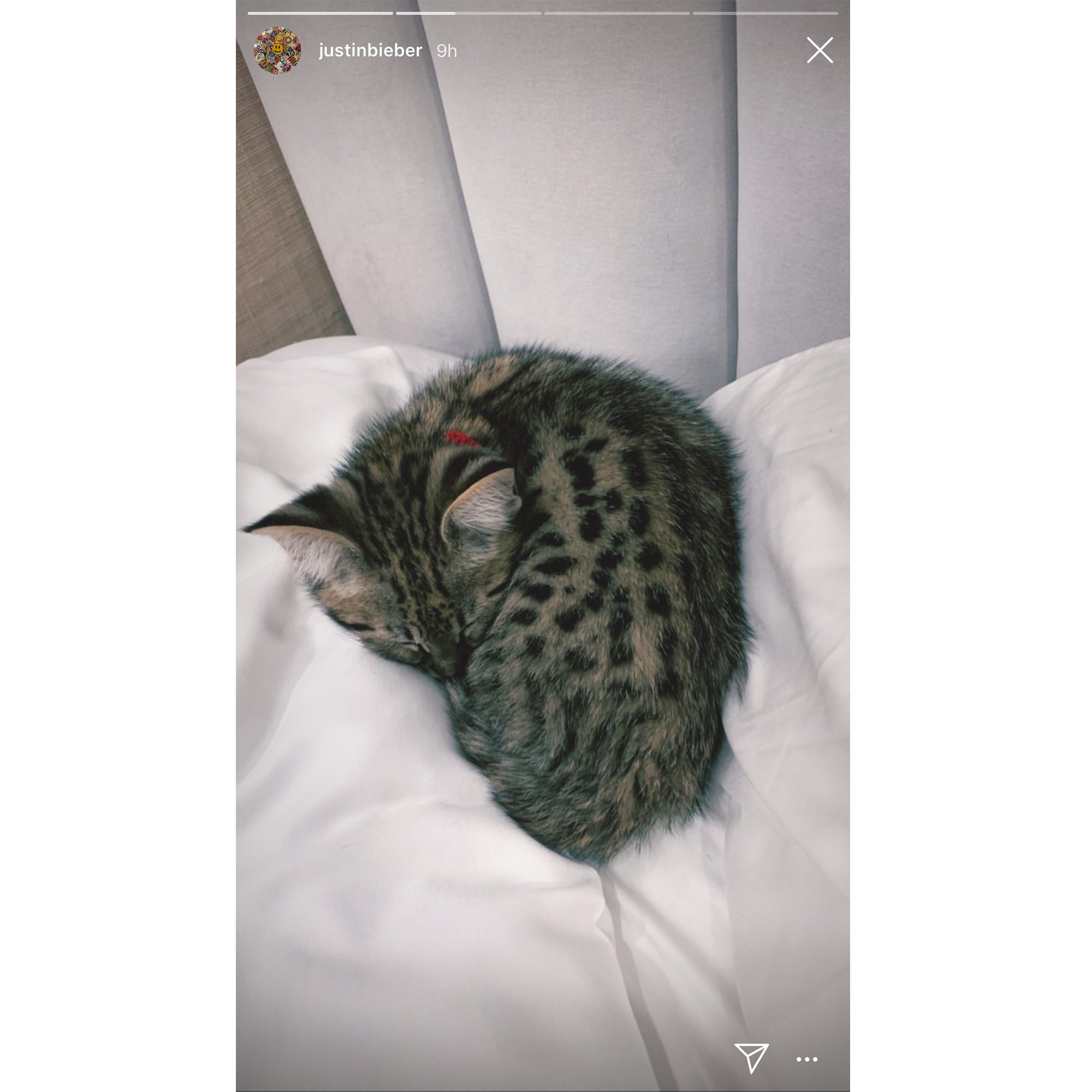 The Grammy winner elaborated on his stance in a series of follow-up posts. “PETA go focus on real problems. Like poaching, and animal brutality,” he continued. “Ur tripping because I want a specific kind of cat? U weren’t tripping when I got my dog Oscar and he wasn’t a rescue.. every pet we get must be a rescue? I believe in adopting rescues but also think there are preferences and that’s what breeders are for.”

He concluded: “PETA go help with all of the plastic in the ocean, and leave my beautiful cats alone.”

The animal rights outfit responded to Bieber’s posts in a statement to Us on Friday. “Sorry, Justin, but you must think more deeply about this issue: When millions of animals are losing their lives every year because not enough people adopt — choosing instead to shop — the animal overpopulation crisis is a ‘real problem.’ That’s what ‘sucks,’” PETA President Ingrid Newkirk said. “PETA urges you to spend just one hour in a municipal animal shelter with us — we think you’ll understand how hard it is to look into the animals’ eyes and know that because people pay breeders, many of them will pay with their lives. You have the power to be a great role model on this issue — your behavior guides that of tons of your fans — so please put that to good use.”

The “I Don’t Care” singer purchased the part-African Serval cats, named Sushi and Tuna, ahead of his second wedding to wife Hailey Bieber (née Baldwin). According to The Hollywood Reporter, he paid a breeder $20,000 for Sushi and $15,000 for Tuna.