Kendall Jenner and Devin Booker were spotted packing on hot PDA off the Amalfi Coast, as they continued their romantic getaway together.

Kendall Jenner and Devin Booker look so in love. The Keeping Up With the Kardashians star and her NBA player boyfriend took their yacht to Positano to kick off the weekend on Friday, Aug. 27, and they made sure to pack on a lot of PDA. SEE THE PHOTOS HERE!

In the photos obtained by TMZ, Kendall and Devin were seen cuddling and kissing on a yacht off the Amalfi Coast. Kendall showed off her curves in a tiny black bikini, while Devin relaxed in a white tank top as he laid back and wrapped his arm around his gorgeous girlfriend. 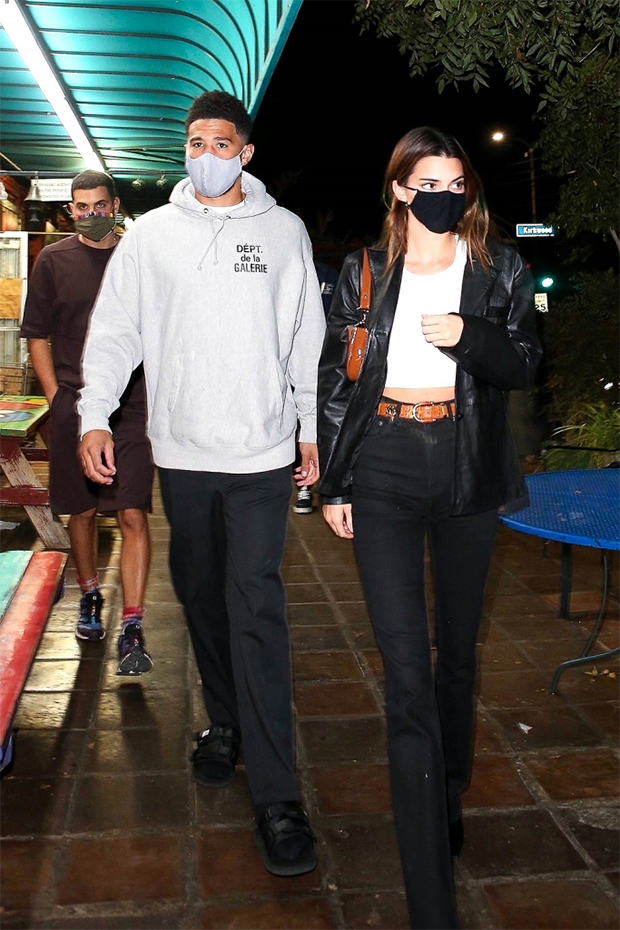 Later, Kendall was spotted going topless to avoid tan lines on her back, and Devin kept a close eye on her as she laid face down on their big boat. Then — naturally — they made out and packed on even more PDA.

Eventually, Kendall and Devin were seen enjoying some wine and snacks before taking a dip in a hot tub. Devin even got a bit wild and hopped off the top level of the yacht before splashing down, and Kendall probably loved it.

Kendall and Devin have been traveling on their yacht through Italy for quite some time now. They’ve actually been pretty inseparable since Devin’s gold medal win at the Tokyo Games, and HollywoodLife EXCLUSIVELY learned that they’ll keep spending as much time together as possible before he returns to the NBA for another season on the court.