From her brief fling with Nick Jonas, to her most recent relationship with NBA star Devin Booker — here is everyone Kendall Jenner has dated.

Kendall Jenner has been in the public eye for most of her life, so it comes as no surprise that the Keeping Up With The Kardashians star has romanced a few high-profile men over the years. From her on-and-off relationship with former One Direction heartthrob Harry Styles, to the multiple NBA players she’s courted, we’re looking back at all of the lucky men who have dated the reality star turned supermodel. 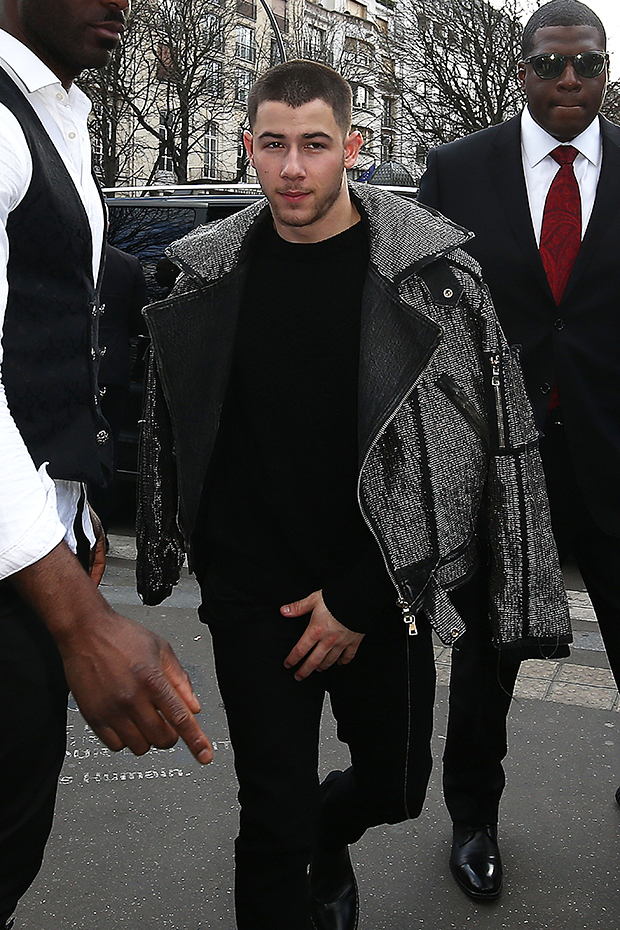 Former Disney Channel star Nick Jonas was linked to the supermodel back in 2015 when his older brother Joe Jonas was dating Kendall’s pal Gigi Hadid. It was reported at the time that Gigi set up the pair, however the Jonas Brothers star denied the claims. We’re not dating. Kendall is great, and naturally, with her being good friends with Gigi and with Joe and Gigi dating, there are times we’ll be in the same place and we all hang out,” Nick told E! 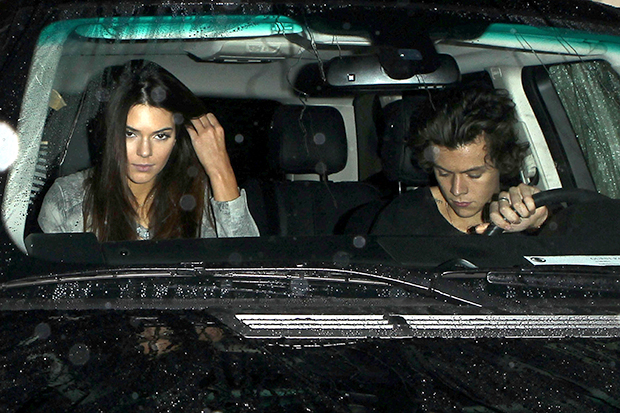 Kendall and Harry Styles were first linked when they were spotted having dinner together in Los Angeles in November 2013. It was reported that the pair split a few months later in early 2014, however they rekindled their romance the following year. They were spotted spending New Years together, canoodling on a yacht while on vacation, and Kendall’s big sis Khloe Kardashian seemingly confirmed the romance. “Do I think they’re dating? Yes,” she told Entertainment Weekly. “I don’t know if they’re like boyfriend-girlfriend. Nowadays I don’t know. People are weird with stuff. So, I don’t know their title.” The public didn’t see much from them until they were spotted shopping together in April 2016, however they split later that year. It seems the pair ended on good terms, as they appeared on James Corden‘s The Late Late Show together in 2019. 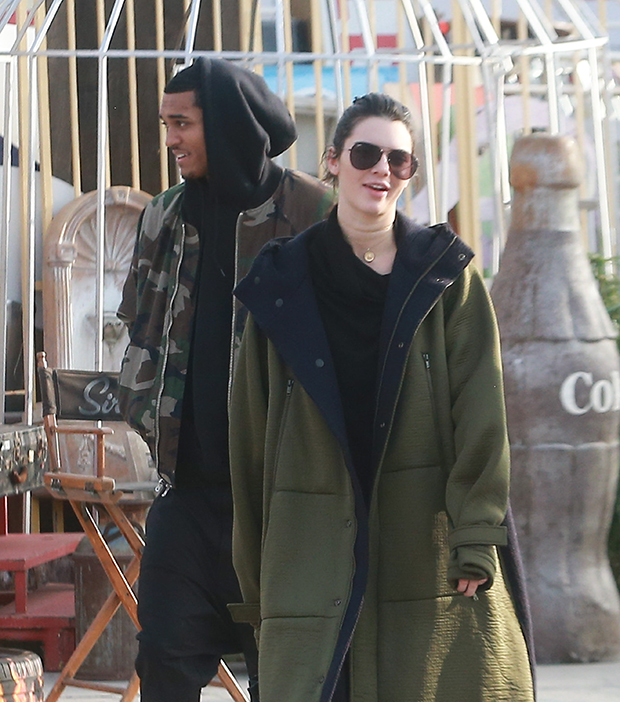 Kendall began casually dating NBA player Jordan Clarkson in July 2016. They hung out sporadically throughout the year, with an eyewitness report in E! claiming the pair were cozying up to each other at Drake’s 2016 American Music Awards after-party. “She was laughing the whole time! She was super giddy and loving every minute of it. It was obvious that they have a very playful, fun relationship,” the source told the outlet. “They were extremely affectionate and sweet towards one another. It’s obvious he makes her so happy!” Nevertheless, they split sometime in 2016. 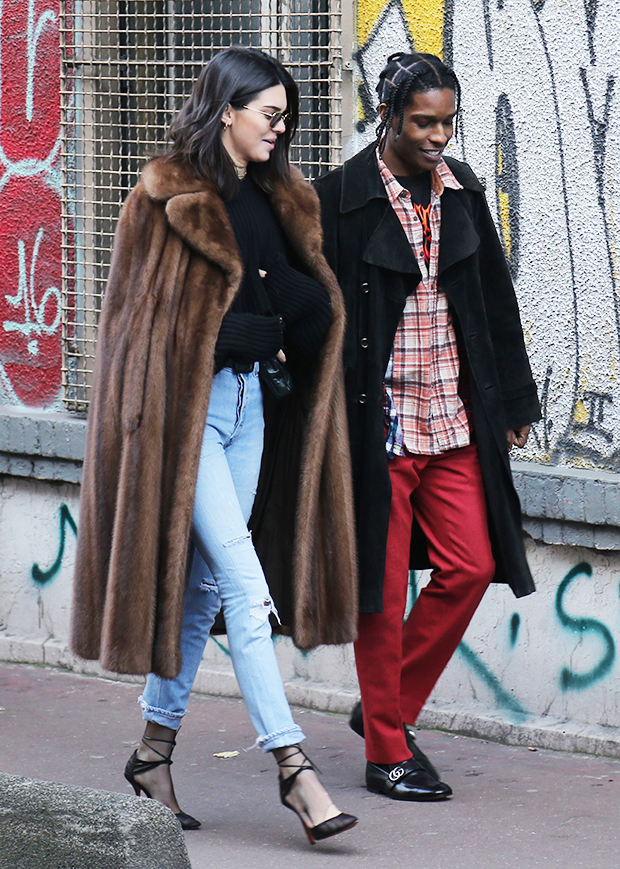 Kendall and A$AP Rocky sparked romance rumors when they attended Kanye West’s Yeezy fashion show together in August 2016, and were later spotted together at the 2017 Met Gala. Despite being romantically linked for over a year, the supermodel and the musician never made things official. “Kendall and ASAP weren’t seeing each other a lot,” an Us Weekly source said in September 2017. “They weren’t really official but were obviously dating. Their schedules are really hard.” 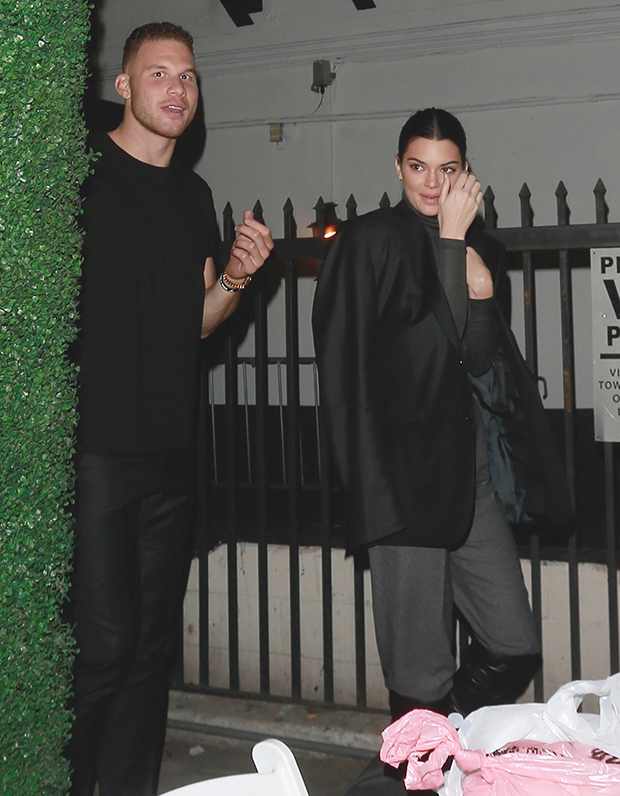 Kendall reportedly began dating NBA star Blake Griffin in August 2017. Although their romance was brief, she opened up about their relationship in a March 2018 Vogue interview. “I’m happy. He’s very nice,” she said. “I have someone being very nice to me.” The two were spotted out and about together for around seven months before calling it quits in April 2018. 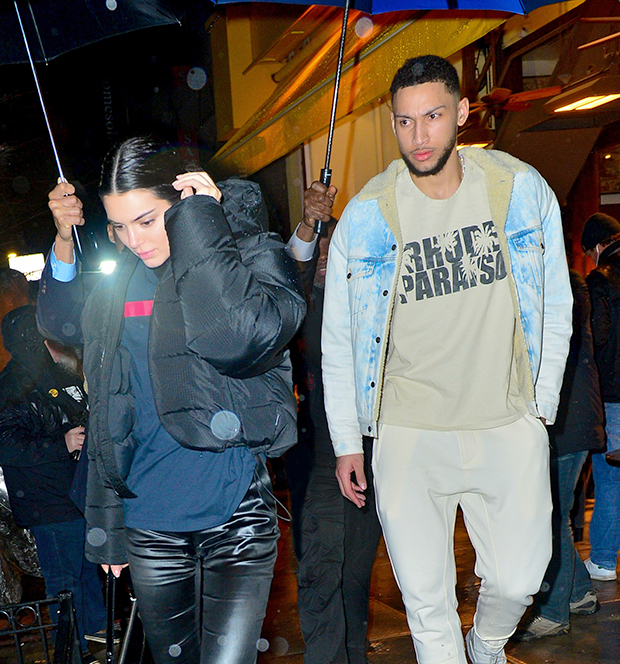 Kendall began dating Australian born basketball player Ben Simmons in July 2018. She had an on again, off again relationship with the Philadelphia 76ers star for nearly two years, breaking up for the first time in May 2019 before rekindling their relationship. She actually confirmed that they dated on a February 2019 episode of The Ellen DeGeneres Show, saying she dated the athlete “for a bit”. Things began heating up again in early 2020 when she spent time with his parents during and after a Feb. 11 Sixers game in Philadelphia. In a pic posted to Instagram, Kenny was all smiles walking with the NBA star and his parents following the 76ers beating the L.A. Clippers. The appeared to call it quits shortly afterward as the coronavirus pandemic began. 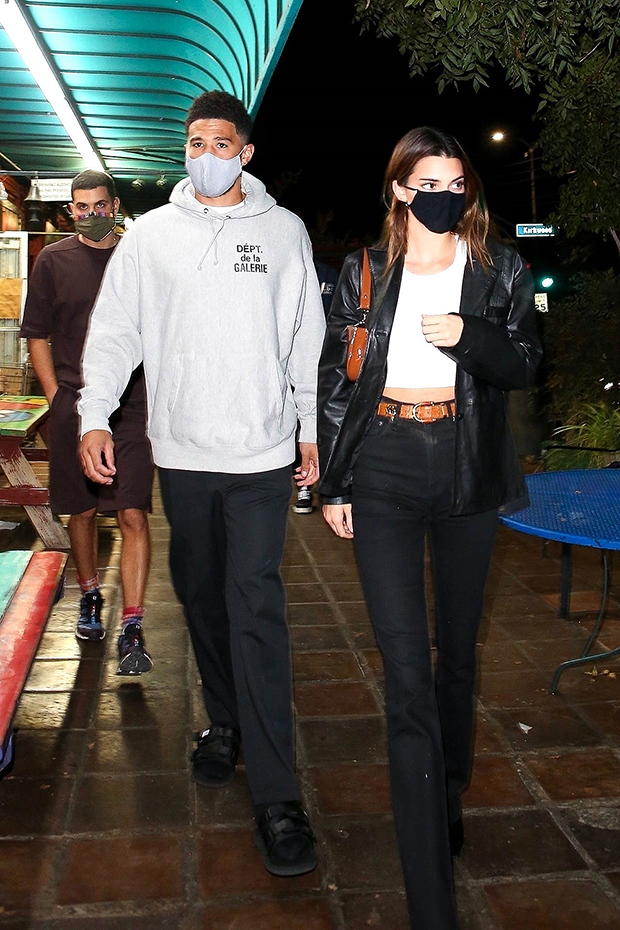 Kendall and her latest fling Devin Booker are one of our favorite 2020 quarantine couples! The stylish duo were first spotted on a road trip in Arizona back in April. They’ve since been spotted out and about, sharing meals in Los Angeles and spending time with their mutual friends. The Phoenix Suns point guard even took his romance with Kendall interstate, visiting pals Justin Bieber and Hailey Baldwin in Idaho on September 3. A source close to the couple told HollywoodLife on Aug. 19 that the pair were having fun together, but no word on whether they’re ‘official’ just yet. “Kendall is having fun with Devin and seeing where it goes but she’s not seeing anyone else and neither is he,” the source revealed.