Presenter Lorraine Kelly, 61, couldn’t resist hitting back at the viewer’s comment with a sassy response, in view of her 624,000 followers. It comes after the host shared a clip from her interview with Tik Tok singing star and postman Nathan Evans, 26, today.

During the interview, she told him: “Thank goodness you’re still working, I don’t know what we’d do without you guys.”

She then asked if people had started to recognise him while he did his rounds for the Royal Mail.

Nathan, known as the ‘sea shanty singing postman,’ said he sings “pretty much everywhere I go”.

The singer went on to say he is often recognised and approached by fans asking if he is “the guy from Tik Tok”. 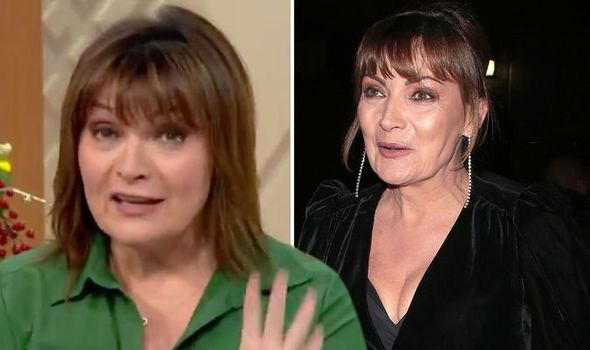 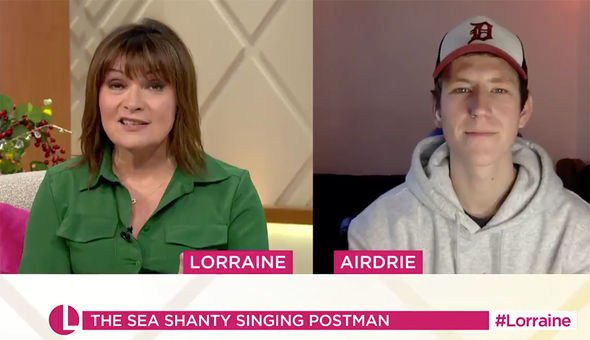 In response to this, a Twitter user wrote: “You love everything Lorraine.”

She replied: “Not that sure about you tbh,” alongside a crying with laughter emoji.

Addressing the swipe, one of her followers commented: “Ouch!” 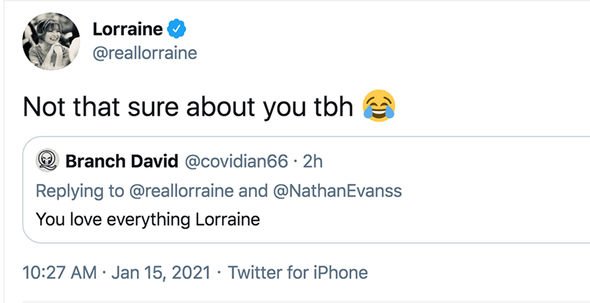 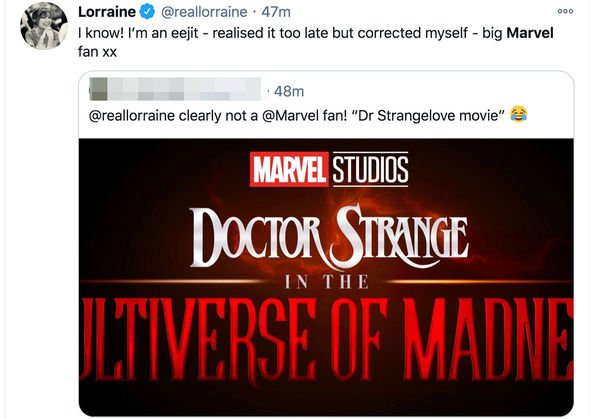 Earlier this week, she addressed two blunders she made on her show.

Firstly, in an interview with Harry Potter star Jessie Cave, she accidentally referred to the latter’s partner as her husband.

The actress joined Lorraine via video call to discuss her newborn’s coronavirus battle.

The host asked Jessie how her and her “husband” had been doing, to which she replied: “He’s not my husband, he’s my boyfriend.

“He doesn’t want to get married.”

Lorraine apologised for her blunder adding: “I keep doing that. I’m terribly sorry I married you off.”

Elsewhere this week, the presenter was also called out for an epic mistake she made about the upcoming Doctor Strange movie.

During an interview with actress Elizabeth Olsen, Lorraine mistakenly referred to the film as Dr StrangeLove.

The presenter’s blunder was pointed out by a viewer on Twitter, who wrote: “@reallorraine clearly not a @Marvel fan! ‘Dr Strangelove movie’,” alongside a laughing emoji.

But assuring the viewer she is a fan, she replied: “I know! I’m an eejit – realised it too late but corrected myself – big Marvel fan xx.”

Lorraine airs weekdays from 9am on ITV.