Really? Meghan King Edmonds’ husband, Jim Edmonds, gave a surprisingly positive update on his marriage after the Real Housewives of Orange County alum said she could not trust him amid his scandal.

“We’re doing good,” the retired baseball player, 48, told TMZ Sports in a video published on Saturday, June 15. Jim added that he and Meghan, 34, are “just gonna have to work through” the ordeal.

AllAboutTheTEA.com published explicit screenshots of texts on Thursday, June 13, that the sports broadcaster allegedly sent to a woman he reconnected with in March 2018 while Meghan was pregnant with their now 12-month-old twins, Hart and Hayes. The website alleged that he previously engaged in an affair with the woman while married to his second wife, Allison Jayne Raski. 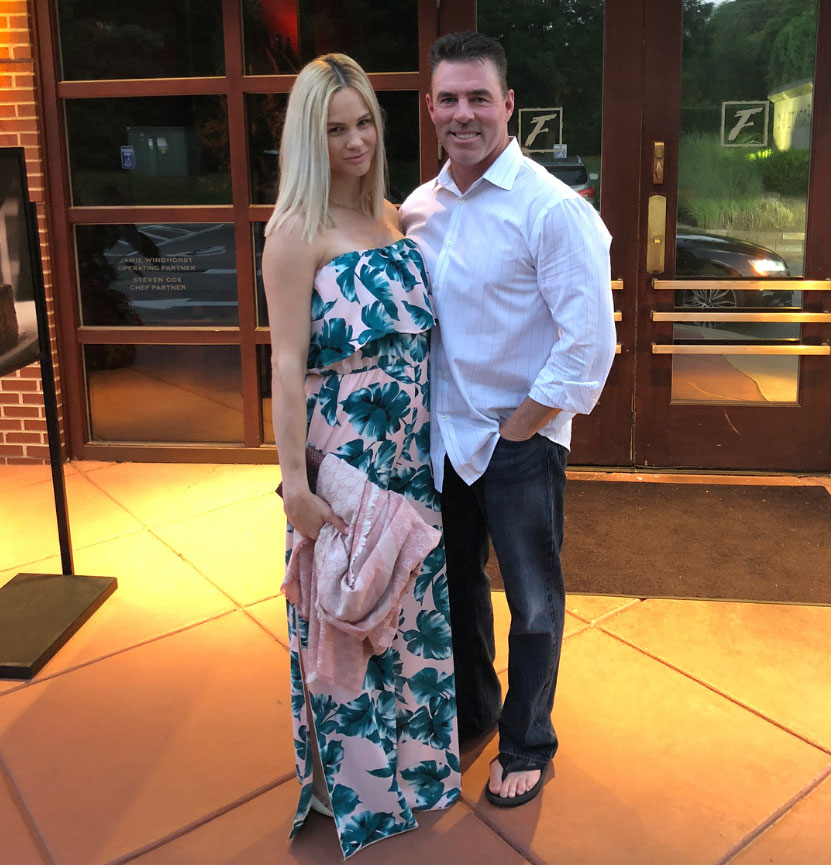 Jim addressed the allegations for the first time in an exclusive statement to Us Weekly. “Regrettably, I had a lapse in judgment. I engaged in an inappropriate conversation with this person,” he said on Thursday. “At no time was there any type of relationship or physical contact. Absolutely none. This is someone trying to profit from my name. I am aware she has done this to others in the past.”

The statement continued: “Clearly, I made a very poor decision to expose myself and my family to this type of person. For this, I am truly sorry and sought forgiveness from my wife. I’m outraged over the intent to ruin my family and intend to take legal action. We were never having any problems in our marriage. My attorney is in possession of documents wherein this person has admitted fabricating large portions of her ‘story.’”

Meghan spoke out about the betrayal in a Friday, June 14, blog post. “I called Jimmy and he confessed to me that he had exchanged lewd photos with this woman over the course of several months and a physical relationship never existed. He paid her off to protect me so I’d never find out,” she wrote. “Do I believe him? I don’t know. Because I don’t trust him anymore. Physical or not, he still had an affair and he admits this to me.”

The couple wed in October 2014. They are also parents of daughter Aspen, 2, while Jim has four children from previous relationships too.