Mindy Kaling was one of many celebrities who was able to keep her private life private while quarantining amid the coronavirus pandemic this year.

In October, the actress-comedian revealed that she had given birth to her second child, a son named Spencer, in September without any of her fans ever knowing she was pregnant in the first place.

While it would seem that to keep a pregnancy a secret at her level of fame would be difficult, Kaling tells Elle magazine that “it was not too bad.” In fact, she remained pretty active on social media the whole time.

“I mean, clearly, I was not going anywhere, like everybody else, so nobody found me out. So that was kind of easy,” she says of quarantining during much of her pregnancy. “And then just being at home and taking photos, I’d largely just kind of shot around my pregnancy. Shot myself from the waist up and then also wore baggy things. I never got super huge, so it was a little bit easier.”

The 41-year-old Mindy Project star welcomed her first child, daughter Katherine, in 2017, and notes that having a second kid to raise does come with a new set of challenges.

“The difference between having a first child and a second child is so funny. The first time it was like every person in my life came out of the woodwork to send gifts and cards and notes and emails,” she recalls. “And then once you have a second kid, everyone’s like, ‘You’re fine. You’re OK.’ It’s definitely more of a muted excitement from everyone in my life. Which, by the way, makes total sense, particularly during a pandemic.”

As for what it’s like raising a boy, Kaling says she doesn’t really see a difference yet. “He’s still so little. I think he’s like seven weeks old, so I haven’t really seen what his personality is going to be like,” she notes. “I do know that my daughter really likes the fact that he’s a boy. I think she feels a little bit less competitive.”

Kaling adds that her daughter was excited to be a big sister, but was a little confused at first. “I told her she was going to have a little brother, she didn’t understand he was going to come out a baby. I think she thought he was going to come out two years old, like her,” she muses. “So, the day before I went to the hospital, she was hiding all of her toys. That was her big thing. We’d be like, ‘Kit, where’s your Elmo?’ And we found it stuffed under the bed because she was hiding it so her brother wouldn’t take it. She was delighted when she found out he was so little and would not be interested in playing with toys for a long, long time. Now she’s really on board with it.”

In addition to having two kids at home under the age of two, Kaling has a lot on her plate work-wise. She’s gearing up for season 2 of her Never Have I Ever show on Netflix, she’s producing and starring in the adaptation of Jennifer Weiner’s Good in Bed and she’s writing a third Legally Blonde movie starring Reese Witherspoon.

“It’s really challenging, because Elle Woods is such an iconic character and so loved,” she says of penning the Legally Blonde 3 script. “Ordinarily, I think I would actually not find that really fun to do because the expectations are set. But because we haven’t seen the character in 18 years, I was excited. We know what Elle was like when she was 21, 22 years old. But what about when she’s 42? That character, so innocent and girly, what is she like when she’s dealing with adult problems and is an adult woman? She’s not a little girl anymore. [From there], I know what the movie is about.”

When it comes to the second season of Never Have I Ever, Kaling teases, “We’re going to see if they end up moving to India or not. [Devi’s] figuring out how not to rage out, because that’s her problem. She has this really bad temper. And seeing if she actually does end up having a boyfriend, or whether she can even be a good girlfriend to these guys. I’m so excited because we had to delay everything because of the pandemic, but now at Universal, they’ve made it really safe.”

Then there’s Good in Bed, which will be Kaling’s return to being in front of the camera. “I’m excited to act again!” she exclaims. “There’s been a lot of stuff I’m working on behind the scenes, which is a wonderful part of my job and really great to do when I have two kids, but it’ll be really fun to be onscreen again.”

Mindy Kaling Dresses Up as Devi From Her Show 'Never Have I Ever': Pic 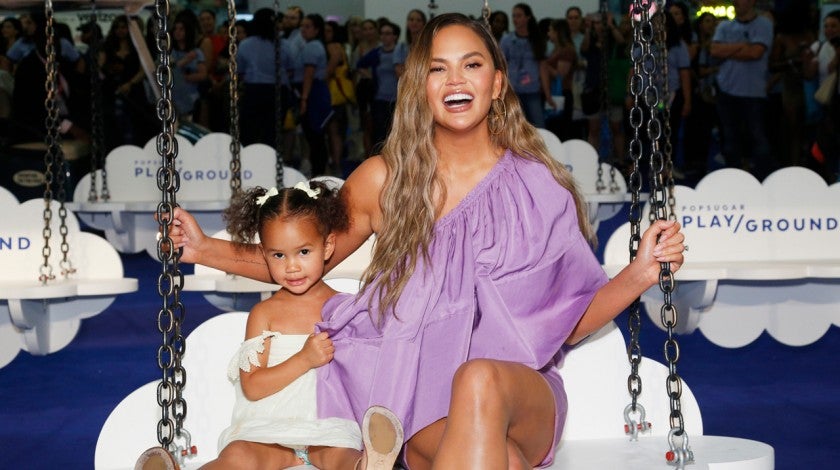