So there’s still trouble in paradise for these royal brothers, eh?! According to one royal expert: That answer is a resounding YES.

During an interview with Fox News, acclaimed filmmaker and True Royal TV co-founder, Nick Bullen, explained all the ways that he believes the Prince William and Prince Harry are still duking it out behind the scenes — even after seemingly letting bygones be bygones in an effort to come together and unveil their mother Princess Diana’s statue in the Sunken Garden at London’s Kensington Palace in July on what would have been her 60th birthday.

“I think it’s very unlikely that we’ll see any resolution between the brothers very soon,” Bullen disclosed. “Everything I’m told is that it is still pretty difficult for them. Obviously, they’ve spoken and spent time with their mother’s family. That was all good and a step forward in the right direction. But there’s no real reason for them to be back together publicly until Jubilee next year,” he continued. But what makes Bullen so sure the brothers haven’t buried the proverbial hatchet once and for all? Keep reading after the jump to find out! 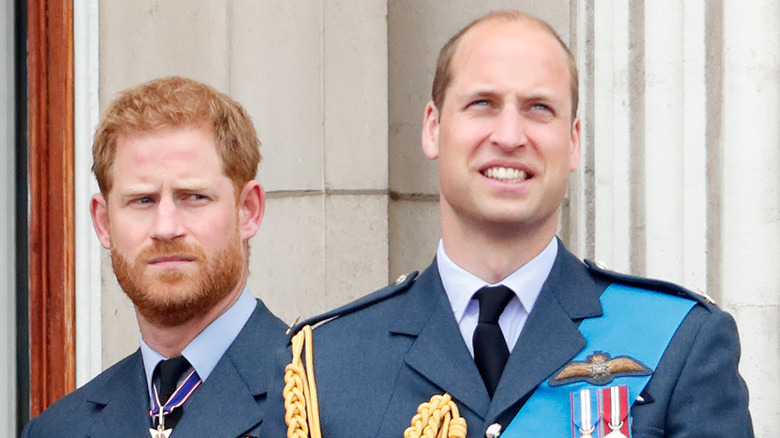 As reported by Fox News, documentarian Nick Bullen has solidified his rightful place as a royal expert after creating numerous pieces about the family for more than a decade, including several new documentaries set to be released in late August, such as “The Royals Revealed: The Royal Family, Are They Worth It?” and “Diana: Who Do You Think She Was?” It’s reported that the documentarian has also collaborated with heir to the throne, Prince Charles, on several projects over the past eight years, so it’s safe to say he’s a true “insider.”

But according to this true-blue royal insider, the writing is on the wall — Bullen doesn’t see a reconciliation between the famous brothers coming anytime soon, but rather, he believes they will continue to “carry on” separately. “I would imagine that they know the right thing to do,” he explained to Fox News. “I suspect they will put their troubles behind them to support the queen. That’s when I think we’ll see that first real public reconciliation,” he predicted.

Following the bombshell interview Prince Harry and his wife Meghan Markle conducted with the famous Oprah Winfrey, wherein the couple made allegations about racism within the royal family, there’s no doubt that these brothers still have a lot of work to do!