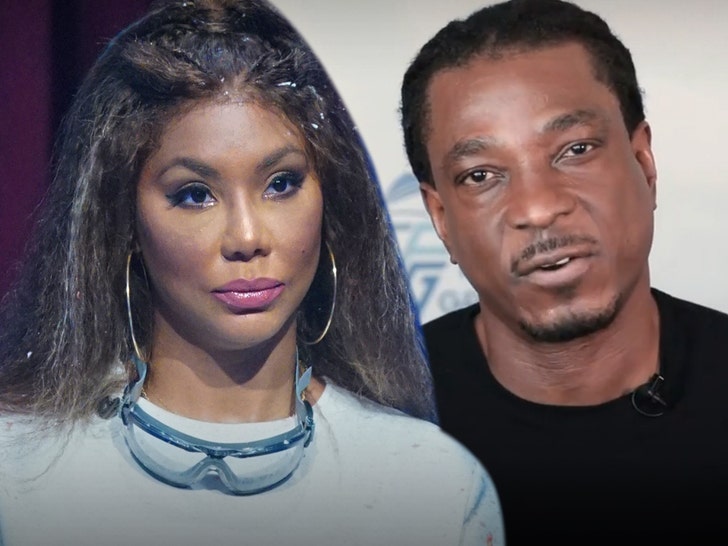 Tamar Braxton needs to shut the hell up about her ex-boyfriend’s alleged infidelity, because he never cheated on her … at least that’s his story, and he wants her to get on board with it.

The singer’s ex, David Adefeso, claims Tamar is straight-up lying when she says he was cheating on her with his former assistant … and he wants her to take back her statement. 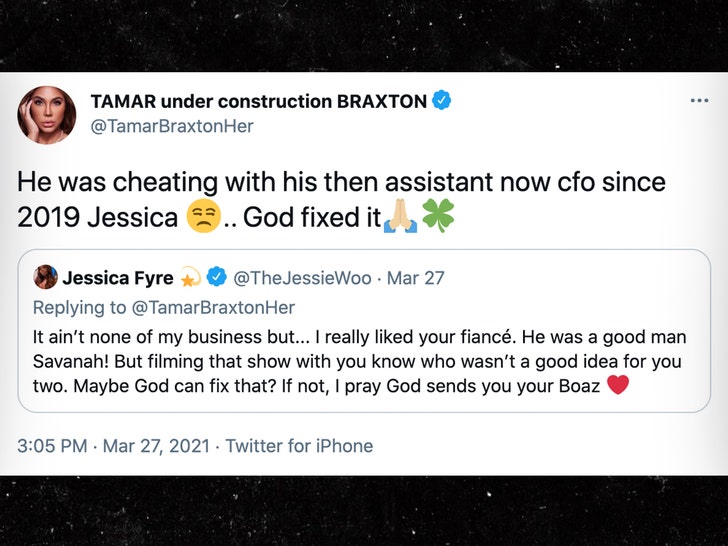 David’s lawyers fired off a cease and desist letter to Tamar, claiming she damaged his reputation by recently tweeting false statements about his cheating ways, which led to several news articles he found unflattering.

In the docs, obtained by TMZ, David says Tamar knew she was lying when she tweeted, and he wants her to delete it, issue a retraction and stop dragging his name through the mud.

As you know, Tamar and David are having a pretty bad breakup … he claimed she beat the crap out of him and threatened to kill him when he was granted a temporary restraining order last September. That order was recently dissolved when neither side showed up in court and Tamar denied the allegations.

Things weren’t much better when they were together … David called 911 in July and reported Tamar’s alleged suicide attempt. At the time, he claimed her WeTV beef was the reason she wanted to take her own life.

Now, David tells us he’s disappointed she “continues to make fabricated accusations about our relationship and has now created a false narrative of an affair that never occurred.” He also says he never gave another woman a second look when they were dating.

We reached out to Tamar … so far, no word back.