HBO’s Westworld and Game of Thrones are two peas in a pod. Both series are dystopian fantasies based on pre-existing stories. Both are the kinds of shows that pull surprise twists towards the end of the season, leading fans to speculate madly. It’s no surprise they share a devoted fanbase, or that HBO used Westworld Season 2 to fill in Game of Thrones‘ usual place in the calendar in 2018 when the latter was off the air for a year. A Game Of Thrones–Westworld crossover was inevitable, espeically since the original Westworld movie included as "Medieval World." But even so, fans could not have imagined it would be so perfect. Warning: Spoilers for Westworld Season 3 follow.

After spending the entire premiere outside the Delos parks, Bernard returned this week. He hoped to locate Maeve, the only host who might be able to go toe-to-toe with Dolores. Instead, he found Stubbs, who had attempted to off himself now that his core mission — getting Bernard away from Westworld safely — was accomplished. With Bernard back in the park and (a wanted man), Stubbs had to keep him moving, a path that led them to "Park 4," where some of the remaining techs were still working.

Fans might have noticed the medieval weaponry on the walls or the grey-haired host in black and gold clothing. But even so, they probably weren’t prepared to see two familiar faces from Game of Thrones production as Bernard and Stubbs rounded the corner.

These weren’t faces seen in front of the camera, but from behind it, showrunners David Benioff and Dan Weiss. And Weiss gleefully announces they have a buyer.

A buyer for what? 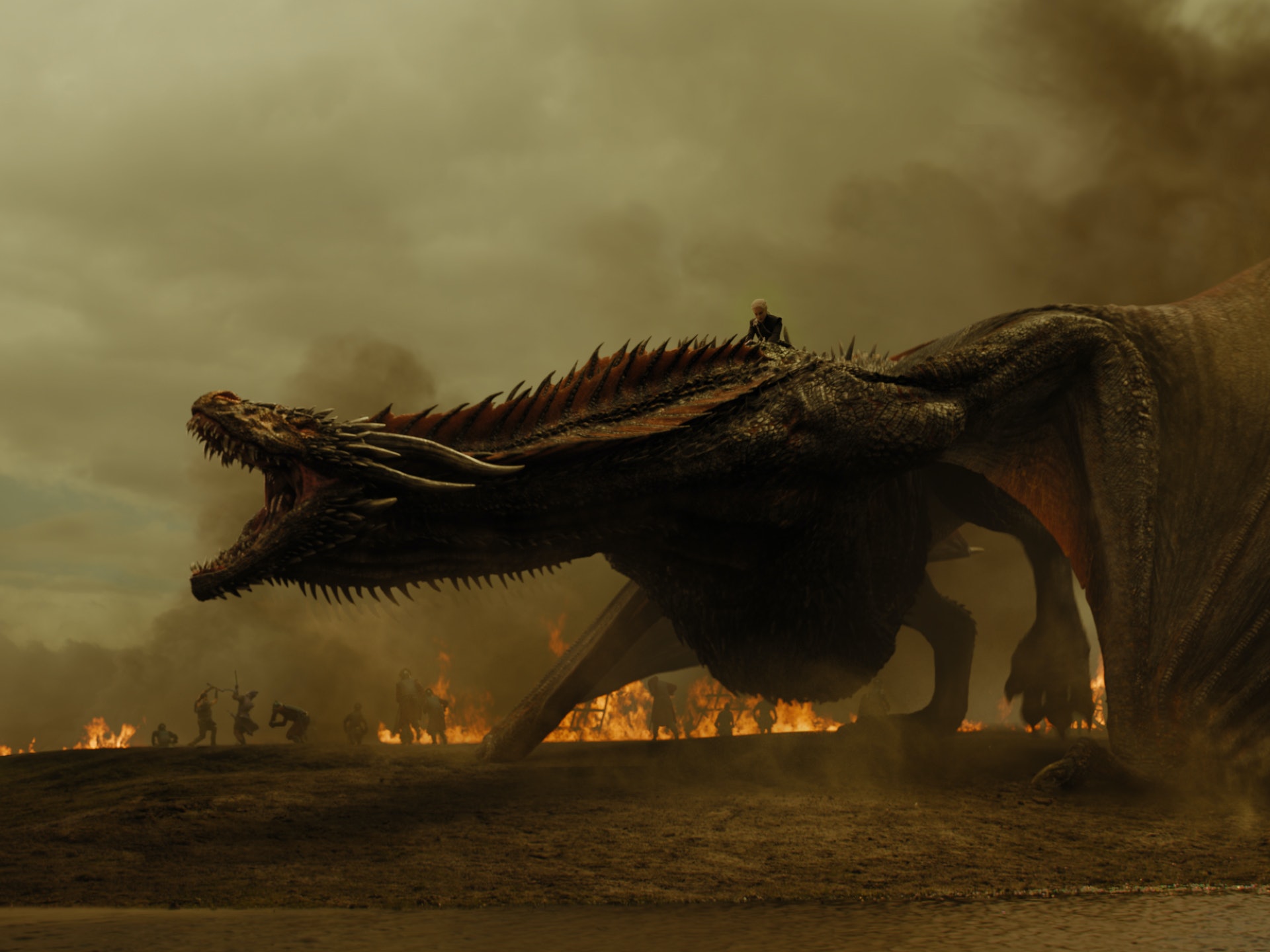 Drogon! A wealthy startup in Costa Rica decided a dragon was perfect for its plans.

But that wasn’t the only reference. (Though fans would have been forgiven for feeling like that was enough.) As Bernard and Stubbs take over a lab, the images on the walls for the park’s design are also familiar. They’re images of the Spanish and Croatian cities and architecture that inspired King’s Landing, Dorne, and Braavos. (At one point one of the Spanish fortresses used in Season 6 flashes behind Bernard’s head.) An outfit that looks suspiciously like Cersei’s Lannister red gown sits on a dummy in the corner.

Meanwhile, across in the next lab, there’s an entire set of musician characters, who just so happen to start playing the Westworld theme. Ramin Djawadi, who composed all eight seasons of Game of Thrones and all three seasons of Westworld thus far, has fun playing with his Westworld work transposed to Game Of Thrones instrumentation.

As he does, the park’s security team spots Bernard. Stubbs has to take them out one by one, first with guns and then with a double-headed ax. It’s not quite the Red Wedding as Game of Thrones world hosts obviously dine in the next lab over, but it’s close enough.