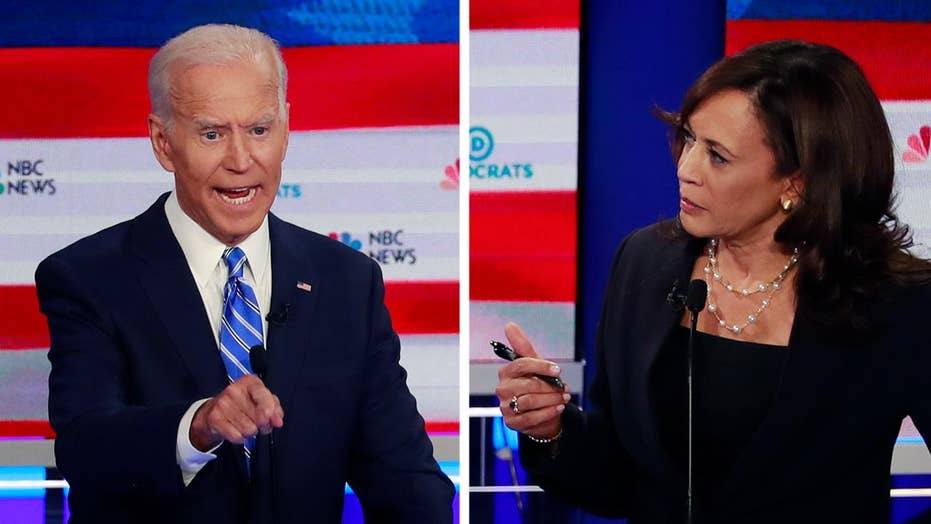 The co-hosts of "The View" had some harsh criticisms for former Vice President Joe Biden over his response to attacks from Sen. Kamala Harris, D-Calif, during Thursday night's Democratic presidential debate.

One of the biggest highlights from the first round of debates this week was when Harris challenged Biden's remarks about segregationists he had worked with in the Senate as well as his record on busing, something she had experienced as a child.

Joy Behar kicked off the conversation by saying it was "clear" that Harris "is not running for vice president" and that she's actually "running for president," later adding that a "Biden-Kamala ticket" is a "winning ticket."

"If there's a ticket, it's the Kamala-Biden ticket," co-host Sunny Hostin responded.

"I would take it either way, frankly," Behar said.

Guest host Ana Navarro shared her experience attending the debates in Miami and how an "audible gasp" could be heard in the room during the fiery exchange.

"Job Biden looked so gobsmacked and sad, I almost felt like going on stage and squeezing his shoulders," Navarro quipped. "Last night, he got a rude awakening. He's going to have to engage because you had [Rep. Eric] Swalwell telling him to 'pass the torch' and you have Kamala torching him!"

Hostin dinged the Democratic front-runner for not being prepared for the "pre-planned attack" from Harris, pointing to her tweet hinting that she would confront him on busing.

"What I think this country needed to see is that a woman can stand toe-to-toe with Donald Trump on a debate stage and eviscerate him," Hostin told her co-hosts. "She gave us that moment. I am clear in my mind that she can him on."