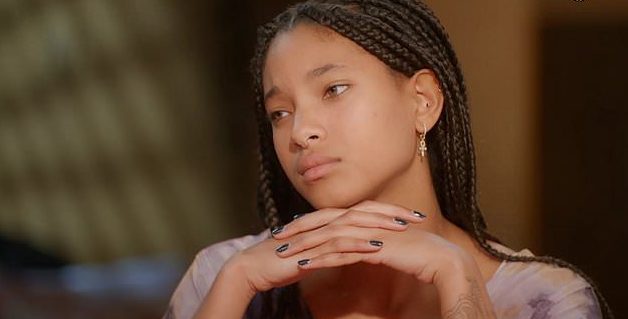 Willow Smith has come out as polyamorous in a candid chat with her mother Jada Pinkett Smith.

The 20-year-old musician explained that she’s keen to find a relationship style that works for her, without society’s expectations influencing it.

She opened up about polyamory and what it means for her.

The PrettyGirlz hitmaker, who’s just dropped the video for her single Transparent Soul, has been fairly open about her sexuality and how she feels about relationships.

In fact, she and Jada, 49, also recently discussed their attraction to women on their show Red Table Talk.

Willow has been less open about her specific relationships, opting to keep her romantic life a bit more private.

Is Willow Smith polyamorous – and what does that mean? 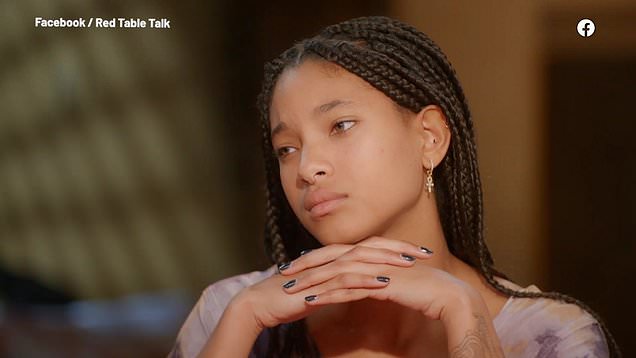 Polyamory is not considered cheating, because all parties are aware of all other parties involved and consent to their involvement.

Willow opened up about being polyamorous in a candid chat on Red Table Talk.

The chat began with Jada asking Willow to explain how she came to choose a polyamorous lifestyle.

Willow replied: ‘With polyamory, I feel like the main foundation is the freedom to be able to create a relationship style that works for you and not just stepping into monogamy because that’s what everyone around you says is the right thing to do.’

She continued: ‘So, I was like, how can I structure the way that I approach relationships with that in mind? Also, doing research into polyamory, the main reasons why monogamous relationships – or why marriage, why divorces happen – is infidelity.’

Jada recalled the moment her daughter spoke to her about polyamory as she stated: ‘When you were like, “Hey, this is my get down”, I was like, “I totally get it.”

‘Wanting to set up your life in a way that you can have what it is that you want, I think anything goes as long as the intentions are clear. You know what I mean?’

Her maternal grandmother, Adrienne ‘Gammy’ Banfield Norris, found it harder to get her head around the idea as she stated: ‘For somebody like me, it feels like it’s really all just centered around sex.’

However, Willow explained that her decision was more motivated by freedom, than sex.

She also clarified that she does not want to get married.

How does Willow Smith define her sexuality?

Willow hasn’t labelled her sexuality beyond saying she’s polyamorous, but has said she is attracted to men and women equally, and that she would like a male and female partner.

In an episode of Red Table Talk in 2019, she explained: ‘I love men and women equally and so I would definitely want one man, one woman.

‘I feel like I could be polyfidelitous with those two people. I’m not the kind of person that is constantly looking for new sexual experiences.

‘I focus a lot on the emotional connection and I feel like if I were to find two people of different genders that I really connected with and we had a romantic and sexual connection, I don’t feel like I would feel the need to try to go find more.’

More recently, she told Jada on the show: ‘I’ve had my fair share of swooning and being like, “Oh my God, she’s so beautiful. She’s so talented”.

‘I don’t feel like I’ve been in love with a woman just yet, but I definitely feel like it could happen because I’ve had very strong feelings for women before.’

Jada replied that she’s also ‘swooned a lot’ about women when she was in her twenties.

She added: ‘Two times I’ve been infatuated with a woman.’

Who is Willow Smith dating?

Willow is rumoured to be dating Tyler Cole, and has brought him onto Red Table Talk.

She and Tyler, 22, were first linked back in 2018 when they were spotted on a date, but tend to keep their relationship relatively low-key.

They had teamed up in March to hold an exhibition at the Geffen Contemporary at the Museum of Contemporary Art Lost Angeles, which saw them spend 24 hours locked in a glass room to demonstrate all the stages related to anxiety.

Still keeping coy on the nature of their relationship, Tyler was introduced by Willow’s mum Jada as a ‘close family friend’.

Willow did a little dance in her seat as mum Jada called to bring Tyler out on set and then said: ‘Tyler is a talented musician, film-maker, actor and close family friend and he’s extremely passionate about today’s RTT, so we had to have him at the table.’

Got a story?
If you’ve got a celebrity story, video or pictures get in touch with the Metro.co.uk entertainment team by emailing us [email protected], calling 020 3615 2145 or by visiting our Submit Stuff page – we’d love to hear from you.