Spoiler alert: This post contains spoilers for Riverdale Season 5, Episode 5, "Homecoming." While a lot seems to have changed in the seven years since the Core Four left Riverdale, one thing seems to be the same: There’s still plenty of drama, and danger, lurking around every turn. And it looks like one of the biggest threats this season isn’t necessarily a person — it’s a vehicle. But who’s driving the killer truck on Riverdale? The last scene of "Homecoming" was very grim.

Granted, since graduation, it’s clear Riverdale has suffered. The neighborhood the Cooper’s live in, which once used to be coveted, is now home to drug dealing Ghoulies. Additionally, businesses are shutting down and the school was on the brink of closing its doors (but is now staying open, thanks to Archie, Betty, Jughead, and Veronica agreeing to step in as teachers).

At the helm of Riverdale’s demise was Mayor Hiram Lodge, who actually dissolved the township of Riverdale in the final few moments of the Feb. 17 episode. And while it seem like the pounding of his gavel was the scariest moment of the episode, the very last scene makes Hiram Lodge look *almost* pleasant. Enter: The Killer Truck. 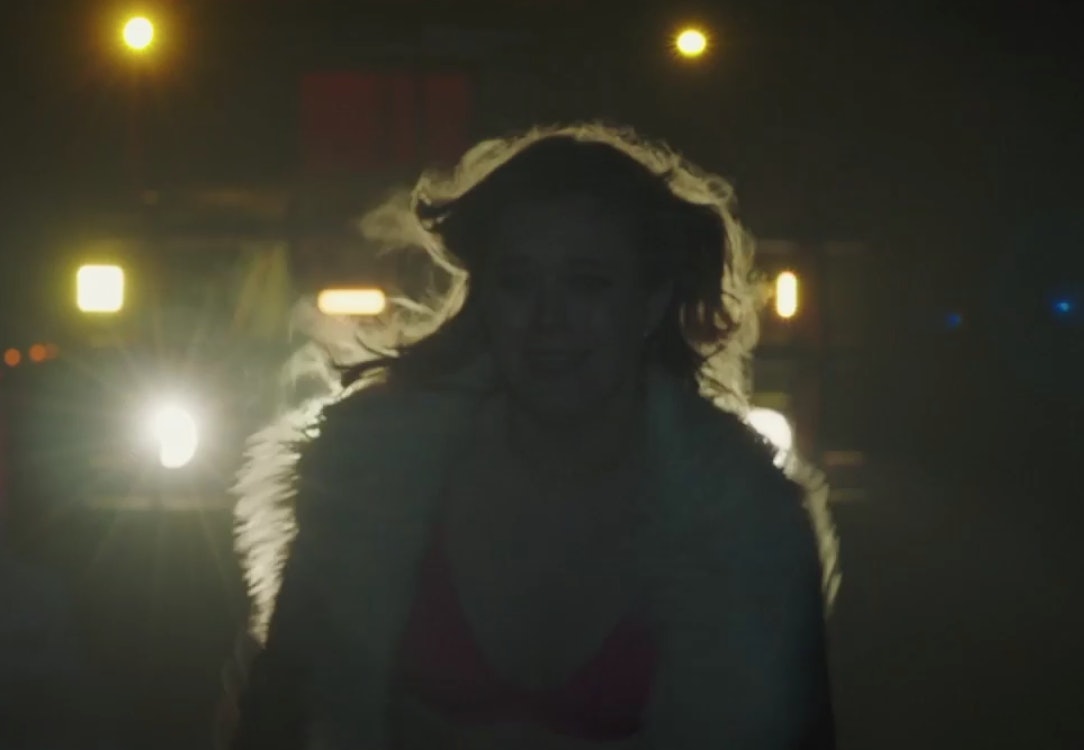 Heading into Season 5, fans were expecting the appearance of a sinister truck. Back in Aug. 2020 showrunner Roberto Aguirre-Sacasa shared a promo photo for Season 5, and the image featured a woman running from a truck with the Riverdale sign in the background.

Then on Halloween Aguirre-Sacasa shared another photo of a large truck with a skeleton chained to the front. The caption read: "Beware the Lonely Highway, and the truck that cruises its byways at night."

So fans knew a sinister truck would be at the center of some deadly happenings, but what they didn’t know is that it would first be seen chasing Betty’s sister, Polly. After the Cooper sisters get in a fight, Polly storms out of the house. Later, Betty expresses her concern about Polly not returning home, but Alice Cooper says it’s just what Polly does, and she’ll return when she’s ready.

Now unfortunately, fans aren’t so sure that’ll happen. The very last scene of Episode 5 showed Betty calling Polly and apologizing. As she’s leaving a voicemail, the image cuts to Polly running along a dark, misty road, with headlights from a large truck chasing her down. Polly looks visibly terrified, and Betty’s voice is heard saying "please, please come home," before the episode ends. In the scene, Polly was wearing the same clothes she wore during the sisters’ fight… which happened at least a day before Betty leaves the voicemail.

It’s unclear who is driving the truck (if anyone. Maybe it’s something supernatural), but considering the vehicle is hunting down a Cooper, it looks like they’re not afraid to attack influential families. Only time will tell whether Polly makes it home, but either way, The Killer Truck is definitely one villain the citizens of former Riverdale should try steer clear from.

New episodes of Riverdale air Wednesdays at 8 p.m. ET on The CW.