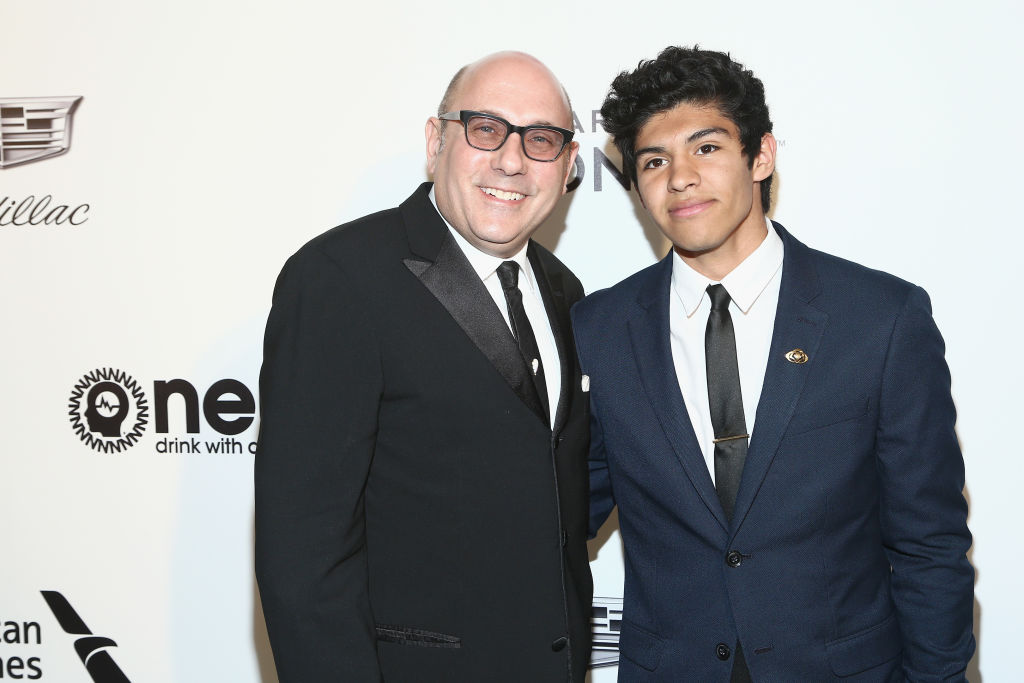 Willie Garson’s beloved son Nathan has called his father ‘the toughest, funniest and smartest person I’ve known’, after the Sex and The City star’s death.

Garson has died aged 57 after a short illness, having been diagnosed with pancreatic cancer.

The actor, best known for playing Stanford Blatch on Sex and The City, was dad to 20-year-old Nathen, who he adopted after meeting him when he was seven years old at an adoption fair.

Nathen posted a series of pictures of his late father to Instagram, and thanked him for ‘sharing his love’ with him.

The college student wrote: ‘I love you so much papa. Rest In Peace and I’m so glad you got to share all your adventures with me and were able to accomplish so much. I’m so proud of you. I will always love you, but I think it’s time for you to go on an adventure of your own. You’ll always be with me.

‘Love you more than you will ever know and I’m glad you can be at peace now. You always were the toughest and funniest and smartest person I’ve known. I’m glad you shared your love with me. I’ll never forget it or lose it.’

Selma Blair commented on Nathen’s post: ‘He was worth loving. His only everything is knowing you are alright. More than alright. Our children are the ones we give all our love . Our last talk. I wish there was never a last talk with Willie. I will miss him so much.’

Garson’s friend Sharon Lawrence wrote: ‘Nathan, you were the light of his life. Those of us who knew him before he found you, saw the difference in him as he fell in love with you as sweet little boy. What a gift it must have been to feel the warmth in his heart from the moment he chose to hold you close. His love is with you always and those of us who love and admire him are grateful for the happiness being your Dad brought him.’

Glee star Kevin McHale added: ‘I’m so so sorry Nathen. How lucky you two were to have had each other. Seeing how he loved you was one the greatest things to witness.’

Garson often posted pictures of his son to social media, and back in July, he wrote a sweet birthday message reading: ‘Happy Birthday to my little devil, an adult now, more than any concept of son I could have imagined, with the best heart I know. Love you more than I could imagine I am able to. May this next year of college be the springboard to your future, and know that I and many others are with you always. I adore you @nathen_garson.’

Garson officially became Nathen’s father in January 2010, more than a year after first laying eyes on him at a Los Angeles adoption fair in October 2008.

He previously told People: ‘He was balancing himself on a curb, and I was like, “That’s my kid”. I knew it right then.’

The White Collar star added that: ‘Most people want infants, but I fell in love with Nathen.’

Garson had hoped to get married and start a family, but decided to adopt three years before he met Nathen when he realised that he was no closer to finding his dream woman, but desperately wanted a child.

He said: ‘I just reached a point of “What am I waiting for?” I don’t care if I ever get married, but if I never have a kid?’

Garson’s Sex and The City castmates and colleagues have led the tributes to the star, with Cynthia Nixon calling him a ‘source of light’.

The actress, who plays Miranda Hobbes, wrote: ‘So deeply, deeply sad we have lost @Willie.Garson. We all loved him and adored working with him. He was endlessly funny on-screen and in real life. He was a source of light, friendship and show business lore. He was a consummate professional— always. My heart goes out to his son, @Nathen_Garson. Nathen, I hope you know how much he loved you and how proud he was to be your dad.’

Mario Cantone, who played Stanford’s husband Anthony Marentino, added: ‘I couldn’t have had a more brilliant TV partner. I’m devastated and just overwhelmed with Sadness. Taken away from all of us way soon. You were a gift from the gods sweet Willie. Rest …I love you.’

At the time of his death, Garson had reprised his role of Stanford for the limited series And Just Like That…, alongside the original cast of Sex and The City.