Are Euphoria costars Zendaya and Jacob Elordi dating? Although Elordi has denied the rumors, a sweet moment that the two seemingly shared in New York City says otherwise.

On Monday, the pair were photographed in SoHo sitting on a bench. Zendaya, clad in a tan coat and gray pinstriped pants, had her head bent down as she was looking on her phone. Elordi, in an NY baseball cap and all-black outfit, had his lips pressed against the crown of her head. Was it a kiss? Was he whispering into her hair? Does he do this with all the Euphoria cast members? 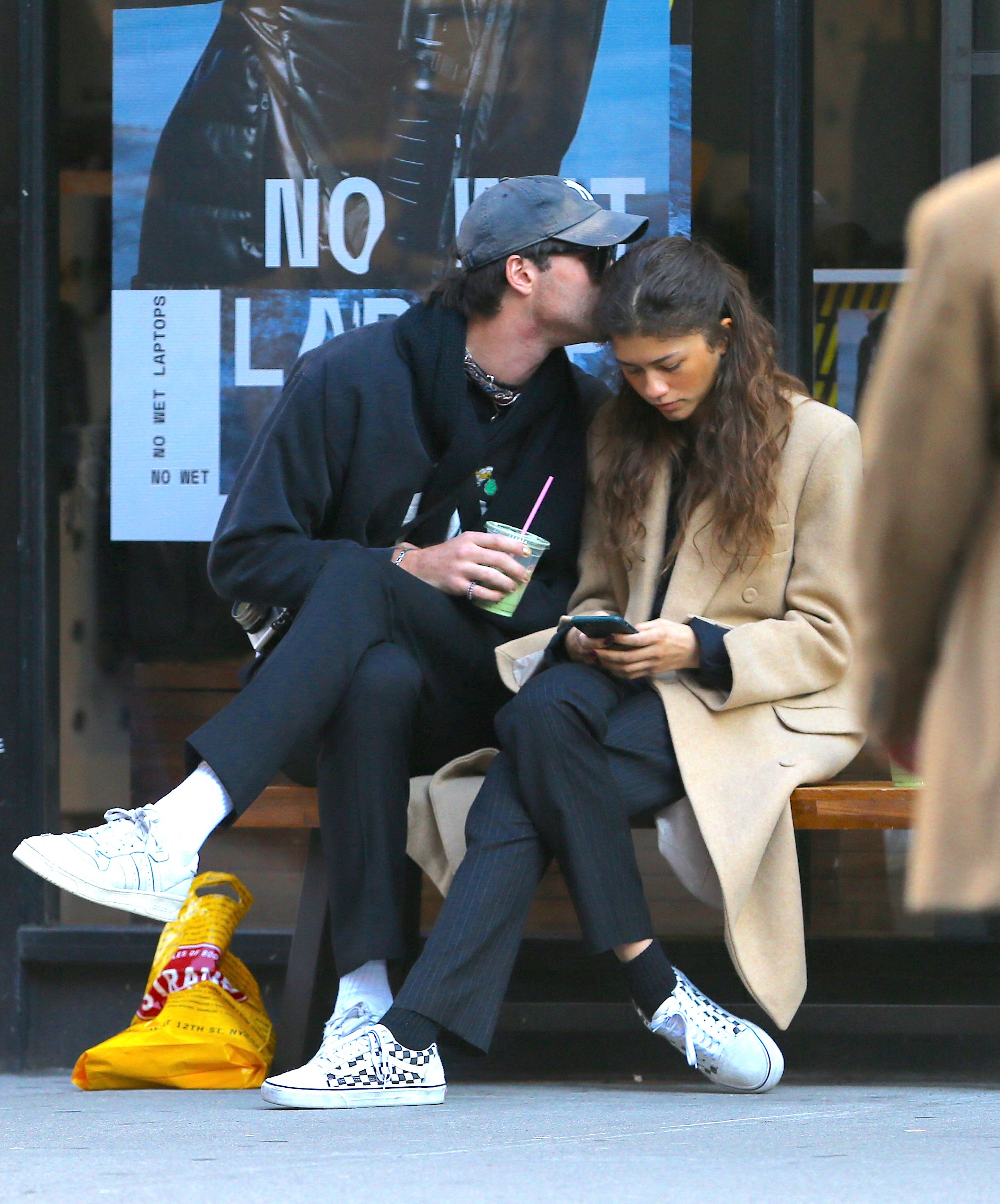 Speaking to GQ Australia last November, Elordi denied the rumors. “She’s like my sister,” he said of Zendaya. “Zendaya is an amazing creative, you know? She’s super dope to work with. She’s an incredible artist and a very caring person to all of us.”

They first sparked dating rumors last August, when they were caught in the background of a tourist’s photo in Greece. Then, in October, the two reportedly caught a movie together in Los Angeles. “It was just the two of them out together,” a source told Us Weekly at the time.

Damn bae never lets me get a pic alone

Zendaya also reportedly met Elordi’s family during a Thanksgiving vacation in his home country of Australia. Some fans even snapped a photo of Zendaya strolling with his parents. Whether or not the two are dating, they’re obviously extremely close.