The Marvel Cinematic Universe goes on, of course. But even so, Avengers: Endgame did mark a seismic shift for the MCU. Several major Marvel heroes met their ends in the 2019 blockbuster. And despite a three-hour runtime, Avengers: Endgame riveted fans with a time-travel tale culminating in a visually thrilling final battle. But that last stand against Thanos (Josh Brolin) was almost far less satisfying. 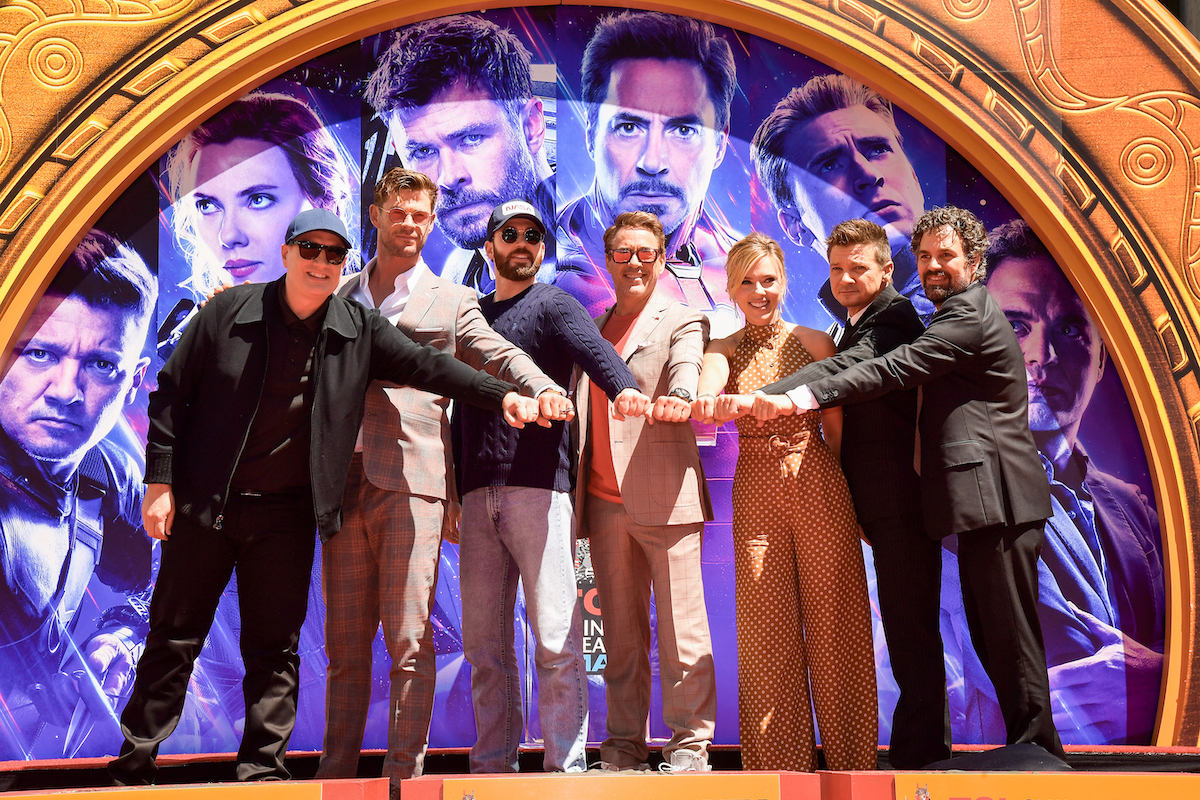 After more than 20 films of build-up, Avengers: Endgame finally gave fans what they’d been waiting for. As Thanos and his army attack Avengers headquarters, the heroes scramble to mount a defense. Ultimately though, it boils down to just a beaten-down Captain America (Chris Evans). Then, in the nick of time, his fellow heroes return to even the odds.

As it turns out, Hulk’s use of the Infinity Gauntlet succeeded in resurrecting half of all life. Armed with Mjölnir, Cap leads just about every MCU hero into battle. And then, for the first time in the MCU, Avengers: Endgame allows Cap to utter those two immortal word: “Avengers, assemble.” The battle rages on from there, but most fans would agree the slow build to that moment was worth it.

But the MCU game-changer almost featured a much quicker entrance

With the exception of Captain Marvel (Brie Larson), the entire Avengers: Endgame cast emerges in that key moment. The magic trick of that scene is how Hawkeye (Jeremy Renner) and Ant-Man (Paul Rudd) confirm Hulk’s Snap worked.

But then so much happens so quickly that audiences all but forget half the movie’s heroes have returned. But the reveal of heroes joining the battle — i.e., the “Portals” scene — almost happened much faster, editor Jeff Ford told Slashfilm.

“In the original version, the portaling was pretty much as scripted, but it happened very quickly. It also happened in a way that was happening sort of around Cap. The conceptual change that we made was that Cap would experience that, and we’d see it from his point of view. …

So that idea was something that kind of evolved as we were talking about the sequence, and we designed a way to do that, that then demanded we do, ‘Well, wait a minute, now it’s a cascade of all these other portals from other places.’

And we had to very carefully modulate who it would be, knowing that when Cap sees Spidey, those are character connections that make sense from the earlier stories. But also, it’s what the audience is also keying on. It keeps happening and keeps happening.”

Truly, the slow build as each revived hero gets his or her moment to shine makes the “Avengers, assemble” moment far more powerful. As much as instant gratification could have worked, this gradual unveiling of all the MCU heroes does wonders for Avengers: Endgame.

Is ‘Endgame’ the end of the ‘Avengers’ movies?

Considering how much the MCU heroes sacrifice in Avengers: Endgame, fans are understandably confused about what comes next. After all, the six original Avengers are all either dead, retired, or severely injured, leaving the team’s fate unknown. But is Endgame the end of the Avengers? Yes and no.

Marvel has more or less confirmed more Avengers are coming. Yet, the fate of the team’s roster so far indicates that Earth’s Mightiest Heroes are no more. But with even greater threats on the horizon, the world of the MCU will need a superhero team. At this early stage of Phase 4, it’s unclear whether another hero will relaunch the same team or if another one will emerge soon.

Certainly, Phase 4 heroes such as Doctor Strange (Benedict Cumberbatch) and Captain Marvel are fit for leadership roles. But some rumors indicate a Young Avengers, A-Force or even Illuminati movie could be in the cards in lieu of a traditional Avengers line-up. Fans will just have to wait and see how the MCU shapes up in the wake of Avengers: Endgame.